The Best Museums To Visit in Muscat 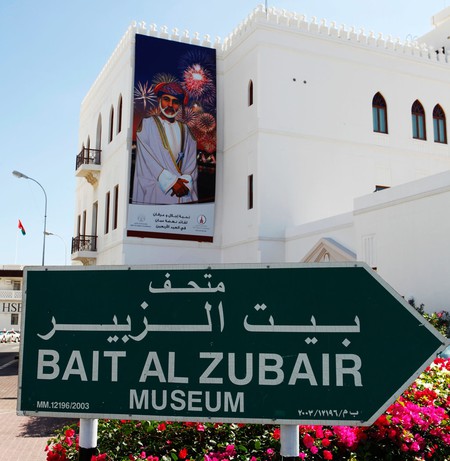 Oman’s strong sense of identity and culture have inspired the establishment of numerous museums throughout the capital city, Muscat. From a state-of-the-art, multimillion-pound national museum to centuries-old consulates, these institutions are playing a key role in preserving the Sultanate’s unique heritage and sharing it with the world. Make Oman’s historic legacy a part of your adventure by visiting these museums.

The National Museum of Oman 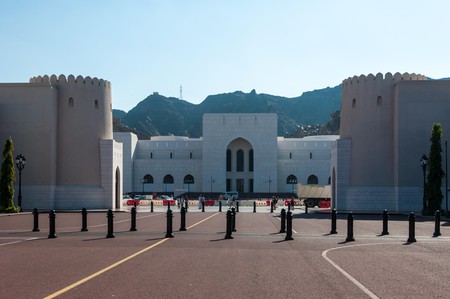 The National Museum of Oman should be first on anyone’s list: it is not only the largest museum in the Sultanate; it also houses tens of thousands of artefacts in its collection that comprehensively tell the nation’s story. It is this comprehensive, all-inclusive approach that makes it a true bearer of the term ‘national’, with its many rare and stunning pieces showcasing Oman’s pre-Modern Islamic architecture and culture, its role as a major player in the region and East Africa during the colonial era and its modern-day economic resurgence since 1970. No museum in the nation does a better job of sharing the story of Oman with newcomers.

The state-of-the-art building is situated right across from the Sultan’s palace in Old Muscat, where most of the city’s most atmospheric historic architecture can be found. This includes a number of landmarks that played an integral role in the Sultanate’s history, such as the Portuguese-built Jilali and Mirani forts, the old gates of Muscat and several other museums. Starting with The National Museum, an entire day can be spent soaking in the country’s vibrant and exciting history.

Its permanent collection is divided into several galleries, each devoted to a particular theme. They include the Land and the People Gallery (which focuses on prehistoric artefacts), the Maritime Gallery (which focuses on Oman’s relationship with the sea), the Oman and the World Gallery (dedicated to the country’s relations with the outside world) and the Renaissance Gallery (devoted to telling the story of Oman resurgence over the past 47 years). 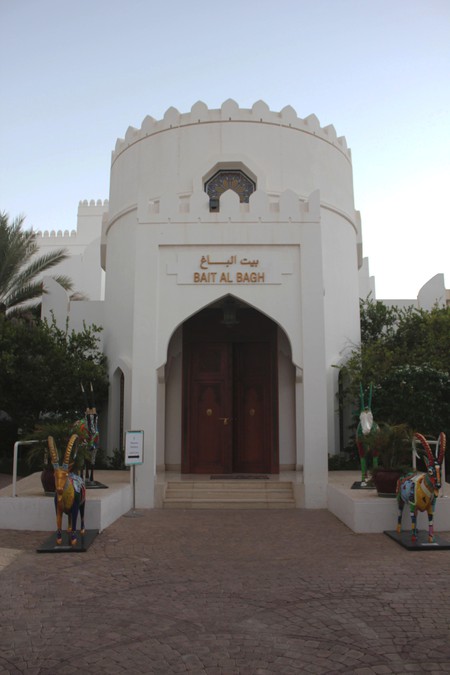 Located in Old Muscat, minutes from The National Museum, Bait Al Zubair is a private museum and cultural complex that has given visitors an insight into Oman’s rich heritage since it opened its doors in 1998. What sets Bait Al Zubair apart is its rich collection of artefacts, weapons and displays showing the many unique and distinctive cultures that vary from one region of Oman to the other.

The complex includes several buildings, starting with the centrepiece and home of the main museum, Bait Al Bagh. The structure is instantly recognisable from Bait Al Zubair’s entrance, thanks to its white tower, carved wooden doors and distinctive design. Named after a house built on this site by the museum founder’s father in 1914, its vast collection includes artefacts that go back five centuries. The outside of Bait Al Bagh adds to the traditional vibe, with atmospheric date palms, trees and flowers shading a traditional falaj and adding to its grandeur.

The adjacent Bait Al Dalalil is also worth a stop, being more than 100 years old and furnished to provide guests with insight into the traditional decor of Omani homes during the early to mid-20th century. This includes its very own date storage, internal well and shuttered windows that would have helped residents control air circulation and light. Part of Bait Dalaleel has been turned into a café and cultural centre where guests can relax after touring the complex. Bait Al Oud, or the grand house, includes displays of old engravings, photographs, miniatures, maps and furniture that offer a glimpse into life in Muscat among its elite mercantile families. Last but not least, the four-storey Bait Al Nahdah is home to a permanent gallery that will fascinate art lovers.

Also known as Bait Nasib, Bait Al Baranda is a historic building that is home to a small but exquisite collection charting the history of Muscat. Renowned for its iconic veranda, the local Arabic name for which, baranda, is memorialised in the museum’s name, the building was home to the American Mission in 1909, when it was used as a clinic. After the mission moved out, the home fell out of use for a number of years until it was bought by the British Council in 1972. The council commissioned John R Harris Architects to restore the property and maintain as much of its traditional character as possible, resulting in an extraordinary, one-of-a-kind structure that retains its Arabian heritage and character.

Situated less than five minutes from Muttrah’s famous Corniche, the museum tells the history of Muscat from its prehistoric age, complete with dinosaur bones, through to the Portuguese colonial era and its emergence as Oman’s national capital. Visits to the museum, given its location at the entrance of Muttrah, are best combined with trips to the nearby Muttrah Souq and fort. 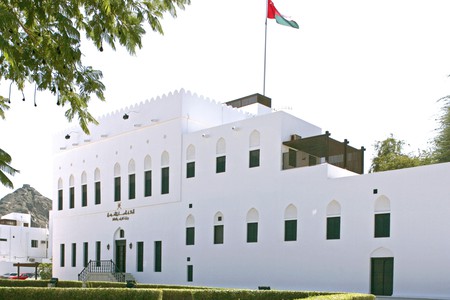 Another museum located in Old Muscat, the Omani French Museum details the extraordinary and surprising relationship between the Sultanate of Oman and France, a relationship that goes back to before the first French Republic and features plenty of twists and turns linked to France’s struggle for supremacy over its imperial rivals. The story of these two nations could not be told in a better place: the whitewashed, palatial, traditional Omani home was once the site of the French Consulate in Muscat.

Known as Bait Faransa, or the French House, this beautiful structure is said to have been built between 1820 and 1840 for Sayyida Ghaliyah bint Salim bin Sultan, a member of the ruling dynasty. It has its own garden and a grand arabesque design, and the story behind its name is equally fascinating. France, whose relationship with Oman goes right back to the 16th century, had tried to establish a consul in the Sultanate for years, but its first consul to take up residence was Paul Ottavi, who did so in 1894 after Sayyida Ghaliya’s former house was gifted to France by Sultan Faysal bin Turki.

A total of 13 French heads of mission resided in Bait Faransa, with the last to do so leaving in 1920. While the French maintained the lease until 1945, the property would later be leased to the British Bank of the Middle East and then petroleum Development Oman, who used it to house their Muscat Representatives until 1977. Bait Faransa was later renovated, and in 1992 was opened to the public as the Omani French Museum.