The Best Beaches to Visit in Oman 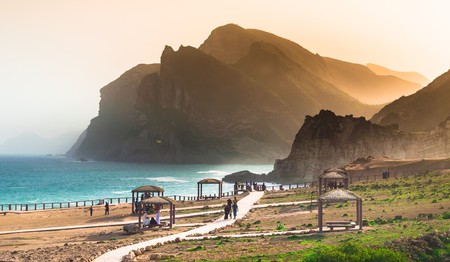 Perched on the edge of the Arabian peninsula – where the endless desert meets the clear ocean – Oman is a beach-lovers paradise.

Popular beaches fringing coastal cities draw the crowds, but there are hidden bays and deserted sands to be explored as well – where you may even spot a turtle or two. Whatever your beach style is, we’ve rounded up Oman’s best beaches, including some local secrets. Enjoy. 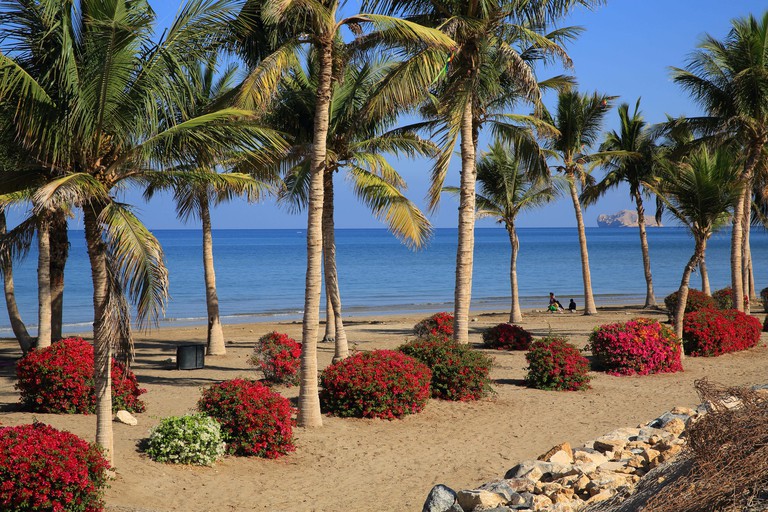 In the capital of Muscat, this swathe of sand fringes the coast. Qurum Beach is a social place where joggers, cyclists and walkers come to catch the sea air. Dander along the palm-shaded promenade that runs alongside the beach, or stretch out on the sand and catch a beautiful Arabian sunset. Five-star hotels back onto the beach, bringing loungers and parasols with them – and there’s a healthy crop of beach cafés and restaurants nearby. 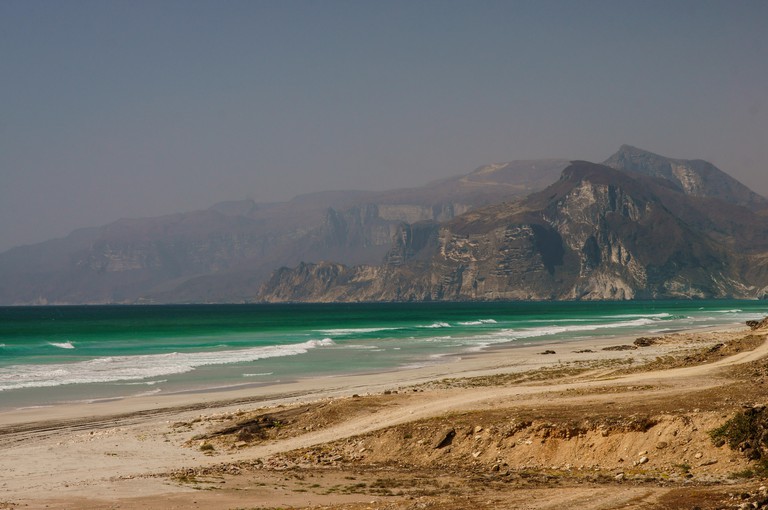 In Oman’s more temperate south – just along the coast from Salalah – the craggy cliffs give way to a long stretch of soft sand. Mughsayl Beach is a favourite with locals who flock here to play beach football or catch the sunset. It’s flanked on both sides by mountains, made misty in the sunset for a picture-perfect vista – there’s also a dramatic blow-hole where the sea sprays up through the rocks like a geyser. 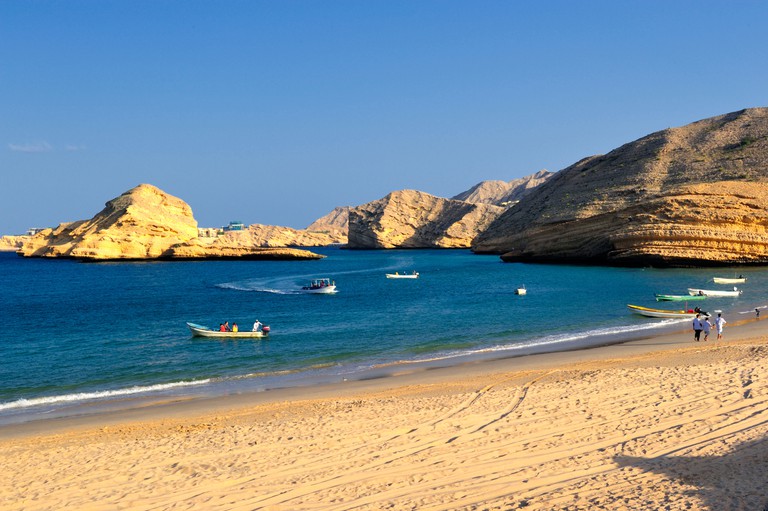 A horseshoe-shaped bay protects Bandar Jissah beach from the elements, meaning good boating conditions in the crystal-clear water. More rocky than sandy, the coastline here is filled with ethereal rock formations and sea arches. It’s a 15km (9.3mi) drive from Muscat, making it a popular weekend destination for city folk. Fishing boats putter in and out and water taxis wait in the shallows waiting to take you out to sea for beautiful views of the rocky coastline. 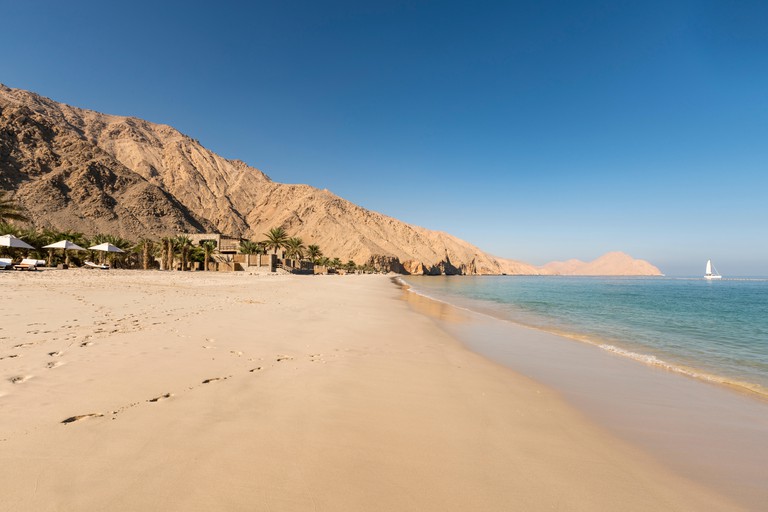 © Glen Pearson / Alamy Stock Photo
The Musandam fjords are coastal inlets where water of every shade of blue meets the Musandam peninsula – resulting in a series of secluded bay beaches. If you don’t mind twisting mountain roads, you’ll find some of the best beaches in Oman to be almost completely deserted. Perhaps a more leisurely way to discover each cove and sandy stretch is by dhow, a traditional wooden boat – you might even spot a dolphin or two swimming off the shore.

On the eastern tip of Oman, Tiwi beach is a little secluded nook in the coastline. Sand and sea-worn rocks shelter the bay, which has been twisted into other-worldly shapes. It’s pebbly underfoot – rather than sandy – and there are no cafés or changing facilities, but it’s the kind of place you visit for the beauty of nature. Or to hike and climb the nearby Wadi Tiwi and Wadi Shab. 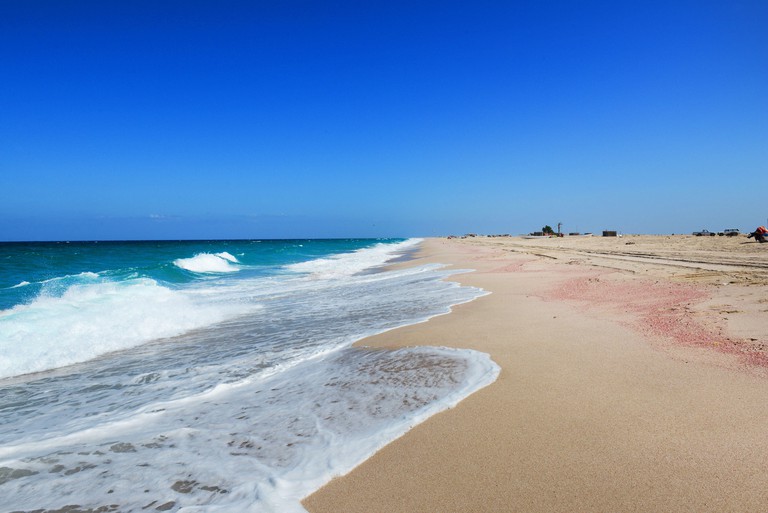 The first thing you might notice about Ras Al Hadd beach is the unmistakable turtle tracks in the soft sand. The bay has been declared a green turtle sanctuary and every year, mother turtles lay their eggs and babies make their slow journey into the sea. There’s a little history to the bay as well – during World War II fighter planes took shelter here and you can still see the markings of the old airstrip. 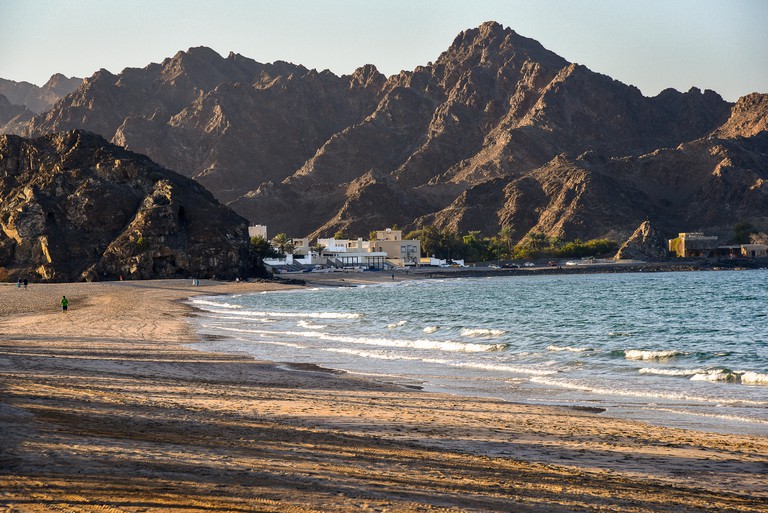 A lesser-known Muscat beach – except to locals and those staying at the opulent Ritz Carlton – this sandy stretch is in Al Bustan village, to the south of the city. Fishermen still wind their nets in on the shore here and though the soft sand and crystal shallows are the stuff of paradise beach dreams – the absence of facilities keeps the place blissfully quieter than other Muscat beaches. If you’re just looking for the simple beauty of sun, sea and sand in Muscat, this is the spot for you. 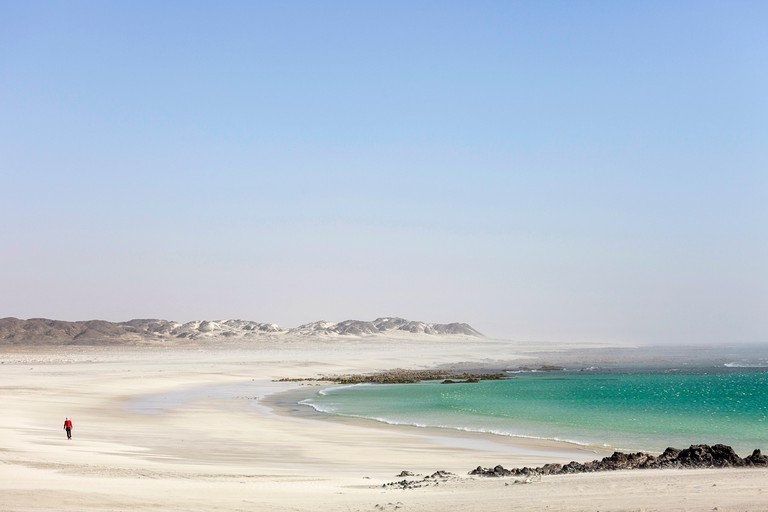 © Matjaz Corel / Alamy Stock Photo
As Oman’s largest island, Masirah Island is cast out in the Indian Ocean and is the ultimate desert island escape. Beaches of pristine sand fringe the shore and are home to flamingoes, among 300 other bird species – and the largest number of loggerhead turtles in the world. To say it’s a wildlife lover’s paradise would be an understatement. It’s an hour and a half boat journey from Shannah Port and there are a handful of guesthouses – though camping on the beach is also permitted here. 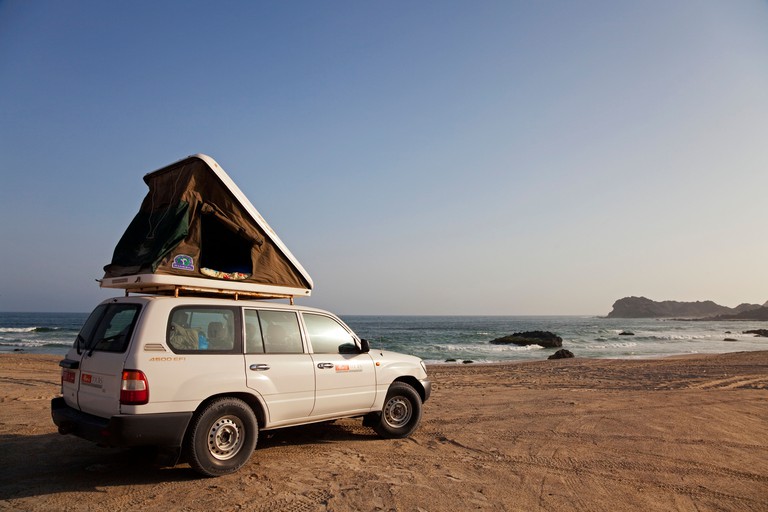 Halfway between Muscat and Salalah along Oman’s coast, the port town of Duqm is surrounded by deserted beaches. The absence of humans has allowed nature to flourish on these long stretches of empty sand. Between the occasional cluster of turquoise fishing boats, you’ll spot armies of crabs, rare birds and reefs teeming with marine life – if you choose to snorkel. There’s also an oryx sanctuary inland, where you can see the majestic Arabian deer.

Explore more of Oman’s natural beauty by visiting sand dunes, mountains and wadis in and around the country’s capital. While in Muscat dine in some of the best vegetarian restaurants there are and stay in one of the city’s range of impressive hotels – now bookable on Culture Trip.

This is a rewrite of an article originally by Gehad Medhat.