The Ancient Tradition of Bullfighting in Oman 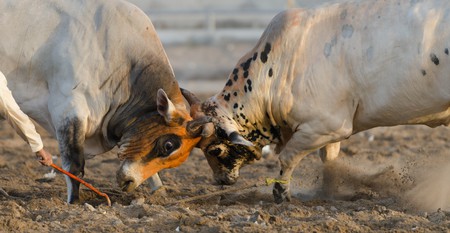 Bullfighting in Oman is an ancient ritual that, in the region of Batinah, still draws in thousands of spectators every week. But why is this tradition still so popular?

As Omanis of all ages gather in a makeshift ring in the northern Omani town of Mussanah for an hour of bullfighting, an old man speaks of the origins of the pastime in the sultanate.

He describes a local legend: one day in northern Oman, a bull flew into a rage, escaped its owner’s hold and attacked another bull. The second was tied up at the time and could not fight back. When news spread that the angry bull had won the fight, the owner of the second refused to accept defeat, and demanded a rematch in front of everyone. This, he says, was the start of a uniquely Omani tradition. 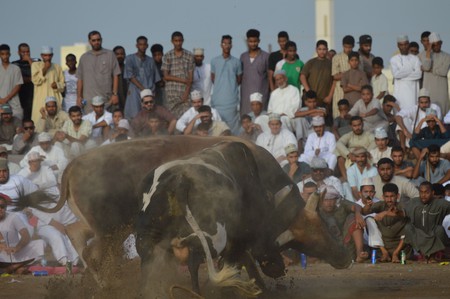 It is an often-discussed tale in Mussanah, but its accuracy has been disputed. Bullfighting is likely to have arrived in Oman from the Portuguese, who brought the tradition to the sultanate during the 16th-century occupation.

Perhaps more surprising is the fact that the ancient spectacle – and controversial custom – lives on in the region of Batinah to this day, and has evolved into a truly Omani tradition.

The pastime is distinct from its Iberian cousin in that bulls are not killed or allowed to injure one another: the one that shows the most aggression wins. In this Omani rendition of the sport, gambling is also strictly prohibited, the bulls face each other and fights are organised for prestige and honour, rather than a monetary prize. 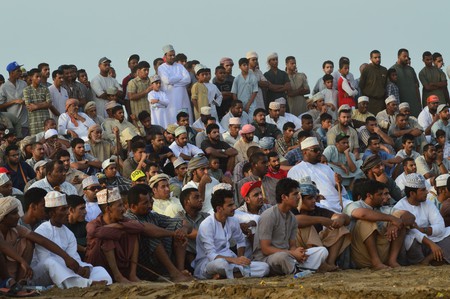 The tradition is governed by many rules. Researcher Maher Al Zadjali writes that the proceedings are supervised by an aqeed. ‘The aqeed has many duties: invite bull owners to participate in the competition; decide on the rounds, categorising the bulls by type, weight and age; maintaining control of the rounds and finishing time; and finally determining the winner of each round.’

When the fight kicks off, bulls push each other vigorously with their horns. Their handlers remain close to the bulls throughout the fight, keeping them from getting too aggressive, losing interest or running into the crowd. They constantly intervene to relock the bulls’ horns and keep the bout going for five minutes, after which a winner is selected.

Prestige and honour are key. Bulls that constantly win increase in value, making them highly prized assets for bull trainers. Some are eventually sold for more than US$20,000. 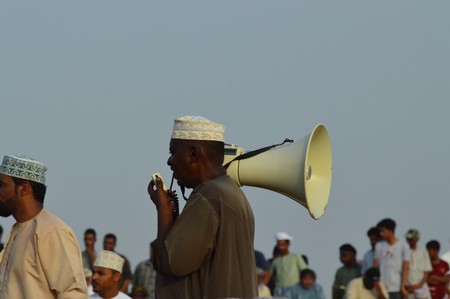 But there is emotional significance, too: Al Duhani, a local bull handler, described the sport’s cultural significance by saying,’For most of us, bullfighting is something very important, a key part of who we are.’

To the crowd of Omanis gathered around, winning or losing is the least important feature of the spectacle. It’s the preservation of a tradition that reminds them of their ancestors, the chance to see old friends and the rush that surges through the veins as two contestants battle that keep them coming back for more.