Oman, an Astronaut's Home Away From Mars 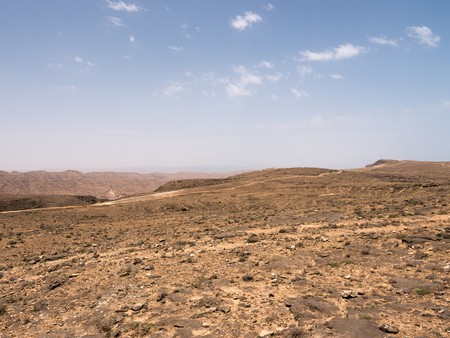 If you thought the idea of life on Mars was a million miles away, think again. Global space scientists have spotted a piece of land that resembles the red planet in the southern desert of Oman. Here’s everything you need to know.

The Marmul Desert in the Dhofar Governorate is a brown flat expanse, where temperatures reach 51℃ (125℉), which makes it very hard, if not impossible, for animals and plants to survive. The surface of the desert is distinguished by salt domes, riverbeds, wadis, various types of geomorphology and structures that are similar to those on the surface of Mars.

We talked to Erich Meyer, a long-standing member of the Linz Astronomical Society, and Monika Fischer, head of the @oewf ’s media department about @oewf ‘s Mars simulation in the Dhofar region of Oman. https://t.co/S6DxsD7hKT #AMADEE18 #simulateMars pic.twitter.com/Q2zeY5zuTN

Because of this unique resemblance, 200 space scientists from more than 25 countries are launching the AMADEE – 18, the most courageous experiment that simulates a manned mission to Mars. The satellite simulation project will include 19 different experiments to field-test technology for four weeks.

These experiments will include testing the ability of spacecrafts and robots to move and collect samples on the desert’s surface, and testing a new spacesuit called Aouda. The astronauts in the simulation experiment will stay in a complete isolation for the whole month and will report to the center in Austria.

AMDADEE – 18 will emphasize the participation of Oman in scientific exploration and will put Oman on the map of space research. In addition, it is hoped that Oman’s safety and political security will encourage more cooperation and further experiments in the country.

In this Feb. 7, 2018, photo, two scientists test #spacesuits and a geo-radar for use in a future #MarsMission in the Dhofar desert of southern Oman. The desolate desert in southern Oman resembles #Mars so much that more than 200 #scientists from 25 nations organized by the #AustrianSpaceForum are using it for the next four weeks to field-test technology for a manned #MissionToMars.

Enjoy your exploration of this amazing country of Oman, and take lots of pictures. Who knows? You might just be discovering a unique place from an outside world.