How to Navigate Transport in Oman 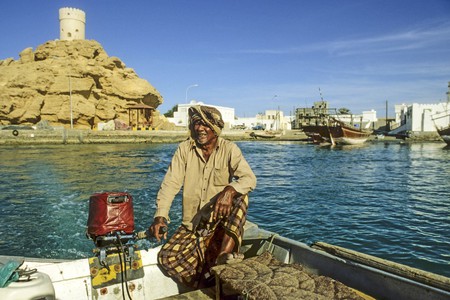 Oman’s sprawling territory along the Arabian Sea includes large port cities, ancient villages, enclaves and islands. Connecting them all is a growing transportation network that may seem daunting at first, even for the most seasoned traveller. However, with a revamped bus service, new air links, ride-hailing app services and affordable taxi options, it has never been easier to navigate the Sultanate.

Oman’s public bus service links every part of the country, from the port city of Sohar in the north to Salalah over 1,000 kilometres (620 miles) south. These buses are run by Mwasalat, Oman’s government-owned transport company, and are highly affordable. Their connectivity and affordability make them ideal for traveling long distances in Oman.

Local tip: Using the intercity bus service, you can make your way to nearly any city or large town in Oman. They also head to and from the UAE (Dubai specifically), offering visitors to either country the ideal opportunity to explore the other. Routes do change or are sometimes dropped, so make sure to check the company’s route map online or contact their call centre beforehand to avoid disappointment. 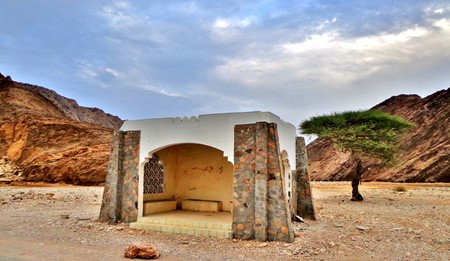 Oman has two taxi companies: Marhaba and Mwasalat. Both have their own ride-hailing apps and they are currently the only cabs allowed to pick up passengers from the airport and most hotels. These cabs are the safest, cleanest and most efficient in the Sultanate. However, they are also pricey compared to other options – for example, airport fares with Mwasalat begin at 5 OMR (roughly £10 at the time of writing) – and while they are outfitted with meters (in the car or via apps), both operate only within Muscat.

Local tip: When leaving the airport for your hotel, it might be best to use the Mwasalat bus service from Muscat International Airport. Fares cost only 1 OMR (about £2) and you can hop off and have another private taxi take you to your hotel. While the cost of a private taxi may vary depending on where you are going, they will almost always be much cheaper than using the ride-hailing services.

Oman’s orange and white privately owned taxis can be found in every city and wilayat. As these cabs are not fitted with meters, prices can vary widely depending on whether you are willing to share a ride, can negotiate effectively and don’t mind waiting till the driver lowers their price. They are the most commonly found form of transportation in Oman, linking cities, neighbourhoods, villages and governorates. These taxis are typically found along the main roads of every city and major town.

Local tip: Make sure you know exactly where you want to go before entering a cab, and always ask how much the fare will be (cam or cam takhudh in Arabic) before getting in. It is far cheaper to share the taxi with others and unless you say otherwise, drivers will typically stop along the way and let others hop in. For that reason, some may try to make you ‘engage’ them, meaning they are required to drive you by yourself for a much higher fare. If that is not what you want, make sure to tell them ‘Ma areed engage’. 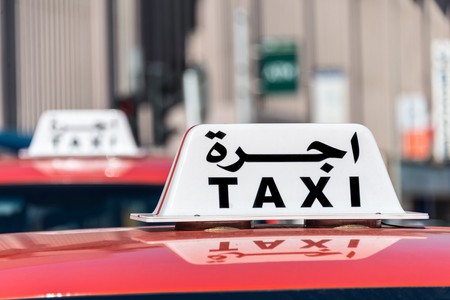 Like private taxis, these buses can be found all over Oman, although they are less common. While they are slightly cheaper than the private taxis you will find along the same roads, they take much longer, as these drivers typically stop at every opportunity to pick people up and maintain maximum occupancy.

Local tip: These buses should be seen as a last resort. With many people packed into a small space, they can be uncomfortable.

Oman’s ferries connect its many islands and the enclave of Musandam (in the far north and surrounded by the UAE) to the rest of the country. They offer visitors the unique opportunity to travel to places such as Diba and Masirah Island with ease.

Local tip: You can also load your car onto ferries in Oman. As Musandam and Masirah are both too large to explore on foot or in a cab, renting a car from the closest airport and taking it with you across the sea may be the best way to make the most of your adventure.

The Sultanate has two main airline companies: the national carrier Oman Air and a budget carrier. Both travel between Muscat and Salalah, with fares as low as 36 OMR (£72) for a one-way ticket in high season.

Local tip: For travellers who prefer to get to Salalah, Khasab (the largest city in the northernmost governorate of Musandam) or Duqm as fast as possible, travelling by plane is ideal, as each of those cities is well over a five-hour drive from Muscat. 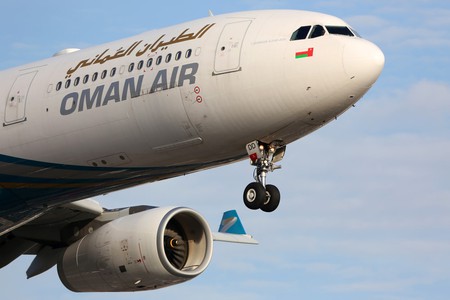 Renting your own car and hitting the open road is the best way to explore Oman for those who want to be in complete control of their own adventure. Not only do you have the convenience of choosing where and when to stop, you can avoid some of the pitfalls of relying on other services. With car-rental services available everywhere, including airports, they are highly accessible and an easy way for visitors to Oman to make their own way around the country. Keep in mind that you do need a driver’s licence in your country to drive in Oman, and cars are driven on the right-hand side, meaning you overtake on the left.

Local tip: Be careful on the roads. While Oman’s highways are mostly state-of-the-art, the driving culture in some parts of the country can be a cause for concern. Be careful when travelling through mountains, wadis and desert areas, where animals such as camels and donkeys may cross the road. Additionally, do not try driving from the northern parts of Oman to Salalah at night.