Here's Everything You Need to Know about Muscat International Airport 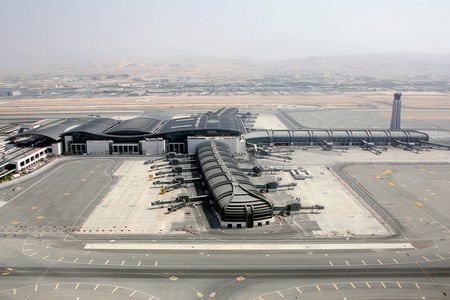 Muscat International Airport is known for its charming architecture, high-quality service, order and organization, all designed to make your waiting or arrival time at the airport as comfortable as possible. Here is everything you need to know about the airport for your next visit to Oman.

Muscat International Airport was formerly called Al Seeb International Airport, after the city in which it was established. It was built in 1973, replacing an old small airfield called Bayt Al Falaj. It was renamed after Muscat, the capital governorate of Oman in 2008, to give it global status. Muscat International Airport covers an area of 21 sq km (5,250 acres). It has one terminal building for passengers, one runway, one minor facilities area and one for cargo and maintenance. The terminal is a two storey building shaped like the letter T. It includes 58 check-in counters, some service counters, a few shops and coffee shops, 23 departure gates, and four baggage reclaim belts. The airport has clear siganage, as well as staff who are willing to help and guide visitors through the airport. Given the small size of the airport, it is very hard to get lost. 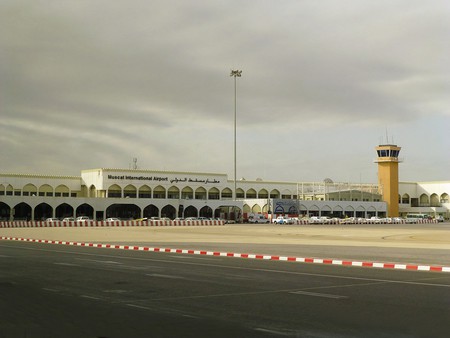 The airport is undergoing renovations that started in June 2017. The current terminal will be replaced with a new one, located to its north, between the old and the new runways. The extension will be completed in three phases; after the first phase, the airport will be able to welcome around 12 million passengers every year. This number will be doubled after the second phase to reach an annual number of 24 million passengers, and doubled again by the end of the third phase to reach 48 million passengers annually. Moreover, the first phase enlarges the airport footprint to 580,000 sqm, which will add 118 check-in counters, 10 baggage reclaim belts, 82 immigration counters, and 40 gates to the airport. 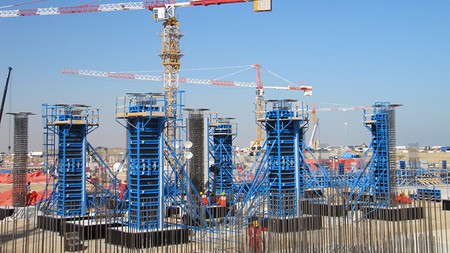 OmanAir is the national airline of Oman, which flies to 27 different countries. It is based in Muscat International Airport, and its main office is near the airport. The airline serves meals that are compliant with Islamic dietary requirements, which means they don’t offer pork or alcoholic beverages. Nevertheless, it has options for special meals, and alcohol is only served to non-Muslims on international flights. 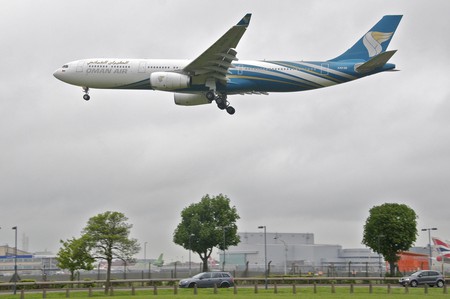 In Muscat International Airport there are two food courts; one is located at the public arrivals area and the other is at the departures area. It also has one coffee shop, and one restaurant and a bar. Both food courts have a Costa Coffee shop and three restaurants; idli.com, curry kitchen and Automatic (which also has a bar).The departure gate food court – on the way to gates 16-23 – has more restaurants including DQ Grill & Chill and Subway.

Other facilities in the airport include ATMs and currency exchange offices, prayer rooms, toilets and showers, and porters and trolleys. There are also some designated smoking areas, information desks for tourists, baggage wrapping services, Visa deposit and collection, and car hire services.