Atlantis of the Sands: The Myth and Rediscovery of the Ancient City of Shisr 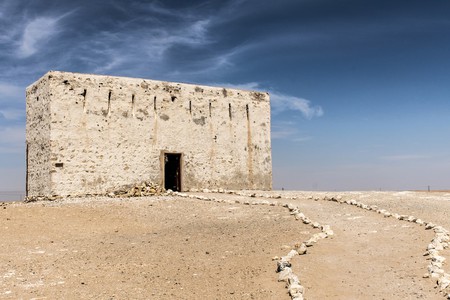 The ancient city of Ubar, Shisr, in the Dhofar region, Oman | © CL-Medien / Shutterstock

Spread across Saudi Arabia, Yemen, Oman and the UAE, the so-called Empty Quarter in the desert hides the secrets of civilisations lost millennia ago. A trip toward the Omani side of this terrain takes visitors on a journey tread by merchants before biblical times and remembered in the poetry of the Sultanate’s Bedouin tribes.

Stretching across the Arabian Peninsula, appearing almost as a giant patch of brown on most maps of the world, is a massive desert known as the Empty Quarter or the Rub Al Khali. This harsh wasteland’s name is descriptive, and seemingly nothing survives here except the hardy Bedouin tribes and camels that call it home – it is the largest area of continuous sand on Earth. For centuries, underneath this tremendous blanket of sand, slept ruined cities forgotten to all but the poems recited by these nomads.

Other lost cities were preserved only in religious scriptures, often praised for their size and riches, only to perish with time. Many of their names have troubled archeologists for years, such as Qaryat Al Faw, Kindah and Iram. Researchers and adventurers were left asking themselves the same questions time and again: how could a city survive – let alone thrive – in this ocean of sand? 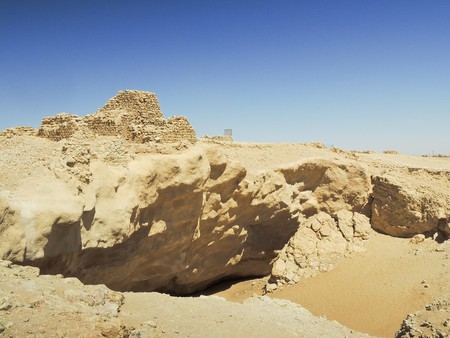 The answer can be found in the Sultanate of Oman, where one such city was unearthed several years ago and remains open to visitors looking to see into a world dominated by merchant caravans and an ancient trade network that spanned the Arabian Peninsula and beyond.

Located 180 kilometres (112 miles) north of evergreen Salalah, the oasis of Shisr, whose inhabitants today live in a small village, is also the site of ancient ruins that were once home to a splendid ancient city built by the frankincense trade. As one of the most valuable commodities in antiquity, frankincense was highly prized among the Romans, Egyptians and other civilisations, who used it in numerous religious rituals. Luckily for many enterprising merchants, frankincense comes from trees of the genus Boswellia, and can only be found in a handful of modern countries: Ethiopia, Yemen, Somalia, Oman and Sudan. 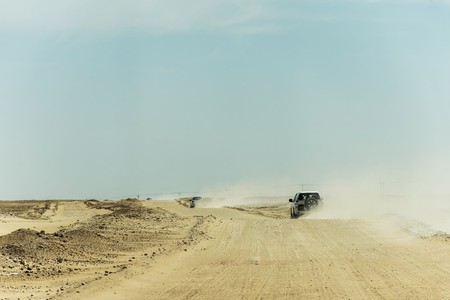 As a result, more than 3,000 years before the birth of Christ, cities connected to the frankincense trade flourished, including Shisr. Yet despite that prosperity, Shisr, like many similar cities in ancient Arabia, would vanish centuries ago. It reemerged only in 1991, when a team of researchers used NASA’s Challenger radar system to discover hints of the ancient city beneath the sands of Dhofar’s northern desert. Later on, expeditions uncovered ruins dating back to 1,000 BC, with fortress walls found to have been built over a limestone cave. Archaeologists believe that the collapse of the limestone cave ultimately led to the city’s destruction.

Since it was rediscovered, archaeologists have identified Shisr as Ubar, the ancient desert city christened the ‘Atlantis of the Sands’ by T E Lawrence. For decades before the discovery of Shisr, expeditions were launched in search of Ubar to no avail. Today, these ruins remain a reminder of Ancient Arabia and the men and women who searched long and hard to bring its secrets to us.