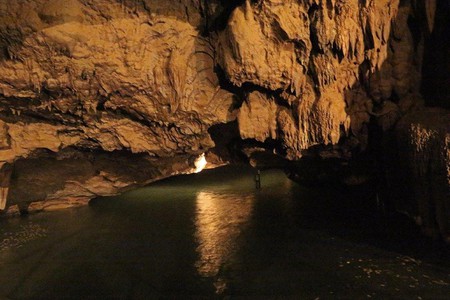 As the only cave in the Arabian Peninsula open to visitors, Oman’s two million year-old Al Hoota Cave offers an incomparable experience for travellers. Within the cave is a fascinating ecosystem consisting of various rare species, making this natural wonder a symbol of Omani beauty. Here’s everything you need to know.

The cave and its mysterious history

Extending over 4.5 km (2.8 miles), Al Hoota is located at the foot of Jabal Shams, Oman‘s highest mountain. The cave has been formed and shaped by natural process over millions of years, creating stalactites hanging from the ceilings and stalagmites reaching up from the floor. Silence engulfs you as you enter the cave, stepping foot into its impressive chambers. 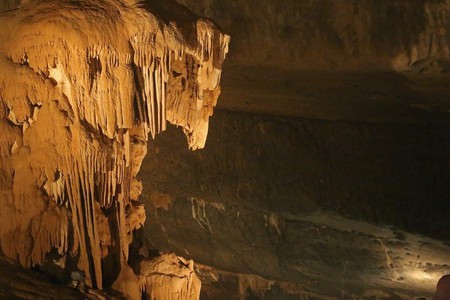 Navigating through the stalactites and stalagmites, you can admire this natural wonder while learning more about the century-long processes that took place to form the cave you are standing within | © Al Hoota Cave

According to the official story, a shepherd lost his goat and stumbled across the cave in 1960. However, legend has it that the space has been used for centuries as an escape route and hiding spot for people fleeing trouble. Whichever story you prefer, the cave has undoubtedly played an important role in the lives of locals for decades. 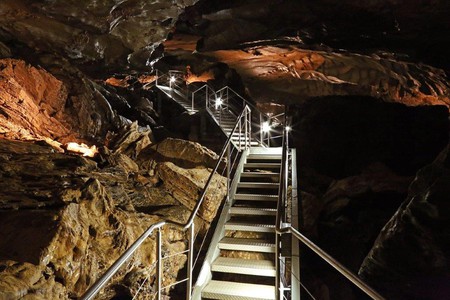 Visitors can explore the cave through a tour, led by a local guide who offer a fascinating insight into the history and formation of this natural wonder | © Al Hoota Cave

An intricate ecosystem with rare species

Consisting of four lakes, Al Hoota hosts a unique ecosystem and is home to variety of rare animals. From bats and arthropods to water beetles and mollusks, there are several animals dwelling in the shadows. It is most famously known for its rare population of blind fish which are endemic to Oman and can only be found in Al Hoota. Belonging to the Garra barreimaie species, the fish were discovered in 1980. Known by locals as ‘Bu Naseh,’ these fish have adapted to conditions within the cave, a lack of light in this case, and are completely blind. They have also lost their pigmentation and are transparent, allowing you to see their skeletons as they swim past. The Bu Naseh are the only blind cave fish in the Arabian Peninsula. 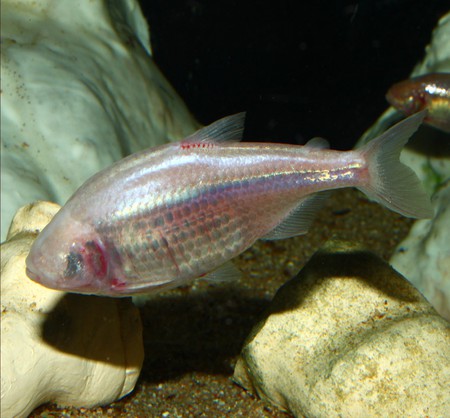 Your journey begins with a ride in Oman‘s first electric train from the visitor centre. The cave has been adapted to welcome visitors, and has guided tours led by locals, as well as cave lights which ensure minimal disruption to animals. The tour, which lasts around 45 minutes, is highly informative as it provides a local’s unique insight into the cave, its history and its natural beauty. 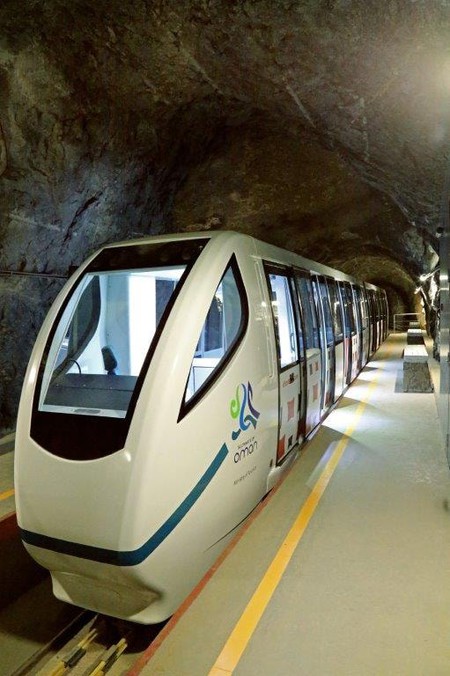 In addition to the stunning cave, there is a geological exhibition with over 150 types of corals and rocks for visitors to discover. Interactive stations explain the formation process of these rocks and the cave itself, as well as the evolution of the Bu Naseh. As for the animal exhibits, you can take a look at local animals from scorpions and hunting spiders to Wadi racer snakes and mouse tail bats. You can also pick up a souvenir from the gift shop, choosing from a range of cave memorabilia and Omani handicrafts, and stop for a quick bite to eat at one of the restaurants. The restaurants themselves are a cultural experience, serving traditional delicacies sourced from locally-grown ingredients, providing an organic and ethnic look into Omani heritage. 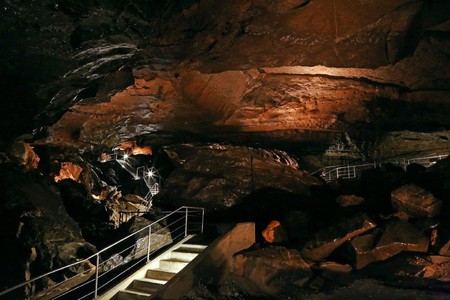 Visitors can walk through 500 meters of the cave, taking a look at the stunning rocks and rare animal species | © Al Hoota Cave
Give us feedback