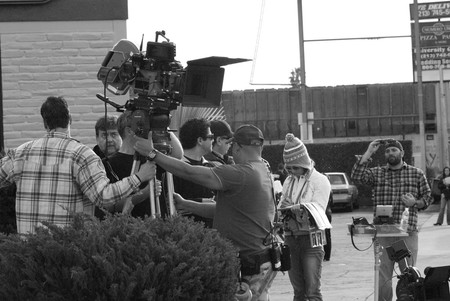 As quite the small corner in the northeastern part of the Arab Peninsula, Oman is distinguished with unique natural landscapes and scenery that makes it a very attractive location for different film companies around the world. To prove this point, here we gathered the top international films that were shot in Oman.

Personal Shopper is an English-language, French psychological film that talks about Maureen who is a personal shopper for a celebrity in Paris, called Kyra. Maureen suffered the loss of her twin brother who shares the same genetic heart problems as she does, and believes that they both have connections with the spirit world. The film was written and directed by Olivier Assayas, and stars Kristen Stewart, who plays Maureen. Part of the film was shot in Oman, as Maureen’s boyfriend in the story works in Oman in the mountains.

Dishkiyaoon is a Bollywood crime action film that is based on the Mumbai underworld. It tells a story of one gangster who was trying to become the Godfather of the criminal world in the city of Mumbai. He gains power and respect, but, in return, loses love and friendship. For 10 days, parts of the movie were shot near Muscat, in a place that combined some of Oman’s mountains, wadis, beaches and the snow on the top of Al Jebel Al Akhdar (The Green Mountain).

Velli Vechathil, which means “Silver Light”, is the first Indian Malayalam feature film to be completely shot in Oman. It is a love story about a man who falls in love with a bar dancer and wishes to marry her. Through the portrayal of people in the movie, it reflects the daily struggles of the Malayalees. The film uses Omani nationals and locations in Muscat, Yiti, Muttrah, Barka, Fanja and Sharqiyah sands.

Aiyaary is another Bollywood film partially shot in Oman. The movie is set to be released in January 2018, and is a crime-drama based on true events that happened to two Indian officers. The film is written and directed by Neeraj Pandey, and is starring two famous Indian actors: Manoj Bajpayee and Sidharth Malhotra. Although the movie was to be filmed in Morocco, the diverse topography of Oman convinced the production team to move the location.

Once Upon a Time in Mumbai Dobaara

Once Upon a Time in Mumbai Dobaara is an Indian gangster movie that stars Akshay Kumar, Sonakshi Sinha and Imran Khan. The film was directed by Milan Luthria and considered the first Indian film to be shot in Oman. Locations were mainly in Muscat and included a beach in Qantab, Qurum, and at the Shangri-La’s Barr Al Jissah Resort & Spa.