10 Omani Photographers You Need to Know 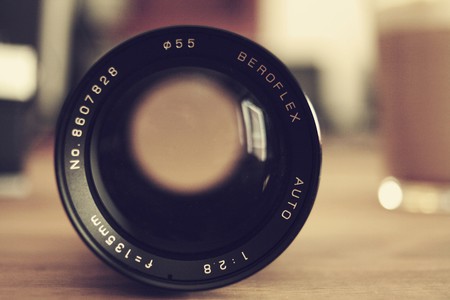 Oman is a country where natural and architectural beauty surround every corner. These 10 Omani photographers reflected their exceptional creativity and rich artistic skills to capture the real wonder of Oman and its culture, and that’s why you need to know about them.

Rashad Al Wahibi is one of Oman’s most talented photographers. He is a freelance photographer, but started his career by coincidence when he saw some inspiring photographs in an exhibition that was held by the Photography Club at the Sultan Qaboos University. He takes photos of nature, unique Omani architecture, and portraits, and he does fine art photography. What stands out in his photos, is the distinguished way in which he captures mind-blowing unusual perspectives of things, people and places. He also runs his own blog and teaches photography.

Sausan Al Busaidi is a professional photographer and event planner. Her style of photography is distinguished by her use of natural light and Al Busaidi specifically enjoys taking candid photos of kids.

Ahmed Al Kindi is a well-known TV presenter on Omani national television. He believes that photos have the power to build worlds and reveal the truth. As photos are more trusted than words, and that they attract people and maintain their trust, he enjoys what he calls “the adventures” of taking photos from different and sometimes strange angles.

Hussain Al Balushi is one of Oman’s exceptional photographers who aims to tell stories with his photos. He feels captivated by nature, and loves to follow people to show their strength and elegance as they live in their own distinguished environments. His photos capture stunning landscapes, wonderful architecture, amazing lifestyle, animals and unique portraits of people. He runs his own website where he shows his magnificent art.

There is something that I can’t resist about Mary’s Peak! 😍❤

Khalid Al Busaidi is another mind-blowing Omani photographer. He is known as the official photographer of the Royal Opera House in Muscat. Besides capturing the breathtaking moments on stage, Al Busaidi captures the nature and incredible architecture of Oman and other places around the world.

Ahmed Al Toqi describes every photograph that he takes as his own piece of art. He describes himself as a lover of light, which his camera captures thousands of light rays to form an everlasting beautiful memory. Al Toqi is a member of the International Photography Union “FIAP”, and has his own exceptional website.

Saif Al Kaabi is a well-known photographer in Oman. His photos captures the incredible beauty of Oman’s nature and lifestyle, as he follows people doing their regular jobs and interacting in their own environments.

Hussain Al Amri is one of the most talented photographers in Oman. Most of his photographs capture people’s lives and their portraits. He has won several regional awards for his exceptional photos of Arabian horses.

Meyyan Al Said is one of the most creative Omani female photographers. Her photos are distinguished with her exceptional perspectives on nature and architecture. Her images are also known for their stunning edits and views of symmetrical shapes.

Shams Al Harthi is another great Omani female photographer. Her photos stand out with the abstract perspectives that they capture. Whether nature, architecture, portraits or lifestyle, Al Harthi’s photos are distinguished with the unique viewpoint of the photographer.