10 Inspirational Omani Women You Should Know 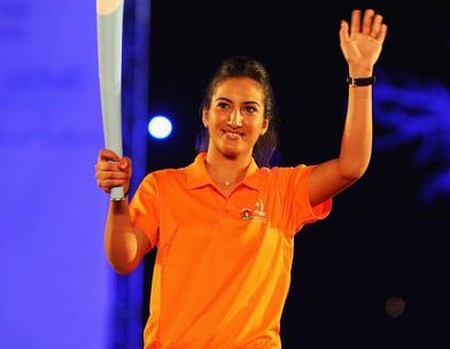 The women of Oman have been praised by Sultan Qaboos in the country’s journey towards development. In fact, the Sultan considers Omani women to be the strong and stable backbone that unites Omanis and encourages their determination. Here’s your need-to-know guide to who’s who.

Safiya Al Bahlani is one of the enterprising and most inspirational young women of Oman. She was born with no hands and at the age of three was adopted and raised by a single Omani mother. Despite her disability, she never went to a special-needs school, which encouraged her to stand up for herself and be independent and proud of who she is. She used art as therapy to express her feelings and document her experiences. Now, at the age of thirty, she is one of the most in-demand artists for her graphic design, animation, art and talk show.

Basma Al Said is a remarkable icon in the health sector in Oman, as she established “Whispers of Serenity Clinic for Mental Health”, which is the first mental health clinic in the country. She is known for her unique efforts to raise awareness about mental health in Oman and the Gulf region. She is a psychotherapist and a hypnotherapist who won several awards which include: “Golden Recognition Award” by the Arab Women Council, the GR8! Women Achievers Awards, and an Honorary Doctorate for youth volunteer projects.

Repost from @voguearabia @TopRankRepost #TopRankRepost Wishing HH Basma Al Said a very happy birthday. In the December issue of #VogueArabia, the princess (and psychologist, who founded Oman’s first mental health clinic to boot) pens a letter about her pioneering new campaign and life lessons learned, and offers unique guidance on how to fulfill your dreams, even against adversity. Read the feature in full on ar.Vogue.me and in the issue, out now ….. ….. Thank you @voguearabia . For Caring about the beauty of women within and giving me a chance to talk about mental health and it’s importance to woman it gives me a great honor to also represent an Omani woman that works in this filed that is usually seen as a taboo subject …. … also to show our beautiful Omani Designers and our national clothes which readers might have not seen before our Omani traditional clothes which is also featured in the December issue … I hope your readers enjoy the article as much as I enjoyed the interview and the photo shoot Lots and lots of thanx to your amazing team and as specially @mrarnaut …. ….. Also I would like to mention our amazing Omani Designers … @Makeupbyhanifa Who did my lovely make up ….. ….. And last but not lest the photography team @zigamihelcic And. Björn Schütrumpf …… …… Thank you for this delightful birthday gift

Fatma Al Nabhani is the region’s only professional female tennis player, who discovered her talent by the age of nine as she won the West Asian Championship in the under-13 category. During her professional career, she has won four singles and four doubles titles on the ITF tour. Nike made a video about her as a unique example and role model for women athletes in the Arab World.

Maha Al Baluchi is the first Omani female senior first officer pilot. Challenging social norms, Al Baluchi proved herself in completely male-dominated profession, proving to women in Oman that they can do everything they aspire to reach. Al Baluchi’s family thought she would change her mind and switch to a different career, but her determination made them support her journey until the great success. She started her career by flying Boeing 737s, and moved to eventually co-piloting the amazing Airbus A330.

Ibtisam Al Salmi is one of the first professional female sailors in the Middle East. She started in the profession when she was a student, by volunteering in one of Oman Sail’s event as an instructor. Then, she moved to participating in competitive sailing, and she joined different sailing races around Oman and the Arab countries. Now, Al Salmi is focusing on starting a trip around the world.

Thuriya Al Abdal is one of the top taekwondo fighters in Oman and one of the few female taekwondo instructors. She inherited her fighting skills from her father who is an instructor too, and who encouraged her to train from the age of three. Although it is an unusual sport to be practised by women in Oman, Al Abdali participated in around ten competitions in the country, in which she won eight gold and two silver medals. In 2015, she won second place after fighting a Russian player in The World Taekwondo Hanmadnag in South Korea. She is studying urban planning at the GUtech university in Oman, and is expected to teach taekwondo to women there.

Fatma Bahwan is the co-founder of The Lounge “Ar Rudha”, which is the first co-working space in Muscat to be dedicated to creative entrepreneurs. Using The Lounge, Bahwan aims to create a unique environment that helps young people to nurture their human capacity and enrich their lives with the amazing various skills that they don’t often realize they have. She also likes to design clothes, and sometimes does so for herself.

Rym Aoudia is a news anchor at Oman TV and Radio, who also runs the Knowledge Oman, which is the leading community platform for knowledge-sharing and social innovation in the country. She works hard to facilitate sessions for Omanis to learn about entrepreneurship, empowerment, creativity and innovation and personal development.

Nasra Al Adawi is one of the most respected authors and poets in Oman, who published three books to raise awareness about cancer. Although she has always been afraid of speaking in public, Al Adawi challenged social norms and her own fears to work to empower others and help them to accomplish their goals. She trains civil society organizations around Oman, and she is a member of Tawasul, which is one of the leading social enterprises of the country.

Lamya Al Haj is a PhD holder of Structural and Molecular Biology, a researcher on bio-gas alternatives to oil, a professor at the Sultan Qaboos University, and a motivational speaker who inspires younger generations. She is known to be one of the leading woman in the STEM Omani ecosystem. Al Haj also has her own website where she publishes some of her researches and reflect on her thoughts and opinions.