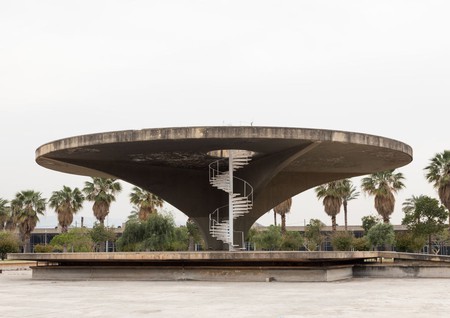 Tripoli’s fairgrounds have become an otherworldly tourist attraction ever since they were built and abandoned before Lebanon’s civil war. But big changes are on the horizon for these abandoned relics.

The Rashid Karami International Fairgrounds in Tripoli have long sat abandoned near the city’s old centre. But recent plans for new investment promise to reinvigorate the fairground’s structures into a key facet of the city’s economy.

Reminders of what could have been

Tripoli’s fairgrounds were the brainchild of Lebanese politicians who sought to make Lebanon a regional business hub in the western Middle East, and hoped the fairgrounds would become a staging ground for trade exhibitions featuring companies from around the world. Oscar Niemeyer, an internationally acclaimed Brazilian architect who was already famous for his striking Modernist style, was commissioned to design the fairgrounds himself. 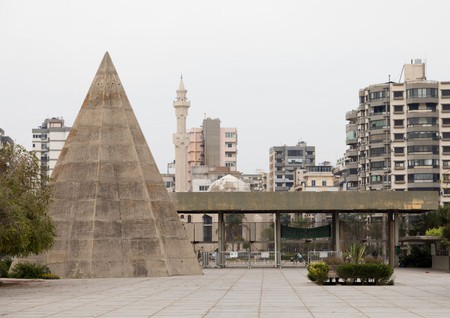 The resulting structures have Niemeyer’s fingerprints all over them – they are bold, monolithic, and captivating pieces of art just as much as they are functional buildings. Unfortunately, although the construction of Niemeyer’s designs were completed in the 1960s, the outbreak of the Lebanese Civil War not long afterward prevented the city of Tripoli from opening the fairgrounds to the public. Despite all the time and energy that went into the planning of the project, its potential was never realized, and it soon fell into disuse and disrepair. 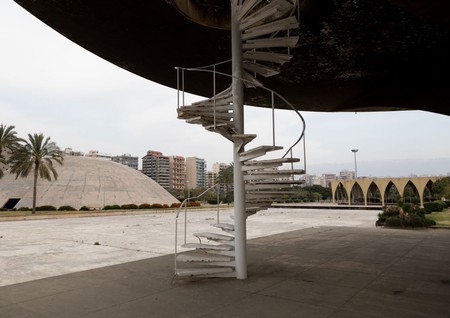 In the decades since the end of the civil war, the fairgrounds, which occupy a massive swath of land west of downtown Tripoli, have become an alternative tourist destination in the city and are open to the public free of charge. Sprawled out across the oval-shaped fairgrounds, Niemeyer’s creations bring to mind ancient ruins or monuments, which makes their staunchly Modernist appearance even more intriguing. 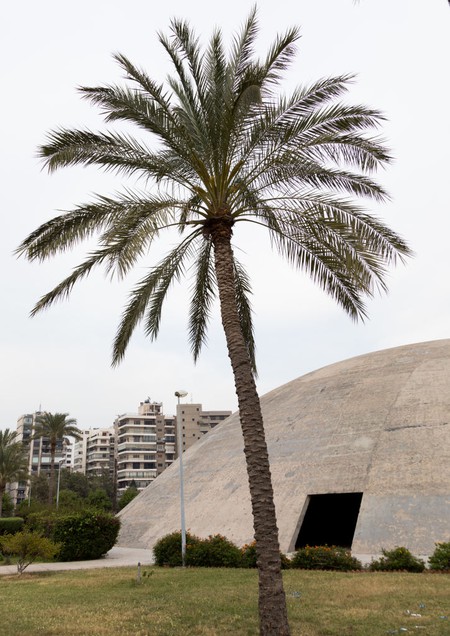 In place of the businesspeople Niemeyer had designed the fairgrounds for, curious tourists now walk amid the buildings here, which include a sharp pyramid-like structure, a ghostly amphitheater, and a giant, alien-like orb you can walk into. The only structure here that is permanently in operation is the Quality Inn Hotel that stands at the northern edge of the fairgrounds. It also happens to be the only western-style hotel within the city limits. But besides this one exception, the entire area feels like another world that time forgot.

Given the amount of money and time that had been poured into this project before the war, it’s no wonder that Tripoli’s politicians have been eager to find ways to put this space to good use. Although it is Lebanon’s second largest city, it also remains one of the country’s poorest, and economic stability here has long been hampered by intermittent sectarian conflict that only concluded in 2014. Since then, officials here have been busy planning a set of sweeping new development plans in hopes to putting the city on the right track toward recovery. 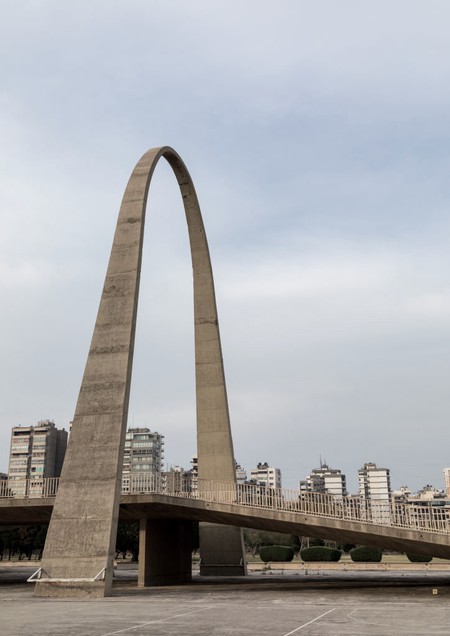 A major part of these plans is the construction of an economic zone near the city’s port, which will be governed by a special law designed to attract investment and businesses to the area. And now, politicians have successfully been able to extend this law to the economic zone to Tripoli’s fairgrounds, and hope to finally make it into the hub it was originally designed to be.

“We’ve been able to apply the same law to… a plot in the middle of the Rashid Karami International Fairgrounds,” Raya al-Hassan, chairwoman and general manager of the Tripoli Special Economic Zone, tells Culture Trip. “So that plot will be more geared toward attracting service industries, most likely to be in the innovation sectors.”

Even though the fairgrounds have been mostly abandoned since the 1970s, some of the facilities have been used on and off for art exhibitions and other events. But these new development plans have the potential to completely revitalize the area into a major center of activity in Tripoli.

Although there remains much work to be done before the economic zone opens and the fairgrounds can be used to launch Tripoli’s economy into the future, politicians are hopeful these changes will have a much-needed positive impact on the city. And even though the haunting beauty of the abandoned buildings here will likely fade as new development gets underway, the trade-off is a worthwhile one for the city’s residents, who need new opportunities more than anything.