Why Beirut's Bullet-Scarred Holiday Inn is a Symbol of War 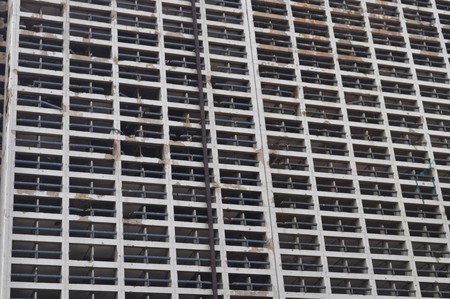 Still untouched by Beirut’s development rush, the Holiday Inn stands as a symbol of war in a circle of progression. The hotel, built around 1974, was a large hub of tourism with 26 stories, a restaurant, nightclub, and 400 rooms. Its magnitude, for the time, made it a symbol of luxury and a reflection of Beirut’s golden age in the sixties when it was a lively center for regional and international tourism. Businessmen, affluent families, and magnates all considered Beirut their weekend getaway. 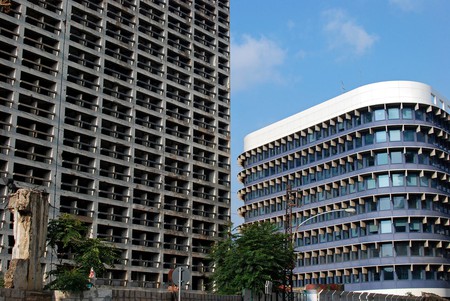 Shortly into its run, the Lebanese Civil War broke out in 1975 and the Beirut dream turned into a nightmare. With a war that lasted between 1975 and 1990, the Lebanese witnessed around 120,000 fatalities and disappearances. The main kindling for war was an attack on a bus transporting Palestinians through Beirut: an event prompted by the imbalance of sects with the Palestinian arrival in Lebanon. The fighting escalated and sides were taken until soon there became militias and groups fighting a war without an end.

As one of the tallest structures, the Holiday Inn became a strategic hub for fighters and military men. Soon it became central in a famous battle dubbed the “Battle of the Hotels.” Between 1975 and 1977, the hotel saw 1,000 deaths and 2,000 injuries in the fight of militant control of the front lines. Many deaths occurred by men being thrown off the hotel’s roof. 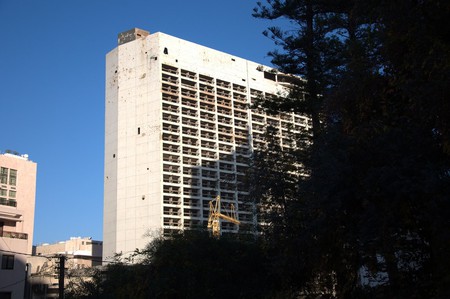 The violence in the hotel ending in 1976 did not stop its part in a history of war. The fights rekindled when it became part of the country’s 1982 war in what is known to the Lebanese as “The Invasion.” This battle was the movement of Israeli IDF forces into Southern Lebanon after a dispute with the Palestinian Liberation Organization. All the strife left the hotel a shell of what it used to be: its interior was poached and the exterior was destroyed. To this day, many wonder what happened to their loved ones during the several phases of the war.

With the signing of the Taif agreement, which divided governmental positions between sects and the end of the Civil War, came the end of the city’s widespread destruction and violence. However, the hotel, owned by several parties, was still a topic of dispute. It still stands today as a symbol of war and destruction, reminding the Lebanese of their rocky history. It also has a curious place in between all the newer hotels and structures, reflecting the city’s singular history and even more singular present.