Vaults Of Memory: The Music Of Yasmine Hamdan

Yasmine Hamdan has played a central role in bringing Lebanese music to a wider audience, and revitalising the battle scarred music scene in the country. In this piece from ReOrient, Arie Amaya-Akkermans looks at the career of Hamdan, from her time as part of the group Soap Kills, to her work as a solo artist. 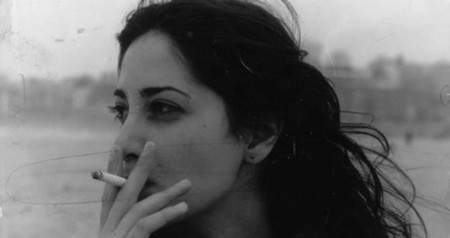 The first thing that comes to mind when we think of a vault is a small room, often built of steel, for the safekeeping of valuables. It’s no surprise, then, that the term ‘vaults of memory’ is often used as a commonplace metaphor, implying that memories are somehow safely stored from the passage of time, giving continuity and wholeness to our lives as a result. However, memory is a lot less stable and reliable than we think, and can become easily distorted; sometimes by distance, sometimes by trauma, and sometimes by insanity. It would perhaps be more accurate when speaking of vaults of memory to consider the vault from an architectural perspective; that is, as an arched structure, usually made of concrete, serving to cover a particular space.

Lebanon is one of those places where the recollections of memories serve to cover other memories, rather than store them; to cover them with thick planks of concrete and steel. We often associate memories with visible things, such as what we saw, or wanted to see. The end of the Lebanese Civil War – if wars ever end, that is – brought about a visual remaking of Beirut that to date still perplexes both architects and artists. The open wounds of the city were immediately covered with thick concrete and a new Beirut emerged almost magically, giving way to an orgy of opulence and celebration that obscured much of the internal strife still plaguing Lebanon, turning it into a living contradiction of glamour and danger.

Sound, however, is a different story. Sounds are not easily stored or covered – they occupy entire spaces, travelling back and forth even through mazes of concrete, which may be real or imaginary. That is how Yasmine Hamdan entered the musical scene of postwar Beirut in the late 1990s when she formed the band Soap Kills with fellow musician Zeid Hamdan. The name of the group referred to the imaginary ‘soap’ with which Beirut was so obsessively and glamorously wiping out any traces of its recent history; yet, the Hamdans music, through a combination of indigenous and contemporary sounds, evoked a vault of melodies, which while emerging through the intoxicating horror of a history covered in concrete, surfaced delicately as if it were tiptoeing around imaginary checkpoints in ballet slippers. 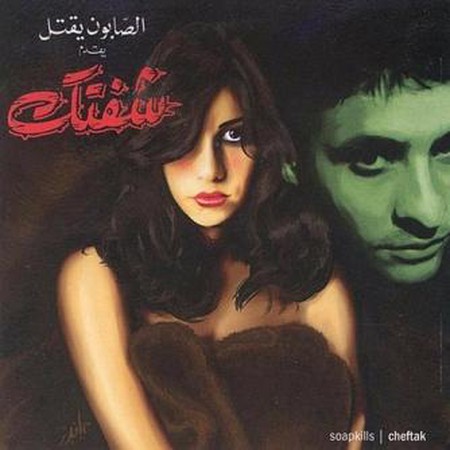 After the release of the albums Bater (2001), Cheftak (2005), and Enta Fen (2005), Yasmine and Zeid parted ways to work on individual projects, albeit after having pioneered and shaped the identity of contemporary music in Lebanon, and remade pop culture in the Arabic language. For them, it was no longer a matter of rediscovering classics and traditional Arabic music, or remixing and performing contemporary covers of the songs of legendary singers; rather, they strove to discover how music from the Arab world would sound had it been capable of remembering itself with all the burdens of a turbulent history, while navigating in a free arena. The result was a distinctly Arab brand of electro-pop that was at once fragile, dense, erratic, sensual, and melancholy.

Listening to their music, one recalls the most haunting and delicate scene in Joana Hadjithomas and Khalil Joreige’s A Perfect Day. Here, a distraught Malek drives around the streets of Beirut despairingly, in pursuit of his ex-girlfriend Zeina, to the sounds of Enta Fen, while his mother sits alone at home waiting for her missing husband (as a result of the war), whom she is reluctant to declare dead. The smothered words sung by Yasmine Hamdan become a checkpoint of memory for the listener, implying that it is necessary to live not in, but with the past. Her real artistic talent is not simply storytelling, but the telling of tales in complex musical and visual codes, often intangible, cinematic, and paralysing.

Singular transformations occur in her music, which bring the Arab musical heritage to confront and rewrite itself through a combination of gestures, innovative electronic reverberations, and a density of ‘sound gazing’ into purer spaces untainted by tradition. Yet, there has been an evolution from her Soap Kills days and her solo projects, as she has moved from the confusing, irreverent, and intoxicating sounds of chaos into thinner and cleaner vibrations that do not sway from their origin. In a way, it could be said that Hamdan’s music has passed through a sift bringing more and more crystalline pulsations, making the breathless fog of her early days more of a mirror, and her voice sound ever closer. 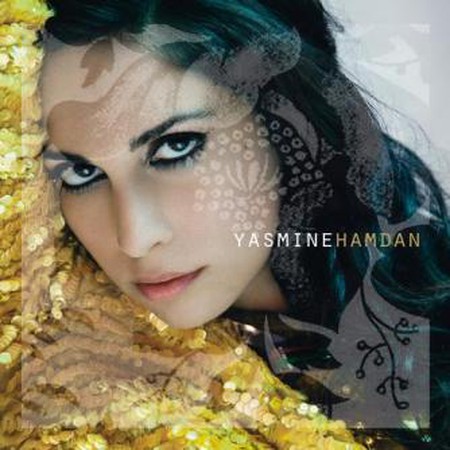 Hamdan’s first self-titled solo album, released in 2012 after her Arabology project seems less bent on digging up the spaces covered by vaults, opting to rather open them in affirmative tones, which embrace the musical heritage of Lebanon, Egypt, Palestine, and Kuwait. Traditional songs are sung in different regional variants of Arabic to the sound of folk instruments and electronic compositions and Hamdan’s lyrical adaptations, producing an aura that is vintage, traditional, and contemporary. With arrangements by international names such as Marc Collin and Kevin Seddiki, the album experiments with Arab romanticism, lullabies, and minimal contemporary numbers, creating a unique universe of eclectic sounds.

There is definitely more to Yasmine Hamdan than meets the eye (or rather, ear). The singer is also a unique and daring performer who challenged not only the canons of Arabic music with her humble beginnings in Soap Kills, but also pushed the boundaries of censorship and the roles of women artists in a region ever so plagued by obstacles and restrictions. Last Ramadan, Hamdan performed at a legendary concert in Cairo that defied both the rules of traditional religion, and the increasing amount of censorship in post-Mubarak Egypt. As seemingly unacceptable, extravagant, and contradictory as it may have been, it also sent waves throughout a region in transition, split between liberal projects and traditional values.

Hamdan recently worked on a song with the Lebanese electronic musician Marc Codsi for a film by Jim Jarmusch, and is currently on a North American tour. On her new album, it is possible to observe an increasing self-awareness, a greater sense of elaboration, and a more international outlook, albeit one that is affirmatively Arabic. Yet, despite having been a pioneer at a time when there was no space for alternative music in the region, she still remains somewhat obscure and indecipherable. ‘What are we here for?’ she asks. ‘We don’t know what we’re doing here in this life. Music gave me a lot of sense and courage’.