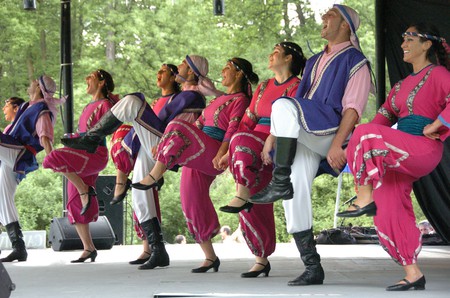 Music and dance are important in Lebanon. The country is the party capital of the Middle-East, and it’s no secret that the Lebanese know how to move. In most family gatherings there is plenty of music and dancing, and it’s not all modern pop and rock. Lebanon has its own traditional dance — the Dabke! Read on to learn more about this important part of Lebanese heritage. 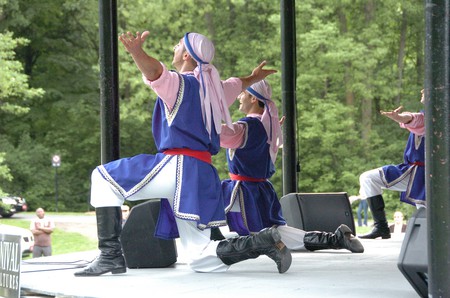 In Lebanon’s rural areas, roofs were traditionally made of mud and twigs. With the change of season from cold to warm, the roof would crack. To fix their homes, villagers would form a line and stomp on the mud. This is the origin of the Dabke. The dance is very collaborative, as the villager would yell “help” to her/his neighbors and people would gather and “dance”.

The Dabke is prevalent throughout the Arab world, and every country — even every city — has its own variation. Dabke is a variation of line and circle dancing, and from a foreigner’s perspective (or a millennial’s) it just involves a lot of stomping! The dance is more prominent in rural areas of Lebanon, where adults and the youth are more likely to hang onto the tradition.

Although the dance is mostly popular in rural areas or around Tripoli and Beirut, it also features at many weddings and parties. Even in the cities, where a lot of the youth don’t know how to dance traditional dances, you’ll still surely see lanky legs clumsily stomping to the rhythm. In a lot of places, it is a source of pride to know how to dance the dabke, as the leg work can get very complex, especially when the rhythm picks up.

There are subtle rules or conventions you can notice in any dabke line. The people most skilled at the dance usually start it and lead the line of dancers in a circle, which gets wider as more people join. The dancers then line up where they’re comfortable so the line becomes arranged from most to least skilled (usually the children are at the edge). In some cases, if the line is really long, two lines will form. The wider line will be comprised of good and bad dancers, and the smaller one within is exclusive to the really skilled dancers. Eventually, as people get tired, the circle will diminish and eventually break up, at which point the DJ changes the music. 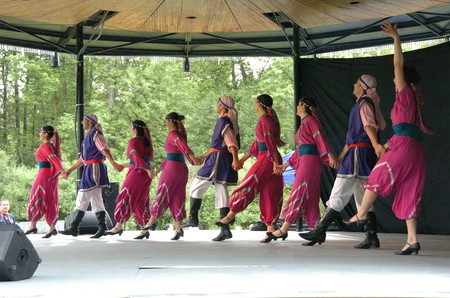 The Dabke is a sacred dance to many Lebanese people, so make sure to have someone teach you when you’re in Lebanon. It’s a big part of Lebanese heritage, and a really fun dance. The feeling of camaraderie and kinship it inspires is definitely worth the few missteps.