These Syrian Refugee Children Found Hope and Inspiration in a Piano

Six years ago, in March 2011, the unthinkable happened in Syria: 15 children were arrested and tortured for spray-painting an anti-Assad graffiti, one of them died. After a month-and-a-half of protests, armies, militias and soldiers took over several parts of the country and violence spread out of control. The outcome is the Syria we see today: a country ravaged by its own military, and the involvement of a dozen other nations.

Syrians found their land had become uninhabitable, resulting in a massive movement of people towards neighboring countries like Lebanon, which has housed the bulk of those looking for a home and a future for their children.

As a Lebanese person of 14 at the time, I remember the weariness that came with knowing that “strangers” were flooding the country. Phrases like “they’re taking our jobs, soon they’ll take the country” were thrown around casually. 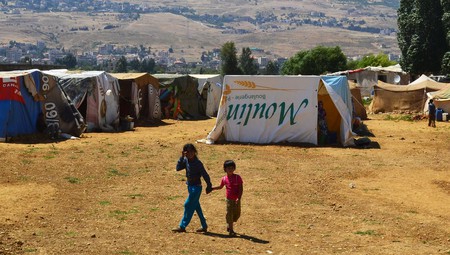 Today, with the war going on its sixth year, the situation can feel dehumanized. The Syrian crisis has ceased to be headline news, only gaining worldwide attention when the worst is committed, as is the case whenever the Syrian army uses sarin gas (although its more regular deployment of chlorine doesn’t appear to have the same effect).

Many refugee children in Lebanon go without formal education and Syrian aid has become an economic industry. Not all hope is lost, however. There are still thousands of people concerned with the crisis and their help comes in the form of small acts of kindness. 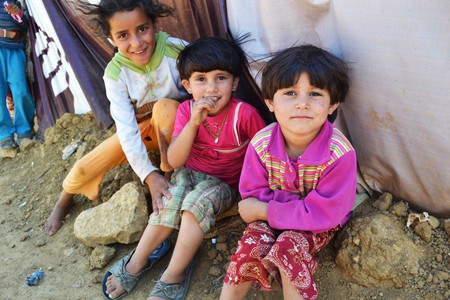 For the children of one camp, escape has come in the form of a piano. The instrument was donated through a fundraising campaign and it has successfully raised their spirits.

Alia, a 15-year-old girl who managed to get access to public school, takes it upon herself to teach the kids how to play. She dreams of training as a teacher and, for now, gives back by passing on what she’s been taught at school.

“I want to have my own life and achieve all I wish for… To the people here, or where I come from in Syria, a girl is not supposed to continue her education,” said Alia. It is a wish she shares with numerous young girls in similar situations. Underage girls are married off to be shielded from worse abuses. In the meantime, boys are being pressured into cheap labor and a cynical view of the future. 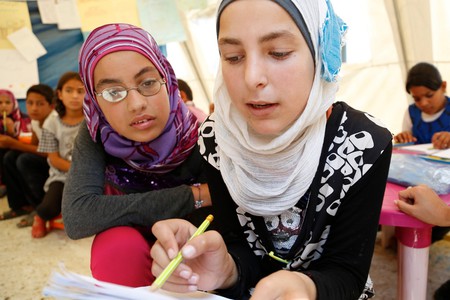 A similar answer came from all the children, revealing the link they see between education and being seen. These little boys and girls want to be heard and respected, all they ask is for recognition as equal human beings. They want a future where they aren’t ostracized for being refugees. They want “respect,” and the ability to demand rights without the fear of rejection.