These Historic Buildings in Tripoli are Truly Inspirational 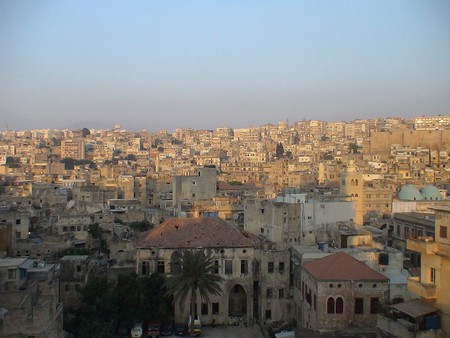 Tripoli, Lebanon is a historical city rumored to have been populated as far back as 1400 B.C. It has certainly been part of recorded history since the time of the Phoenicians, Romans, Crusaders, and Ottomans. The small coastal city has experienced slow growth which has made for an interesting contrast between ancient and modern districts, where perhaps the Tal district is the most interesting of all. 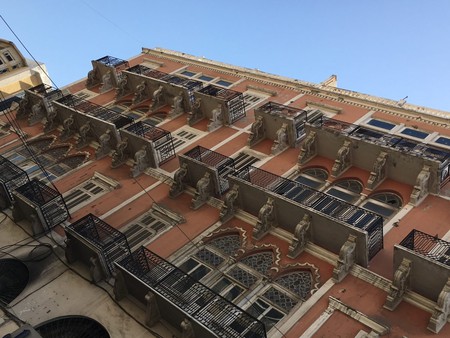 There exists a visual timeline within the city which starts with the Crusader Castle in the North and stretches down to Dam w Farez, a contemporary residential district in Tripoli, in the south. The movement goes from Castle to Old Souks then to Al Tal and beyond which consists of contemporary buildings. The Tal district itself falls in the middle of the city and is truly a turning point between old and new.

The city square is a 19-20th century development with its most historic buildings commissioned by the Ottomans. It has Ottoman and European influenced buildings on account of the Ottoman Empire and subsequent French Colonization. The bustle in the center that visitors see today is no surprise, as it has been a hub for culture since its conception. Perhaps its most inspirational buildings are the Nawfal Palace, the Palace Hotel and its clock tower. 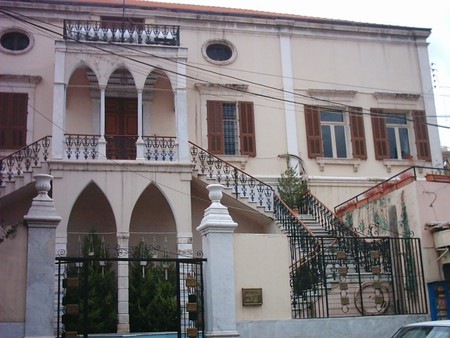 Built in the 19th century, the Nawfal Palace is a part of the series of structures built to be only a couple of stories high and rich in their architectural diversity. The house itself combines both the European and Ottoman styles and is distinctive for its high red brick roof. The houses’ lines, windows and beams were designed by Italian architects with Italian material.

Nawfal Palace is accessible by two marble staircases that lead into a room with beautiful ceiling and wall details. One of the palace’s functions was a casino for Tripoli’s Elite and was later turned into an exclusive country club for mostly British workers in what used to be an oil refinery around the north of Tripoli. In 1968, the Lebanese ministry got ownership of the building and in the 70s turned it into a cultural hub which persists today. It is worth noting that a public park close to it called Manshiya Park used to belong to the expansive Palace grounds. However, it is not an open park left to ruins but still holds some elements of European architecture.

Not far away from the Nawfal Palace stands the Palace Hotel. What used to be a venue for Arab magnates is today an abandoned hotel for its age and lack of growth. The hotel itself is reminiscent of the Nawfal home in architecture and interior design. Its arched windows, stained glass and small painted details make it the ultimate historical hotel in Tripoli. While it still draws some tourists in search of old destinations, the hotel is largely empty. A shameful reminder of the lack of development Tripoli has faced in the last 40 years. 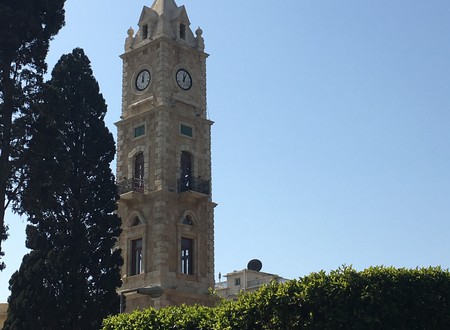 One of the most recognizable sites in Tripoli is its famous clock tower. Built in 1902, it was a gift to the locals from the Ottoman Sultan Abdulhamid II at his 10th anniversary as a sultan. Standing at a height of 30 meters with five floors, the structure looms over the Tal district and is a staple of what it means to be from Tripoli. It has witnessed recent renovation efforts and there exists a miniature replica of it in a park in Turkey dedicated to Tripoli.

The city is a forgotten gem full of undocumented history and marvelous architecture. The lack of popular knowledge of its past makes its cultural future threatened. Most sites in the city are within walking distance of each other and in Tal, only steps separate each of the historical buildings. Visit Tripoli for sights and stories you will never forget.