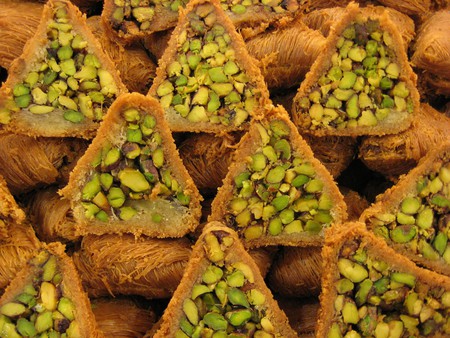 Sweets on display at a stand in Beirut | © alixanaeuphoria / Flickr

Diving into Beirut’s street food culture is more than just a way to eat some authentic cuisine – it also gives visitors a window into the city’s fascinating past. From Armenian food brought by refugees to falafel shops borne out of fraternal rivalries, Beirut’s street food scene is a product of its long and varied history. Although malls and luxury stores have replaced many traditional family shops in Beirut, the city still has plenty to offer diners in a hurry, especially those who also want to learn a thing or two. Here are the top five street food spots offering up a taste of Beirut’s past.

Get a taste of Beirut’s civil war history at Falafel M. Sahyoun 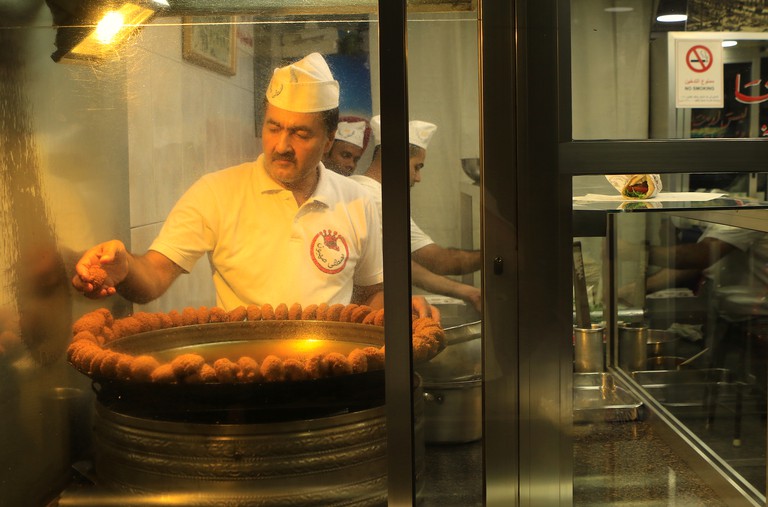 Few street food places in Beirut have such a legendary past as M. Sahyoun. In fact, this spot is not one, but two shops right next to each other, owned by two brothers who make some of the best falafel in the city. During the Lebanese Civil War, they operated one shop in Christian East Beirut and one in Muslim West Beirut, and family members had to cross the Green Line, a no man’s zone between the two, to get from one to the other. Today their shops sit right along where the Green Line used to run, but relations are definitely not cordial – the two are no longer on speaking terms and have become rivals. Although they supposedly make the same falafel recipe, word on the street is that the older shop, the one featuring blue lettering, is slightly better. 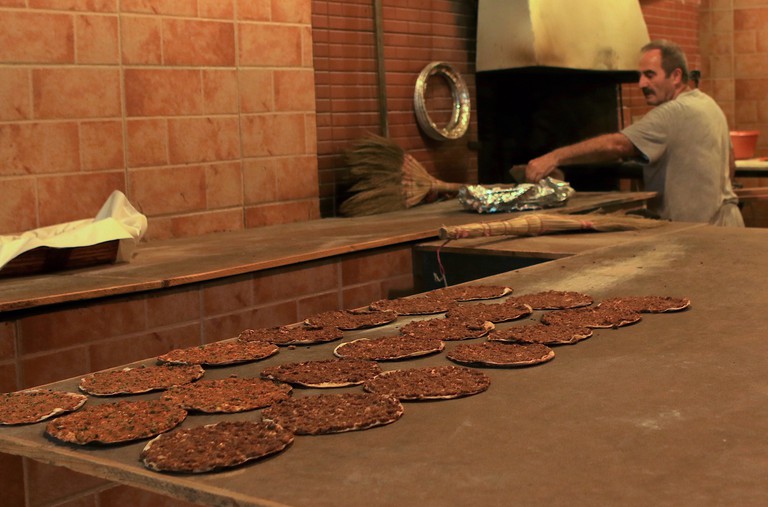 After the Armenian Genocide during World War I, hundreds of thousands of Armenians fled to Lebanon, and today the country has the largest Armenian population of any country in the Arab world. Although most Armenians living in Lebanon today are concentrated in East Beirut and neighboring Bourj Hammoud, perhaps the oldest existing Armenian street food spot in the city, Ichkhanian Bakery, is located in West Beirut. This is a place that first opened its doors in 1946, and serves a fusion of Armenian and Lebanese dishes that reflect the two peoples’ shared history. A prime example is Ichkhanian’s most famous dish, lahme baajin – although this is a classic Lebanese snack, this bakery offers its own version with typical Armenian spices and pomegranate sauce. 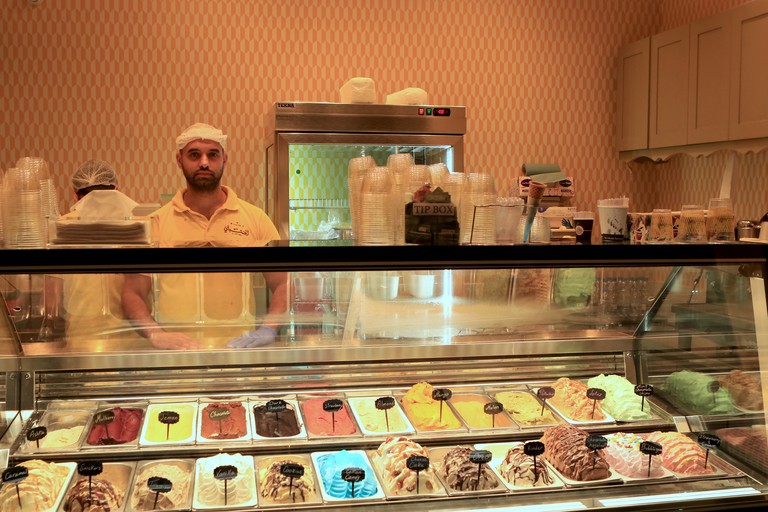 If you asked anyone in Beirut before the civil war about Al Antabli, located in downtown Beirut, they would reminisce about enjoying fresh fruit cocktails and sweets from the classic shop during the summers of their childhood. The place was a Beirut staple since it opened in 1936 until the war forced the shop’s owner to abandon it and move elsewhere. Finally, after years of exile, he was able to reopen Al Antabli in its original location downtown in 2011 as part of the glitzy Beirut Souks. But unlike the luxury stores around the shop, Al Antabli proudly continues to offer its classic menu at reasonable prices, and today tourists and old regulars alike can enjoy a taste of pre-war Beirut for the equivalent of two or three dollars.

At Falafel Freiha, eat where Lebanon’s political figures once dined 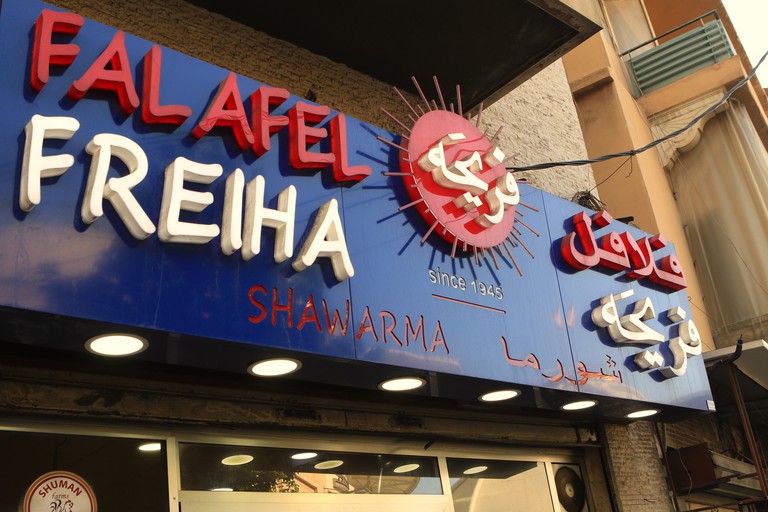 The second falafel spot on this list is not as famous as Sahyoun but has an equally intriguing history. Falafel Freiha originally opened in downtown Beirut in the 1940s, but that store was destroyed during the early years of the civil war. In 1979 the owners opened a new location near Sassine Square in the heart of East Beirut, which continues to operate today. And although the owner refuses to confirm or deny it, rumor has it that Freiha was the favorite sandwich shop of iconic former president and Christian militia leader Bashir Gemayel, who apparently frequented it in the years before his assassination in 1982. Today, you can enjoy Freiha’s exceptional falafels and shawarma sandwiches, while a banner with Gemayel’s face looks over Sassine Square only a few steps away.

Little remains of Beirut’s Ottoman history, but you can still find glimpses of this past at Amal Bohsali, a sweet shop business with two locations in West Beirut that dates all the way back to 1878. Its most famous dish is cheese knefeh, a sweet pastry popular across the Levant. But in a testament to the open flow of culture that took place under the Ottomans, the Bohsali family makes its knefeh in the style found in Nablus, Palestine, which today is inaccessible to most Lebanese due to immigration and travel restrictions. The sweets here are so good that during his stay in Beirut around the turn of the century, the famed Egyptian writer Ahmad Shawqi mentioned them in a poem. Locals say the quality is just as good now as it was then.