What does it mean to write longingly about a city that will never be the way you remember it? Dubai-based poet Zein Hashem Beck’s words are firmly rooted in Beirut. She’s a place poet. With the poetry scene still emerging in Dubai, Zein is one of the catalysts, performing regularly with the Poeticians (an active group of poets), and teaching poetry workshops to adults and children all over town. 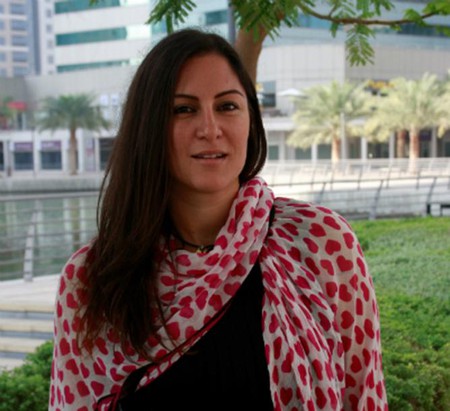 After writing, rewriting, dreaming, and torturing herself for 7 years, she recently completed a manuscript, To Live in Autumn, which was selected by the poet Lola Haskins as a laureate of the Backwaters Prize and is set for publication in August 2014. Although I typically interview writers in person, I thought it more appropriate to speak with Zeina in words and poetry. Here is what ensued:

Danna Lorch: If Beirut were going to be a man, woman, or a child what form would the citytake and what kind of poems would this person write?

Zeina Hashem Beck: There are so many ways one could imagine a city. Beirut would definitely be a woman for me. Not a young one, probably middle-aged (and of course in crisis). Not self- victimising. Beautifully and exhaustingly disorganised. Tired, and yet somehow full of life. A smoker, a coffee-addict, slightly neurotic, and with tattoos.

Perhaps the last stanza of my poem The Old Stairs of Beirut will help me answer this question, if only in part:

an immortal old woman
resting between garbage and art,
in the sun-punctured shade
that is almost a night
sky perforated with stars. 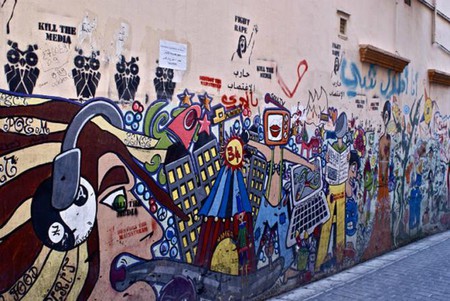 Beirut would surely write poems, but she won’t limit herself to one kind. If I were to name a few, the kinds of poems that come to mind (and that often intersect) are street poems, war poems, love/lust poems, and poems that somehow deal with language. And she would probably write about mothers as well. And she would sing Arabic songs and not take herself too seriously. Am I talking about myself now?

DL: What clichés have you avoided when writing about your city?

ZHB: Many things I write about in To Live in Autumn are familiar, at least to a Lebanese audience: taxis, streets, old buildings, neighbors, Hamra, the Mediterranean, exile, and the list goes on. But I tried to write about them in a non-clichéd way. That’s one main thing that good poetry does: to make the familiar unfamiliar, and vice-versa. 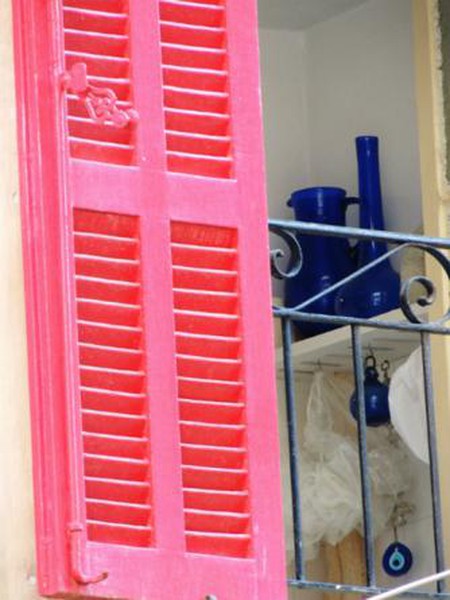 So when I was writing, the clichés I tried to avoid didn’t necessarily have to do with my subject matter (Beirut), but rather with writing itself.

Also, I tried not to idealise Beirut, and when I did, I made sure I was aware of it.

DL: Is it easier or harder to write about a place from afar, as you have done?

ZHB: It’s both. Being away from Beirut (and nostalgic for it) triggered in me the urge to write about it,to re-member it. The working title for my manuscript was in fact Re-Membering Beirut. In that sense, the distance helped the writing.

On the other hand, being far from Beirut, I sometimes got ‘stuck’. At times I felt the city was slipping away from me, that I couldn’t ‘summon’ it easily, and the poem The Lost City addresses this issue:

I knew a city, and I didn’t need to summon it, for it inhabited me.This is where cities live, inside the minds of people,and this is where they begin to die.

I’d like to add that answering this question reminds me that a writer always needs distance and closeness to his or her subject matter.

I think that in the end, being away from or close to a place you’re writing about doesn’t change the fact that you have to do the work: write, revise, obsess (for years!) and somehow enjoy the process.

I think that in the end, being away from or close to a place you’re writing about doesn’t change the fact that you have to do the work: write, revise, obsess (for years!) and somehow enjoy the process.

DL: Do you dream about Beirut in poetry? How do poems about your home come to you?

ZHB: I think a poem about home comes to you the same way a memory comes to you. Anything can suddenly trigger it: a crumpled paper on the street, a conversation, a dream, a smell, a song. You just have to be alert enough. All art is about paying attention to the details around you and making unconventional connections, poetry being no exception. I spent years with Beirut and Lebanon in my head as I wrote these poems; the place became an obsession, and I saw it everywhere I went. My whole body was always writing these poems, even when my hands weren’t typing.

DL: Is your book a gift for Beirut? Are you more excited or worried about how people will react to reading your words?

ZHB: I didn’t think about the book being a gift to Beirut as I was writing; I wrote because I was obsessed, because it’s always stronger than me, and because I love Beirut of course. But now that the book is getting published, I would like it to be my gift for Beirut. 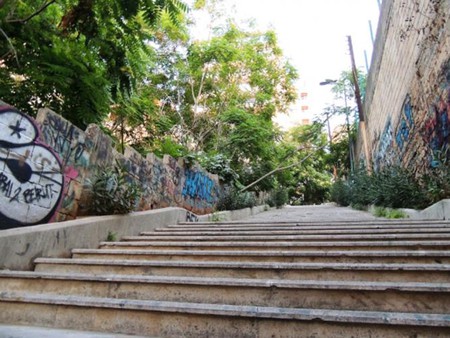 Writers send poems into this world like parents send children away from home. Of course we worry about them a little, but we want them to grow beyond us, and we know they are bound to change and make mistakes. We are excited for them and hope we have done a good job preparing them. We hope they always carry a little piece of us in them (we’re vain like that) and that they remember us and speak of us kindly. I hope my poems make good friends and that they call to check on me from time to time.