The Best Lebanese Sweets All Dessert Lovers Needs to Try 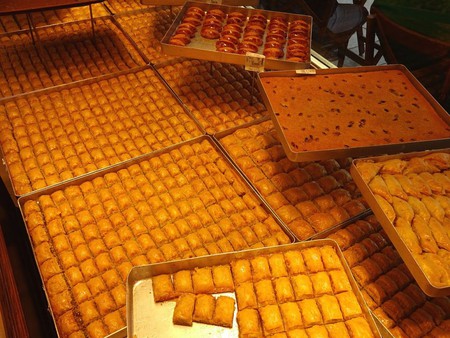 The Lebanese, and Arabs, in general really love their food. Arab cuisine is one of the most diverse and delicious out there. Dessert is no different as there are a variety of Lebanese sweets to savor after a traditional meal. If you’re confused which to choose here’s a guide of the best to try.

The base of most Lebanese sweets is Kashta, a filling you’ll find in a lot of desserts. Kashta will be new to you as it does not exist in many countries. It’s a milk based, cream-like substance which is a bit more consistent. Kashta or Ashta is prepared by boiling milk with rose and orange blossom water and extracting the clotted cream from the top. This cream is a local delicacy and a must try with corresponding sweets. To further sweeten the dishes the Lebanese typically use Katr, a local syrup made by boiling sugar and rose or orange blossom water.

Knefeh or Kunafah is perhaps one of the best known Lebanese, Arab sweets. Pronounced knai-feh in Lebanon, it is an Ashta based dish served for breakfast or dessert with Katr. It is made by putting the filling between two pastry spreads. The pastry itself is made from a special dough and topped with an assortment of nuts. It can also be filled with cheese and eaten with Ka’ak, a sesame based bread. 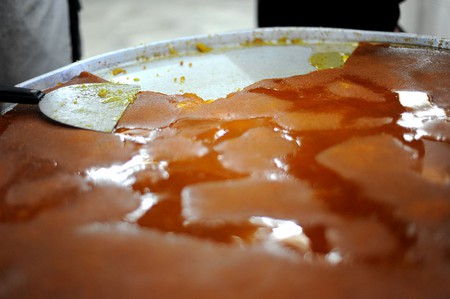 Halewet El Jeben pronounced Ha-lai-wet El Jeh-ben is a Tripoli based cheese roll sweet. Cheese is boiled with rose water and sugar until it is a tough paste. Then it is spread out on a pan, cut and rolled into pieces. The rolls can be eaten with nuts, Kashta and Katr. Moreover, they can be eaten as slices or made into a softer paste to use in other sweets. 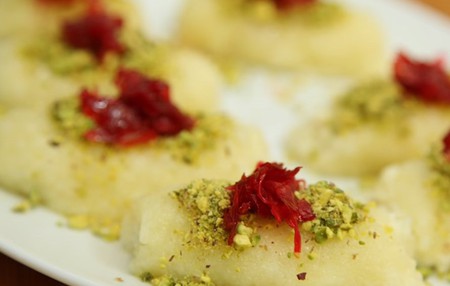 Ma’amul is probably one of the best known Lebanese/Arab sweets. It is a biscuit-like snack that is usually filled with either dates or nuts and sugar. The Ma’amul with nuts is usually identified by fine sugar spread on the top and the dates are bare. The biscuit is almost exclusively served on major holidays as families get together and visit each other on days like Eid. A lot of families still group up and bake homemade Ma’amul, especially in the countryside and villages. 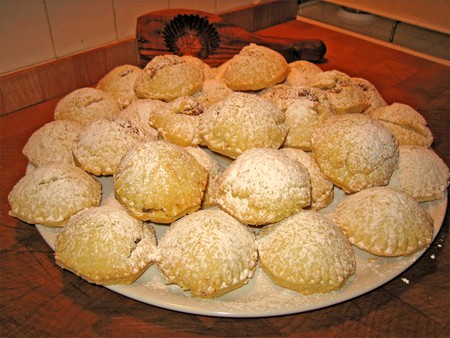 Pronounced Znood Al Sitt, this is perhaps one of the best sweets on the list; certainly the biggest indulgence. The sweet is made of a fried crispy roll stuffed with Kashta and topped with nuts. Usually three or more are served on a plate as dessert. The dough itself is overwhelmingly sweet with a salty tinge to it which gives it a unique and layered flavor. 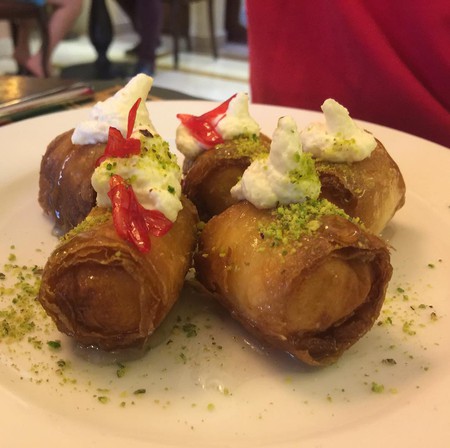 A well-known sweet, Baklawa originates from the Ottoman empire and was transferred to Lebanon during the Ottoman rule. The sweet is made up of two layers of crispy sweet dough stuffed with nuts and Katr. The dish is prepared by spreading the mixture on a pan, baking it and then cutting it into small bite-sized pieces. It is also customarily served to guests and during holidays. 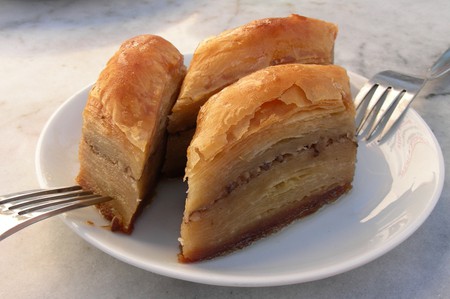 Pronounced Maf-Roo-Kai, the sweet is made from Knefeh dough and Katr. The dough is made to be softer and is spread on a plate with Kashta and nuts topping. It is typically very sweet and does not require extra Katr to be poured on top. The dish is a local favorite and is usually eaten ready, not made made at home. 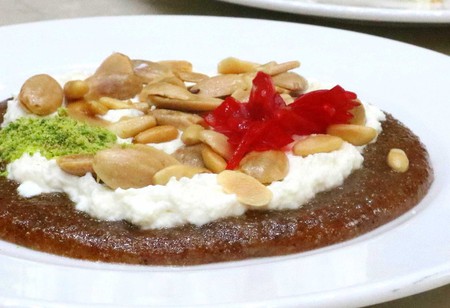 Pronounced Ka-Ta-Yif, the sweet is named after its distinctive dough or bread. It is made up of a soft, doughy bread which is stuffed with either cheese or Kashta and topped with Katr and nuts. What is special about the dough is that it maintains its softness even when baked as the Qatayif stuffed with cheese is baked and the Kashta stuffed is not. Moreover, typically the one stuffed with Ashta is left half open for easy identification. 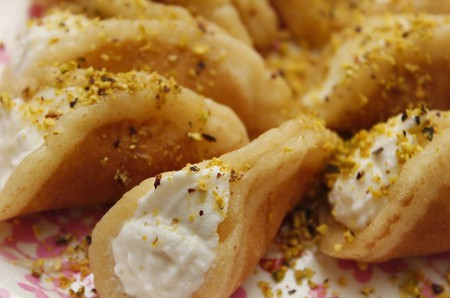