The Most Beautiful Churches in Beirut 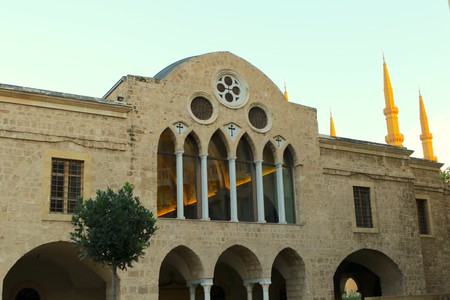 Beirut is one of just a few Arab cities to have a vast array of churches from numerous Christian sects, and they range from ancient Byzantine cathedrals to smaller, modern chapels that are as fascinating as they are beautiful.

Beirut is a city known throughout the Middle East and beyond for its rich religious diversity, and all of Lebanon’s 18 officially recognised sects are represented in its multicultural urban landscape. Of the country’s sects, 11 are Christian, and Beirut’s numerous and diverse churches are a testament to the lasting heritage these communities have had on the city. Here are seven of the most beautiful churches in Lebanon’s capital. 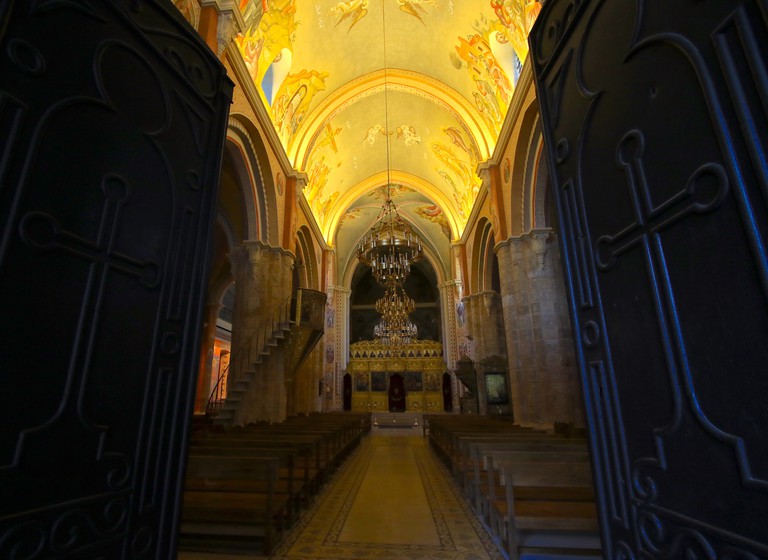 The first church on this list is also Beirut’s oldest – although the current iteration of this cathedral was built only in 1772, its foundations were built 1,400 years before that, under the Byzantine Empire in the 5th century AD. Located in the heart of Beirut’s downtown, this church is gorgeous from both inside and out, and its grounds include a small chapel, an underground crypt and ruins of the original church’s Byzantine columns. The frescoes on the walls inside are some of the most beautiful in Lebanon, but remain marred by bullets from the country’s brutal civil war. 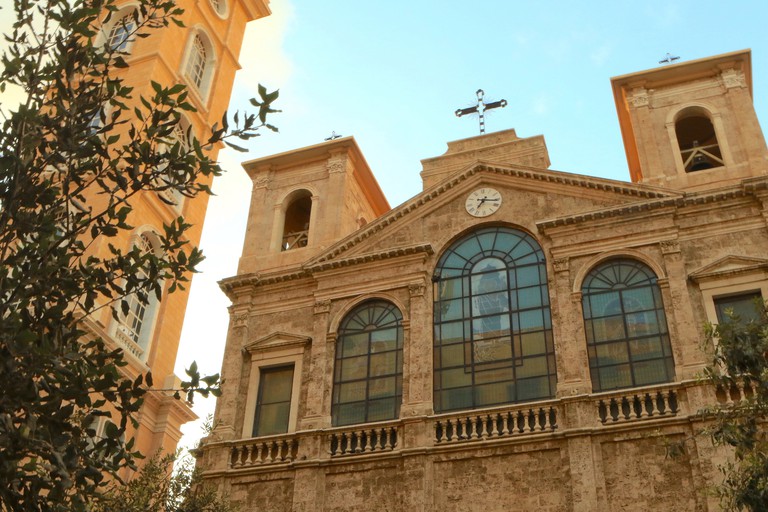 This church has the same patron saint as the Orthodox Cathedral, even though it stands just a few hundred metres away. This cathedral, which was built in the 19th century, is the most important church in Beirut for Lebanon’s largest Christian group, the Maronites. Even though it looks European in design from the outside, its Middle Eastern elements become clear when you go inside – the frescoes here are adorned with inscriptions in the Syriac language, which remains the liturgical language of the Maronite Church to this day. 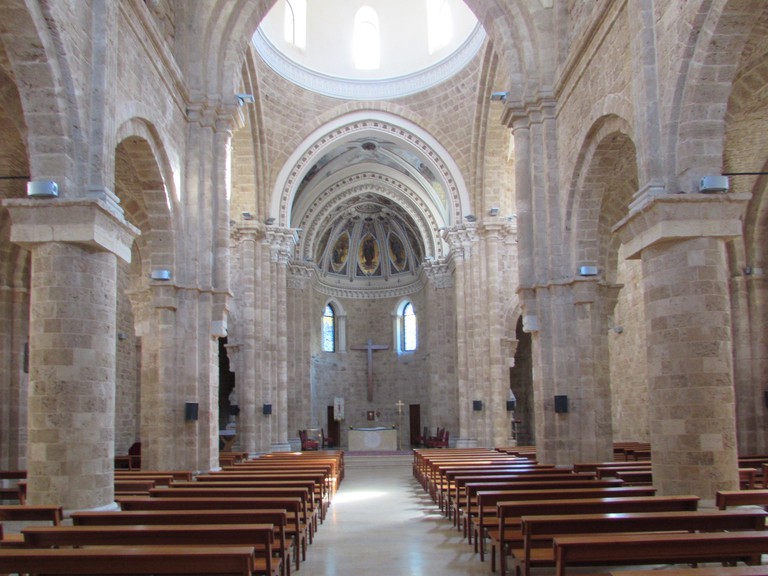 The St Louis Cathedral is a Roman Catholic Church near downtown, and even though it was built by Capuchin missionaries in the 19th century, it resembles older Byzantine churches with its rounded walls and windows and rugged stonework. The exterior is striking, but the high, arched ceilings and elaborate stonework inside are even more breathtaking. 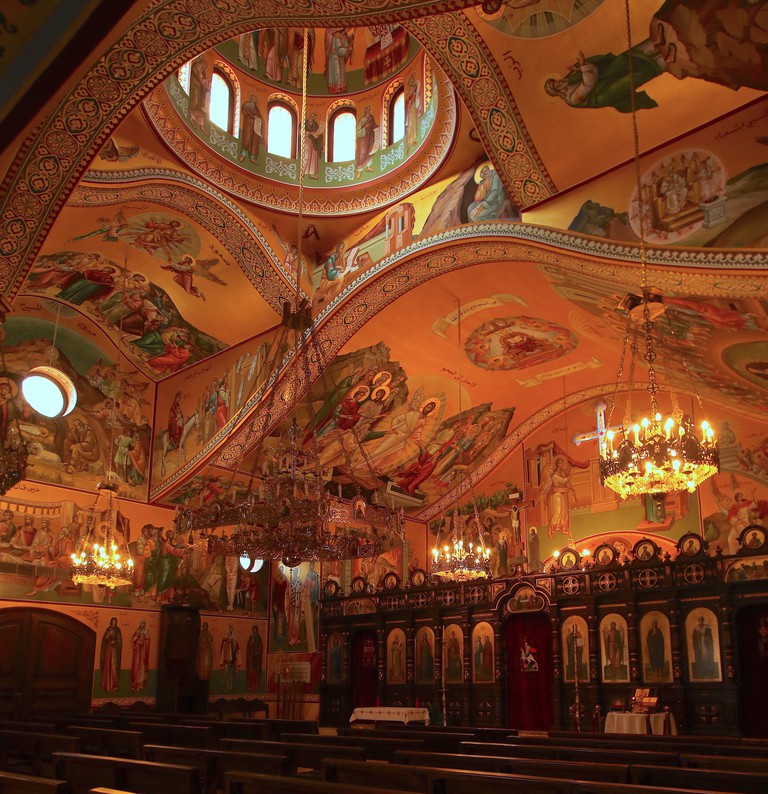 Here’s yet another church named after St George, but this one is much smaller and harder to find than the other two. Located in a nondescript corner of Ashrafieh in East Beirut, this church is dwarfed by the massive hospital located next door. Nevertheless, visitors are likely to find themselves drawn to the traditional red-tiled roof and gold-accented mosaics above the entrance, and inside, they will find a church bursting with colour. 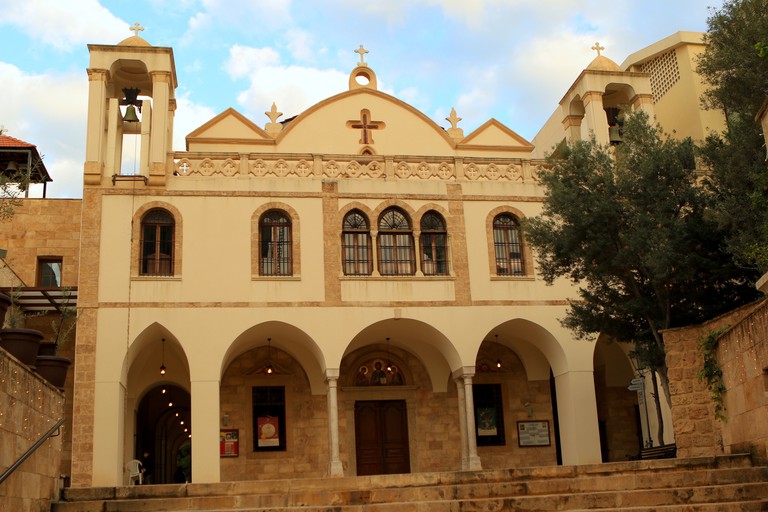 This church, also located in Ashrafieh, has a unique yellow-and-white facade, along with a spectacular interior featuring colourful frescos and arched ceilings. But what really makes this church stand out is its historical cemetery, which includes ostentatious tombs for prominent Beirut families, but also graves of numerous young men who died fighting in Lebanon’s Civil War for various Christian militias. 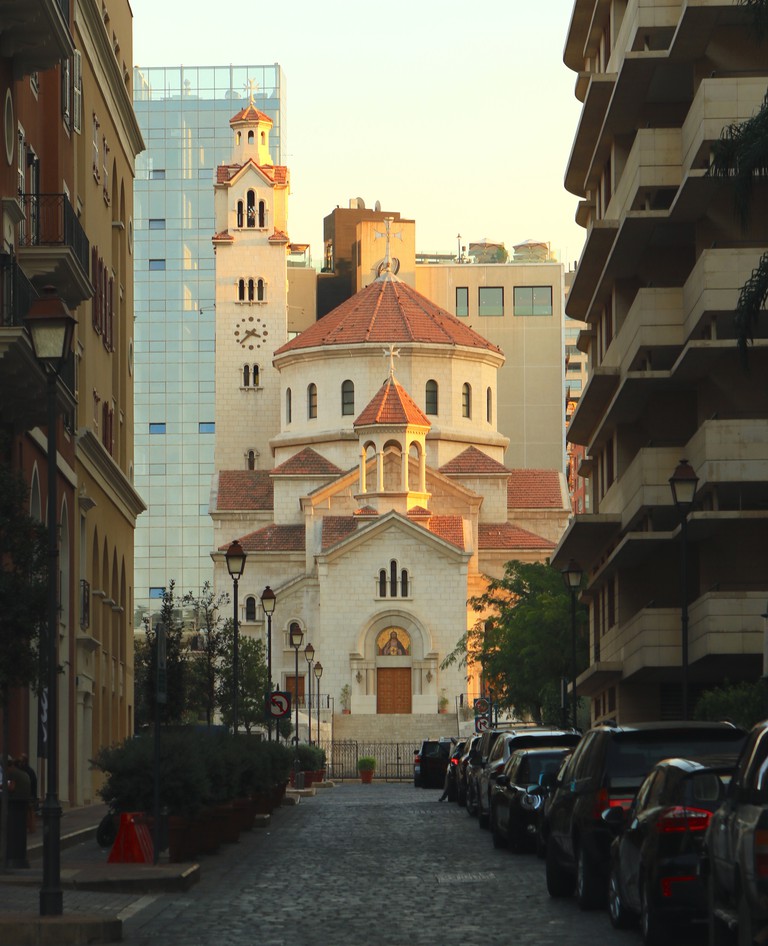 This Armenian Catholic cathedral towers over the area southeast of Beirut’s downtown, and is visible from the highway that cuts through the city. Its clean white-brick exterior, its red shingle roof and its multi-tiered design make for an impressive sight, especially when viewed from Beirut’s Saifi Village. The cathedral’s imposing clock tower further adds to the structure’s grandeur.

This church is located west of downtown, and its exterior is not nearly as ornate as some of the other churches on this list. Inside, however, the incredible skill evidenced by the church’s stained-glass windows becomes fully apparent, and is complemented by twin colonnades of Neoclassical Roman columns flanking an imposing yet simple altar. On some occasions, this church also hosts exhibitions of modernist religious painting alongside its more traditional displays, putting a whole new spin on Christian art in modern Beirut.