The 2014 Beirut Art Fair ran from the 18th through the 21st of September, and held the third edition of the Byblos Bank Award for Photography. The award showcased the most exciting new names in Lebanese photography, promoting their work to a worldwide audience. We profile the 2014 winner, Myriam Boulos, and the remaining nine finalists of this prestigious prize for emerging Lebanese photographers.

Myriam Boulos won the Byblos Bank Award for Photography for the quality and originality of her work. Her series titled Vertiges du matin (Morning Vertigo) explores Beirut’s nightlife – particularly the end of a night out. Boulos’ approach is twofold: there is one aspect of reportage, and one of personal research. Her photographic series concentrates around B018, a historic underground club that was supposedly built on the exact site of massacres during the Lebanese war. The clientele is loyal; their rush is temporary; their dissatisfaction is chronic. Boulos went to the club every Thursday, Friday, and Saturday between 3 and 7am and established personal relationships with her subjects, though she always kept a certain distance by “hiding” behind the lens. 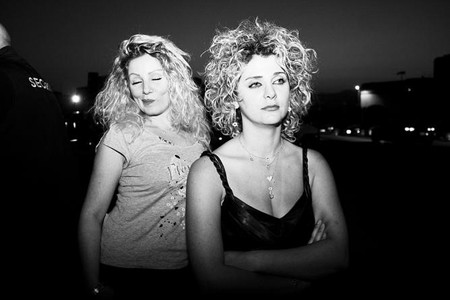 May Arida describes herself as “a photography enthusiast.” Her work Almost There (2008) is a part of a series inspired by the beauty and mystery of clouds. The artist says, “Clouds have something unexpected, melancholic and poetic – something of a universal appeal.” In her works, the clouds and skies interact with an element of the everyday, provoking in each case an emotional trigger and a particular memory. Through her various photographic techniques, Arida aims to contribute layers of meaning through which notions of space and time are perceived. With this particular body of work, she attempts to transmit her fascination with ephemeral moments “where the passage of time is suspended and captured, and then shared between people, places and times.” She goes on to say that people and clouds have something in common: they are similar, yet each one is unique. 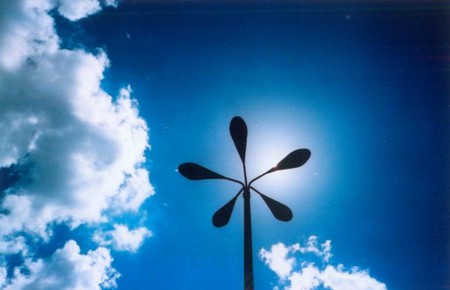 Hussein Baydoun is a photojournalist who captures pivotal moments in the lives of his people during times of political and civil unrest, and documents poverty across Lebanon. About photography, Baydoun says: “Photography is an occupation that uses both sides of the brain. I didn’t choose it, it rather chose me.” About his work: “My objective is to shoot all sorts of injustice at shadow and show it to the world.” 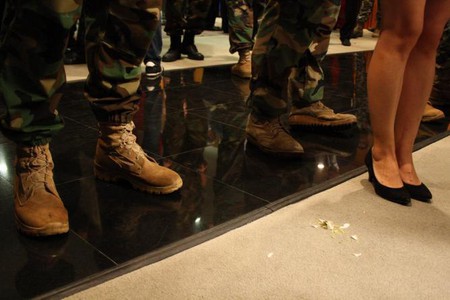 Angelo Beaini studied philosophy at the Lebanese University in the field of hermeneutics before becoming interested in photography as a philosophical art. The Silent Scape (2013) is an inner journey towards peace and calm. In what he calls ‘our contaminated daily life’ there is a noise of the multitude, where we become confused with multiplicity and the masses. Our contaminated life becomes an “anonymous enemy of the shadows.” The ‘silent space’ is that place where the multitude vanishes and where the journey of the light begins, that place in which uniqueness rises beyond the moment. Beaini’s practice is deeply rooted in philosophical thought, exploring the existential concepts of human life and trying to capture still, universal and eternal emotions. 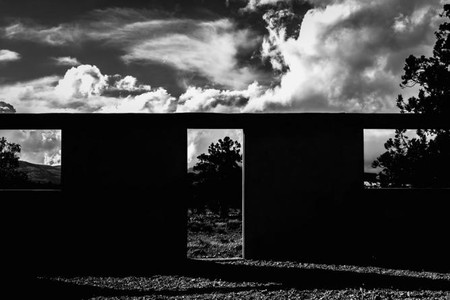 Inspired by Jeff Wall and Gregory Crewdson, Sandra Fayad’s documentary series about taboo subjects in Lebanon turns models into actors for her photographs. The scenes are in communal and public spaces, backdrops of where ‘things of life’ happen, where the spectator becomes an actor himself. The subject is posed at the crossroads between the world of ideas and truth, a time and space where, says the artist, her project finds its objective: “to grasp the meaning of the image in both its reality and all its differences.” Fayad aims to highlight the paradoxes between men: identical and yet so different from each other. Her photographs are imperfect reflections of reality. They highlight the underlying, inevitable differences that man cultivates and that feed a need for conflict, complexities and dangers. Yet, the artist points to a resolution through her images: through all our differences and our desire to stand out in some way, we are all simple mortals. 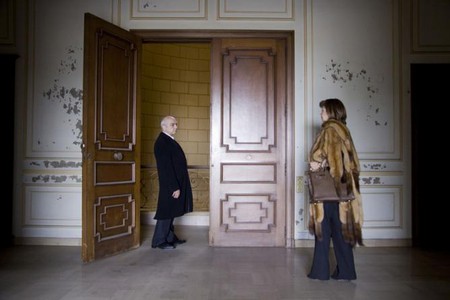 Shogh Ian is a photographer and a painter. Her subjects are deeply rooted in humanity and in her desire “to see mankind live together.” A Day in Paradise is part of a series of photographs in which the artist portrays her subjects wearing a white mask covering their identity and their individuality. She expresses her concept thus: “The reason why I almost always choose mask as the object of my art, be it photography or painting, is because I think all human beings wear layers and layers of masks during their life. Let us be honest with ourselves first and accept that each and everyone of us is wearing a mask and hiding our true faces.” 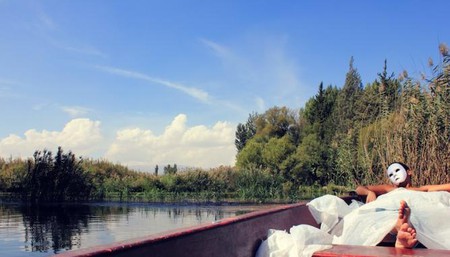 Danielle Kassouf lives in Zahle, Lebanon. Light is a constant aspect of search for Kassouf: “Perfection of the light is something that we could not achieve easily but we all dream about.” For the award, she presented Insomnia (2013), a photograph part of a series that captures dancers during their performances, in still images that incorporate and immortalise their movement, which in turn expresses a state of mind or an emotion. Kassouf says: “This dancer is trying to reflect insomnia through his body; and through my lens I tried to reflect that insomnia, which is taking place not only inside him and I, but also within each Lebanese man and woman suffering from the unstable economic and security situation.” 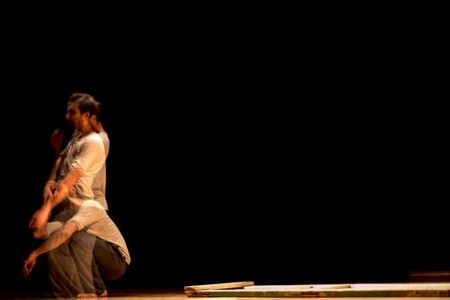 Diana Mehrez is a trained architect, who has embraced photography as a means of artistic expression. She connects architectural photography to fine art through an abstract series of images. Instead of showing a building in its whole or in its architectural, urban context, the photographs present modern architecture through a more minimal aesthetic approach. Focusing on the elements that form its essence and excluding external and distracting entities, Mehrez brings to the fore a variety of interpretations of architecture. As she states: “the abstraction gives place to a visual language made of patterns, shapes, clean and clear lines, and light.” 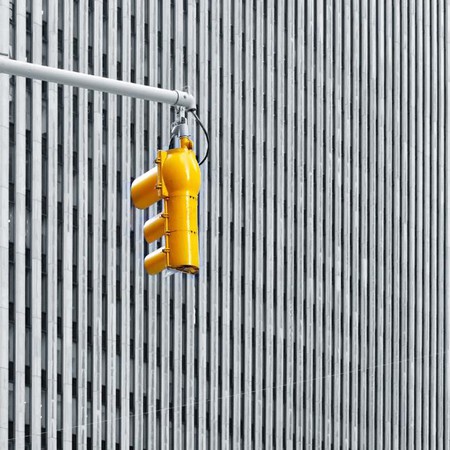 Richard Sammour studied cinematography, a discipline that shaped his passion for light and exposure in photography. His winning first prize in a photographic competition in university was a turning point in his career as a photographer. Working for a variety of publications, he concentrated on conceptual photography in his artistic practice. His creative process incorporates manipulation and Photoshop with many layers; he maintains that this is the expression of how he sees the world, through a different, maybe slightly dark, vision. Through the usage of a variety of symbols, such as tree, phalluses, stars, birds, Sammour wishes to bring the audience beyond the surface of his images, to a deeper understanding of its imagery and metaphors. 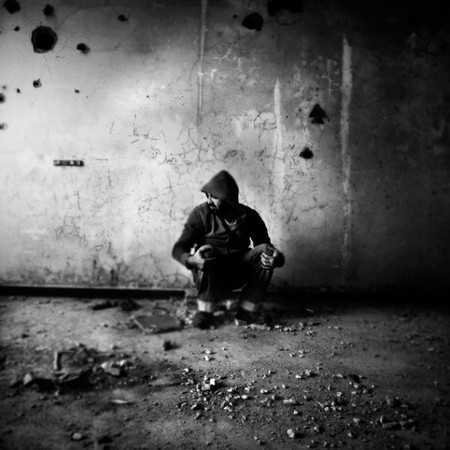 Nina Sharabat offers a “reflection of the world” through her lens. Her photographic works aim to convey the beauty of the human and nature’s soul. Her photograph Myst-guided (2011) is part of a series entitled What Lies Ahead. Taken during her travels through Nepal’s inspiring highlands, the image was shot at seven in the morning, after two rainy days, as she was getting ready for an elephant ride. The jungle, covered in what she calls “a mystical fog,” provided the perfect backdrop for the photograph portraying one of the elephants standing in front of the landscape, silently, in awe, that same powerful emotional state in which the artist found herself in the presence of nature. 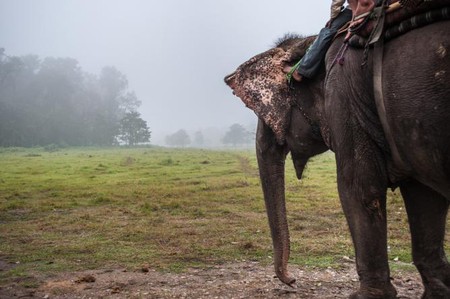