Operation Salam Sends a Message of Peace in Tripoli

In November 2017, a huge project was unveiled on the rooftops of Tripoli, Lebanon – a 1.3-kilometre-long string of green letters that reads salam, meaning ‘peace’ in Arabic. The masterminds behind the project, named Operation Salam, were twin brothers Omar and Mohamed Kabbani, who form the Lebanese street-art duo Ashekman. 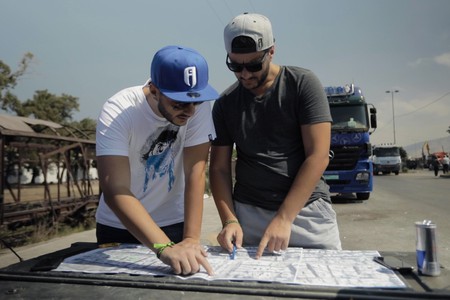 The aim of Operation Salam was to reframe how the world sees the Middle East.

Omar Kabbani says that, while the region is full of positive developments, the news often only portrays negative stories about the Middle East. As a response, the brothers wanted to create a big message “that can be seen from space”.

The brothers chose the word salam to show how much the idea of peace means to Middle Easterners.

“We wanted to convey a message that we are a region that wants peace, that is full of peace, and we decided to do that through our art,” he says.

Omar says he and his brother chose to create the project in Tripoli because of the city’s dark past and the negative association many outsiders have with it. The letters are painted on the rooftops of Tripoli’s Bab al-Tabbaneh and Jabal Mohsen neighbourhoods, which witnessed intense fighting and attacks between rival Sunni and Shi’a groups from 2011 to 2015. Since then, NGOs and community groups have been promoting reconciliation efforts and working to improve the underlying poverty that fuelled the conflict. Tripoli today is a budding tourist destination, with ancient souks, mosques and an imposing Crusader castle. 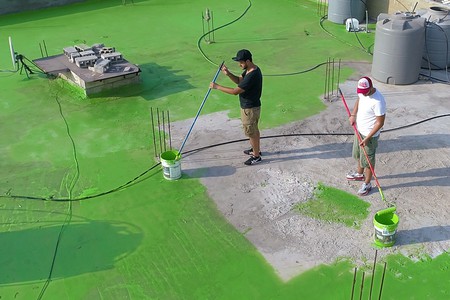 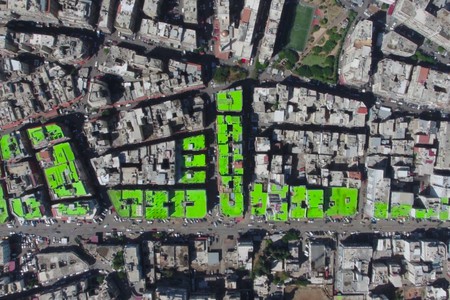 The Kabbani brothers are natives of Beirut, but produced this project in Tripoli. Having been born and brought up during the Lebanese Civil War, they founded Ashekman in 2001 as a way to express themselves, initially through rap.

“The civil war, or the war in the region and the conflict in the region, were a major influence on our art,” Omar says.

Ashekman eventually turned to graffiti and Arabic calligraphy after using street tags as a way to market their music. Since then, they have created large-scale murals using Arabic calligraphy throughout Lebanon, but also in Kuwait and Dubai.

Yet, Operation Salam was truly a herculean task – the Kabbani brothers worked with 52 people they employed from the local community over the course of three weeks, working 10 hours every day, after a three-year planning phase. 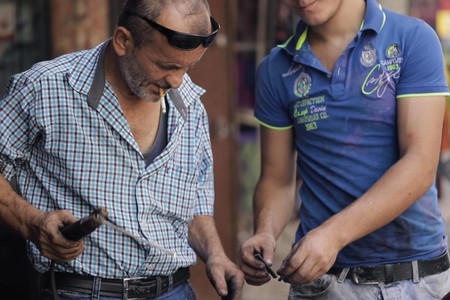 “It was very important for us to include the local communities in Operation Salam,” Omar says, adding that the project was developed on apartment rooftops, the residents of which were people who lived through the civil war.

Although at first locals were sceptical about the project, Omar says that after they learned about the motivations for the scheme, they became excited and eager to help. He added that, given the success of Operation Salam, Ashekman is exploring similar projects in other conflict-stricken parts of the world.