Meet Khansa, the Performer Redefining Masculinity in the Middle East

Mohamad al-Khansa has a bold vision – to transcend notions of masculinity in Lebanon. And though his gender-defying performance art is breaking new ground today, the artist is just joining a long legacy of male belly dancers in the region.

Known by his stage name, Khansa, the Beirut-based artist is a male Lebanese belly dancer, and a relative anomaly in an art form that has long been dominated by women. Khansa says he is a multifaceted artist, using vocals, recorded music and performance art in addition to belly dancing in order to express himself. 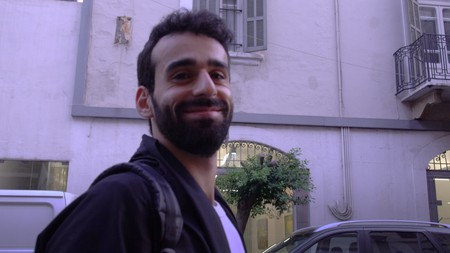 “The goal is to break many stereotypes of classical and traditional Middle Eastern values regarding masculinity,” Khansa says. He aims to express power and eroticism through his dancing, inviting a fluid interpretation of gender.

Born in Ghobeiry, one of Beirut’s southern suburbs, Khansa says he was interested in gender-bending performance from a young age, and was inspired by Arab stars like Egyptian singer Umm Kulthum.

“The earliest memory I have of myself performing as a child is during the fifth grade at the end-of-year performance,” he says. “At that time I was really influenced by female icons and divas from the Arab world, and I ended up impersonating one of them in front of an audience of parents.”

Khansa is part of a long tradition of the type of belly dancing that traces its origins to Egypt and today has distinct styles present there as well as in Turkey and in Lebanon. Having long fascinated European so-called orientalists in the colonial period, the dance today has become more of a folkloric tradition, especially in Lebanon, where it is known as a folk dance – raqs baladi. 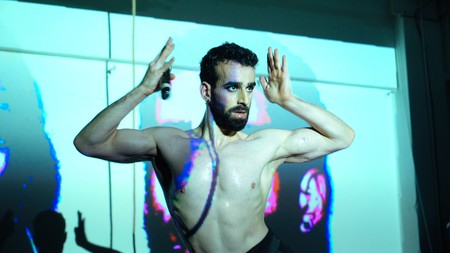 He is known by his stage name, Khansa | © Culture Trip

Even though his gender-defying performance art is breaking new ground today, Khansa is far from alone if you look back at the history of the art form. For centuries, belly dancing was also performed by male dancers, or zenne, in the Ottoman Empire, and another related dance was performed by köçek, who were often young boys dressed in feminine clothing. One particular group who influenced Khansa were the khawal of Egypt – cross-dressing dancers who often performed at public ceremonies in the time before the 20th century.

Despite this history, the art Khansa performs today is still fighting modern gender roles and received definitions of masculinity.

“This existed a long time ago,” Khansa says, “and for some reason it doesn’t exist anymore, and there’s nothing shameful about it. The only shame comes from within the community itself.”

Today, Khansa is not the only male belly dancer in the Middle East, nor is he the only one in Lebanon – dancer Alexandre Paulikevitch has also made a name for himself in Beirut. Modern zenne have begun popping up in Turkey again, too, and male dancers have also been active in Egypt. Khansa says that part of his mission is to shed light on the history of gender fluidity in the Middle East, and to prove that what he is doing shouldn’t be seen as alien. 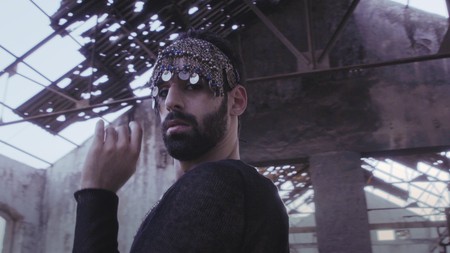 ‘There’s nothing shameful about it,’ says Khansa | © Culture Trip

“Let’s go back in history and accept that this used to be celebrated, and the only people who stopped it were the [audience], who did not accept the fact that this made them feel something. This comes from people’s insecurities, rather than from the performer.”

Today, Lebanon, and especially Beirut, is a relatively progressive place for LGBTQ and gender non-conforming communities, when compared with the rest of the Middle East. In many ways, the momentum is working towards a freer, more open environment – in March 2019, the top military prosecutor in Lebanon handed down a landmark decision stating that homosexuality itself is not a crime, signifying a step in the right direction.

Yet, socially, the LGBTQ community continues to face harassment from the police and from a large segment of the public, and remains taboo in mainstream Lebanese society. Last year, the organiser of the Beirut Pride festival was detained, causing all associated events to be cancelled. By and large, LGBTQ rights in the country still have a long way to go.

Khansa himself says that he has experienced the effects of this as a performer in Lebanon. As a child in the Scouts, he regularly performed in drag, which was always well received. “Everyone was smiling and enjoying themselves,” he says, adding that many began to criticise the use of drag in his performances only once he became an adult.

And yet Khansa’s popularity is growing – videos of his recorded music have seen 100,000 views on YouTube, and he is set to embark on some live performances soon. His influence is harder to measure, but one thing is certain: he is not giving up the fight for a freer future.