Marcel Khalife: The Rebellious Master Of The Lebanese Oud

Singer, composer, and one of the world’s most acclaimed oud players, UNESCO Artist for Peace Marcel Khalife has been, since the 1970s, a vital presence in the Arabic music world. From historic muwashshah to his latest oriental-meets-electronic project, Khalife doesn’t follow Arab tradition — he reinvents it. 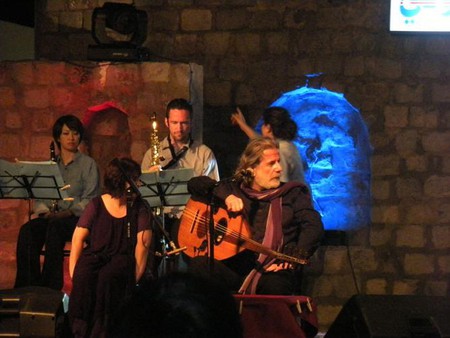 Starting his long and daring musical trajectory from a small coastal village in the North of Beirut, Marcel Khalife has been devotedly preaching the ways and joys of the oud — turning more eyes and tuning more ears to the depths and richness of Arabic music. From his early teachings at the Beirut National Conservatory of Music to his ever-growing international career, he has been striving to break with the sonic conventions and constraints that traditionally define the instrument, redefining himself as some kind of a musical rebel on the way. 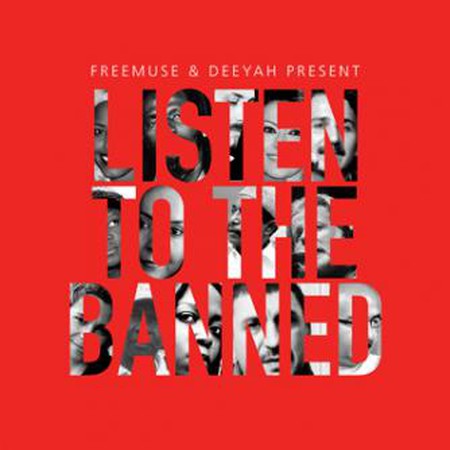 CD cover | © Listen to the Banned

Like his music, Khalife’s rebellion takes multiple forms. Notably, he has been thrice prosecuted for so-called desecration of the words of the Koran in the song Oh My Father, I am Yusif. Based on a poem by the renowned Palestinian poet and writer Mahmoud Darwish, it is inspired by the story of Joseph (Yusif) and includes a verse from the sacred Islamic text. Dar-al-Fatwa, Lebanon’s highest Sunni authority. Judged to be singing the Qur’an and therefore ‘absolutely banned’, the song brought Khalife to the Beirut Court of First Instance for blasphemy – of which he was ultimately acquitted. With the musician himself actively leading the race for freedom of expression, his cause received solidarity from a number of artists, intellectuals and human rights supporters — Darwish included. Part of a wider music heritage that ‘makes dictators tremble and fundamentalists angry’, Oh My Father was subsequently included in the CD Listen to the Banned — a compilation by Norwegian artist of Muslim descent Deeyah and Freemuse (‘the only organisation in the world advocating freedom of expression for musicians and composers’) in honour of all those censored, persecuted, imprisoned, or even tortured.

Transferring, in addition, his revolutionary, avant gardist spirit on paper, Khalife has been publishing books since 1982, creating innovative material for aspiring oud players and a legacy for Arab music lovers as a whole. Book-bound throughout his career, he consistently dressed up, the verses of prominent contemporary Arab poets — Palestinian icon Mahmoud Darwish’s soulful, political reflections on sorrow, mortality and belonging resonating more than anyone else’s. Songs like Jawaz al-Safr (Passport), as well as Oh My Father, I am Yusif, based on his verses, count among the artist’s more recognisable melodies.

Khalife’s multi-award-winning musical oeuvre inventively marries Middle-Eastern and Western traditions, where the oud flirts with the piano and a symphony rubs shoulders with jazz-inspired sequences. In more than 20 albums to date, from 1976’s Promises of the Storm to 2007’s Takasim, via the evocative Where from, do I Enter the Homeland? (1978) and Ode To Homeland (1990), Khalife has juggled the improvisational taqsim and the historic memory of Al-Andalus, cinematic soundtracks and music for dance. His time-tested chemistry with Al Mayadeen Ensemble has been captivating live audiences since 1976, though his orchestral pieces have been interpreted by established ensembles across the world and conducted by the likes of Lorin Maazel. Faithful in his promise to break new ground, in 2011 he reunited musically with his two sons Bachar and Rami (a pianist and composer in his own right), mixing oud, piano and percussion in oriental-to-synth experiments that reached new heights and audiences (it was broadcasted live on the local MTV).

Some of Khalife’s first performances took place in bombed-out concert halls, during the Lebanese Civil War, but his music was, in the artist’s words, ‘a sort of balm for those wounds’. This balm seems to still heal a lot of souls, consistently bringing Khalife out of Beirut and into concert halls across the world, from Jordan to London’s Barbican Centre, last June, where the artist and his ensemble, once more, shared with the world the late Darwish’s ever-inspiring message.