Pascal Odille, Artistic Director of Beirut Art Fair, is one of the foremost experts on contemporary art from the ME.NA.SA region. Born in France but long associated with the Lebanese art scene, Odille has worked with traditional art auctioneers and instituions but is nonetheless unafraid to innovate: in 2012 he introduced design to the Beirut Art Fair, to some surprise. We ask Odille about his work and the future of the region’s contemporary art scene. 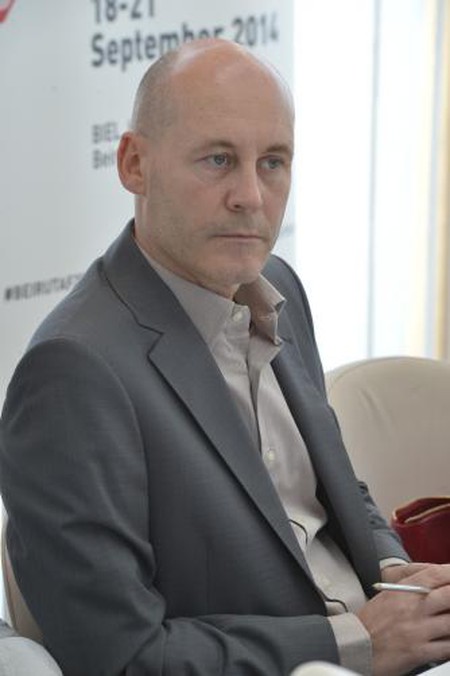 Cassandra Naji: You’re the Artistic Director of BEIRUT ART FAIR (BAF), and will take on the same role in the upcoming SINGAPORE ART FAIR (me.na.sa.art). Can you tell us about your vision for the two events and what the role of Artistic Director entails?

Pascal Odille: BEIRUT ART FAIR and the upcoming new SINGAPORE ART FAIR (SAF) are two commercial art events dedicated to artists from the ME.NA.SA (Middle East– North Africa– South & South East Asia) region. Along with what the two fairs offer in modern and contemporary creativity, BAF and SAF are designed to encourage the ‘rediscovery’ of artists who have been neglected by art history and the art market for various reasons: politics, censorship, or even due to some collectors focusing primarily on Western art until the late 1990s.

Another essential point for BAF and SAF is the relevance of our cultural ’non-profit’ spaces. On the occasion of BEIRUT ART FAIR, this year we are pleased to present an exhibition set up by Fabrice Bousteau titled SMALL ART IS BEAUTIFUL focusing on contemporary Indian design works in small formats, a video project called Body Politic coordinated by Silke Schmickl, and an interactive space dedicated to engraving and animated by Fady Mogabgab.

As for SINGAPORE ART FAIR, there will be a space dedicated to the creation of ME.NA curated by Catherine David, a pavilion featuring Lebanese contemporary art coordinated by Janine Maamari and finally, a video project that is distributed throughout the fair and is designed to take the visitors on a journey.

My role as Artistic Director for both fairs is to bring coherence between non-profit spaces and commercial galleries, trying as much as possible to avoid repetitive artistic proposals. I also make sure that all trends in contemporary art are represented in order to offer collectors and enthusiasts the widest possible range of artistic creation in the ME.NA.SA region today. 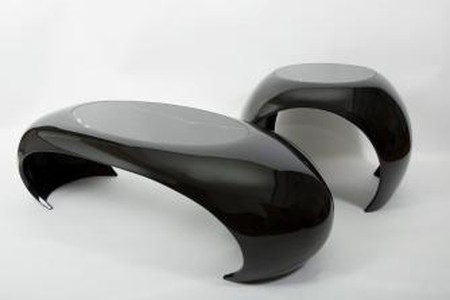 CN: You also do independent curation focused on Middle Eastern contemporary art. What drew you to the region and its art scene?

PO:I discovered the modern and contemporary creation in the region 20 years ago with Laure d’Hauteville, during a visit to Lebanon, where she lived. I was initially surprised by the ease of access to artists, curators and critics, which was not the case in Europe. It was easy to talk and interact with them. I was touched by their speech and sincerity, which I did not always find amongst Western artists. Therefore, real connections were set up and we started working together with a passionate and enriching feeling. 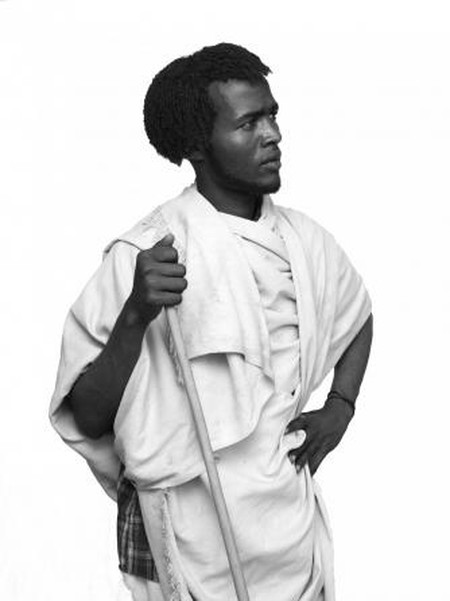 CN: Why did you introduce a Design section into BAF? Can you explain a little about the Lebanese design scene and why it’s interesting to international audiences right now?

PO: Beyond the interpretations of traditional furniture, Lebanese designers are extremely inventive. The success of those already known, such as Karen Chekerdjian, Nada Debs, Wyssem Nochi or Bokja designers has opened the door to a whole new promising generation like Maria Halios, Cyrille Najjar or Carlo Massoud. The great strength of Lebanese design is that it’s able to rely on the expertise of the traditional Lebanese craftsmen. The concept of mass production is excluded given the lack of local industrial factories, something that I find to be interesting and valuable.

CN: Art Dubai and Abu Dhabi Art are both strong forces in the region’s art market; what makes BAF different and how can you compete with the larger fairs?

PO: Indeed, Dubai and Abu Dhabi are two very important events in the region and we have excellent relations with the organisers of these events. We are not in competition with them, simply because our niche remains different. Our specificity on the work of modern and contemporary artists of ME.NA.SA regions remains our identity. We aim at being a discovery fair, in the spirit of a ‘boutique art fair’, a place of exchange and discovery dedicated to amateurs, collectors and professionals of the art market in the region.

CN: North Africa’s contemporary art scene still has a way to go before it achieves the international recognition of Middle Eastern art. What kind of support and/or new initiatives would North African art benefit from right now?

PO: The situation in North Africa is indeed special. Algerian artists are difficult to contact when they are not part of the diaspora, the fact that the galleries are almost internationally absent is a major obstacle to their visibility. The situation in Morocco is different, many galleries and art events helped in the establishment of numerous artists residing in the country. As for Tunisia and since the Arab Spring, the art market has been struggling to get back on track. That is why we set up non-profit spaces (Catherine David’s ME.NA Pavilion at SINGAPORE ART FAIR) and we support young galleries such as Mamia Brestesche (Paris). We strongly believe in defending such artistic creations. 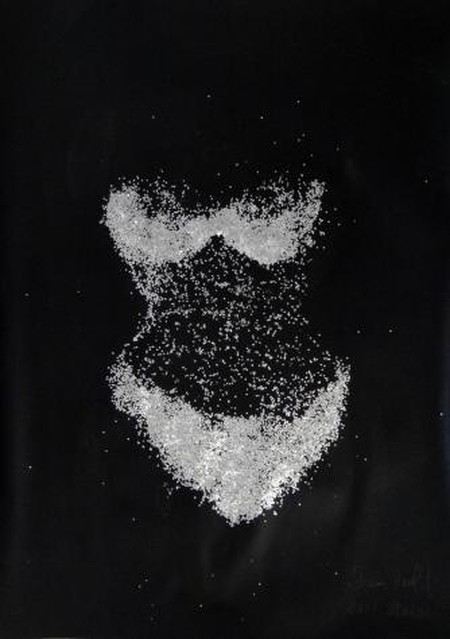 CN: You teach Masters students about the art market. What are your predictions for the market for Middle Eastern art in the next few years? Will any collecting trends emerge?

PO: Compared to the Western market, which remains in my opinion a very speculative one, I find the Middle Eastern market relatively healthy. However, much remains to be done. The relative unfamiliarity of some of the region’s collectors with specific mechanisms of the art market and a lack of information regarding the artists (for example, absence of catalogues raisonnés and monographs) are features that can slow the evolution of the market. We need serious academic research as well as true reflection on the artistic work of the region to reassess it to its fair value.

CN: Photography is a popular medium for Middle Eastern artists. Why do you think photography appeals to the region’s artists, and what are your thoughts on the future of the medium in the Middle East?

PO: It is a fact that photography is an extremely popular medium for artists in the Middle East. This is testament to a real diversity and openness towards foreign countries. It is a break-away from the so called ‘traditional media’. It exceeds the debates on identity and local consciousness of a ‘non occidental’ art. It combines ancient and contemporary techniques, and has the particularity of a video of being an artistic medium that is easy to reach and being a multiple.

CN: What are the most common misconceptions people have about the art of the Middle East, and how do you go about disabusing people of those misconceptions? Would you recommend any particular institutions, texts or courses to understand the region’s real art scene?

PO: It is true that the information in the West about the Middle East often revolves around dramatic political events and conflicts in this part of the world. It is also true that the West, marked by colonial history, is more interested in the traditional arts of Islam than the modern and contemporary creations in the region. One can only regret this because it is through artistic production in these regions that we best capture what differentiates us and at the same time what brings us closer together.

The books and articles that you offer on your website are references that allow people to have a better vision of the artistic creation of ME.NA. 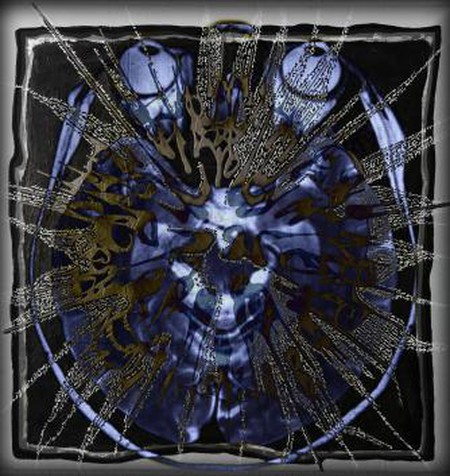 CN: You’re an art advisor – what should we be buying right now? Who’s on your watch list?

PO: As an art advisor, my first advice is always the same: buy with your eyes and not with your ears. Advising collectors has always been a challenging and complex exercise! Not being a speculator, I usually push those who place their trust in me to focus on young artists and to rediscover modern underestimated artists.

The list of artists who have caught my eye is too long to be quoted, and I wouldn’t want to forget anyone inadvertently.

CN: If you could give your younger self any advice at the start of your career, what would it be?

PO: I imagine that my first advice would be to get involved at a younger age with the artistic creation of ME.NA.SA. I regret not knowing many important artists who are no longer with us today.