Lebanese musician Marc Codsi has made a name for himself with his band Scrambled Eggs and his soundtrack work for such films as Je Veux Voir. In this piece from ReOrient, Arie Amaya-Akkermans talks to Codsi about his influences and his role in Lebanon’s current music scene. 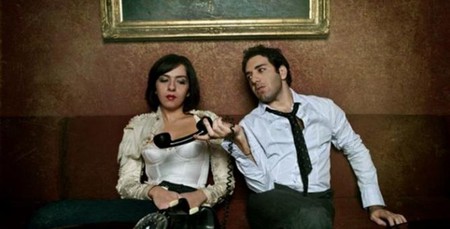 Such did Lebanese actor Rabih Mroué ask Catherine Deneuve in an imaginary dialogue, in Je Veux Voir, Joana Hadjithomas and Khalil Joreige’s 2008 film. This was around the time when I was just starting to pay attention to the music of Marc Codsi and his band, Scrambled Eggs.

In the film, one could witness excavators, bulldozers, and trucks moving rubble, dismantling buildings, stacking the rubble, extracting the iron, and grinding the rest before throwing everything into the sea. The buildings in question had been destroyed during the Israeli invasion in 2006, and the film, in response, provided a suffocating monument to both memory – and anti-memory – in Lebanon.

While watching Je Veux Voir, I couldn’t entirely be sure whether the background sounds constituted ‘music’ altogether, and whether they were pleasant or not, and thus recalled the words of the American composer, John Cage, who aptly remarked that ‘there’s no such thing as silence’. For Cage, there was always something happening; even in a soundless chamber, one can hear their own heartbeat, and the coursing of blood in their head.

However, Cage – like other contemporary composers – was not interested so much in music as he was in sound, and thus strove to test the limits of the relations that sounds could express. Marc Codsi, on the other hand, is not only interested in sounds, but also music (as we know it) and songs, as I later discovered. More than a musician in the traditional sense, Codsi is rather something of a contemporary artist.

Yes – the kind of artist you see testing the limits in happenings and performances, and blurring the lines between the aesthetic and the real. This skilled postman of sound and his solo album, Faded Postcards always remind me about being ‘contemporary’, bringing to mind places such as hyperspaces and airports. It’s difficult to articulate and reduce such sentiments to minimal expressions.

I recently sat down with Codsi to discuss his music career, the alternative music scene in Lebanon, and the curious role that memory – and anti-memory – have played in Lebanese art.

It seems you’ve done a lot of stuff. You started with Scrambled Eggs, mixed for Mashrou’ Leila, Lumi, played in Zeid and the Wings and Lumi, did a few soundtracks, and you also have a solo album, Faded Postcards. What is your musical background, and who are/were your influences?

My musical career started with the punk band Scrambled Eggs – a great school and ‘laboratory’ for me. I remember that at some point, we used to play whole concerts improvised, and I didn’t have my guitar tuned for six months. It was my experimental phase, and I was also doing a lot of things with people in our small but talented experimental scene in Lebanon, with whom I united for a festival called Irtijal.

Later, I sought to develop more of a ‘song’ approach to music, and that’s when I created the band Lumi with the singer Mayaline Hage. Back then, it was more pop and electro-oriented, and we had some mainstream success. After two albums and a lot of touring, I decided to work on a more personal and intimate project, which then became Faded Postcards, released under my own name, for the first time.

As well, I was having fun here and there playing guitar with my friend and fellow musician Zeid Hamdan, and remixing Arabic songs. Lately, though, I’ve been more involved with cinema and soundtracks. I co-composed the soundtrack of Danielle Arbid’s film Beirut Hotel with Zeid Hamdan – which was later banned in Lebanon – and just recently, I co-worked on a song with Yasmine Hamdan (of Soap Kills) for a film by Jim Jarmusch. I hope to release my second solo album soon – it’s almost finished.

You worked on the soundtracks to two Lebanese films by Joana Hadjithomas and Khalil Joreige – A Perfect Day (2005) and Je Veux Voir (2008) – that attempt to tackle the absence of the memory of war in Lebanon, which is quite a thorny issue. What can you tell us about your participation in these projects?

Indeed, memory plays a very important role in contemporary Lebanese art in general. This is obvious, because of our recent history, as well as the fact that we all come from the war generation. Also, the collective re-working of the history of the Civil War – something which usually takes place after such dramatic events – had not yet taken place before those films.

For those two movies, the directors asked Scrambled Eggs to write some music based on the images they had, and the music was mostly composed based on a series of improvisations. Hadjithomas and Joreige recognised in our music something of the essence of Beirut they were after, and I think it worked out pretty well.

Your solo album, Faded Postcards was released in 2010 under your own label. The album is a truly experimental work suggesting a complicated relationship with memory, and seems to build upon fragments – or rather, postcards. What led you to produce this album, and what was the creative process like?

Faded Postcards was like a collection of tunes, which were composed at different moments, yet all had in common the expression – or the attempt – to express one thing, albeit seen from different perspectives. I wanted to explore the essence of a certain inner feeling that I couldn’t quite put my finger on. I tried to venture as deep as I could inside myself, with the belief that the more you ‘touch’ your own specific individuality, the more you can reach a certain universality. I was very happy afterwards, when people told me that they were touched by the music, because it meant to them the same things I felt. It was something that everybody could relate to, on different levels.

In 2008, you formed Lumi with Mayaline Hage, and released the album, Two Tears in Water. This was during perhaps one of the most difficult times in Beirut’s recent history, with the airport closing during May, as gun battles took to the streets, preventing you from travelling to Dubai for a gig. I particularly enjoyed the number, Not Our War – what was this album all about?

Two Tears in Water was meant to be the expression of a sparkling, dynamic, chaotic, and yet falsely naïve Lebanese lifestyle. At the same time, it’s a cult and criticism of our social life. Somehow it’s an ‘anti-memory’ album, as we were sick of the old patterns of history, with its wars and everything else. What we wanted to express was something more positive and more in touch with us – the young generation – and our lifestyle, as well as what was happening with respect to nightlife in Beirut. Accordingly, the album was very upbeat and ‘glamorous’, except for the number you mentioned – Not Our War – which was actually written in 2006 during the Israeli invasion of Lebanon. The song was recorded while planes were flying overhead, shooting and pulverising a neighbourhood two kilometres away from where I live. It was a spontaneous call. 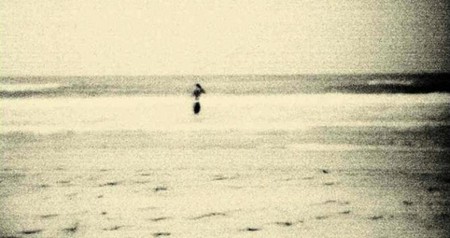 You’re working on a new solo album, due to be released this October. What can you tell us about this new project?

It’s the continuation of Faded Postcards. Somehow, it still has the same spirit, although it’s conveyed in a different way. There is more composition involved, and more instruments – especially the piano that imposed itself naturally in the album. I think composing for cinema has perhaps influenced me, because I feel that the music has a strong visual impact. I also moved to Montreal a year ago, as I needed some calm and concentration – which is really hard to find in Beirut – and in that sense, it’s the album of an émigré.

There is a lot of talk in the international art scene about the Lebanese ‘Underground’, which came into being after the end of the Civil War (if there was such an end), although few actually know what it is. I myself write about Lebanese art, so I’m fully aware about this non-descript place. You have played a role in this underground scene – what on earth is it all about?

I don’t know – a certain label that is good for export? The funny thing is that Beirut is a small city, and small scene where everybody knows everybody else, as well as what everyone is doing. It’s pretty easy for any piece of art to reach a certain degree of attention, especially because the usual filters of art – critics, managers, and labels – don’t really exist, or work properly. Therefore, it’s not an underground scene, but more like a local scene that thinks of itself as the centre of the world.

Lebanon has to be one of the world’s most improbable places – devoid of a national ‘project’, split between cultures and conflicts, resilient in one way, driven to despair in others, humorously sparkling, yet melancholy and sardonic. How does contemporary music in Lebanon reflect on this?

Contemporary music from Lebanon reflects pretty well on this, I think, by being the mirror image of the society embodying all you’ve described – all those conflicts between the past and the future, East and West, ecstasy and despair, hope and resilience, etc. We’re a pretty extreme society, so whatever we do or express is done to the extreme.

This weekend, for example, in the neighbourhood where I live – Achrafieh – they implemented for the first time a no car zone. For twelve hours, no cars can drive in this big, crowded neighbourhood, so that people can enjoy walking their dogs, discovering the architecture of old houses, biking in clean, empty streets, and so on, while only an hour’s drive away, people are shooting each other because they’ve decided they don’t like each other, or are from different sects! That in itself is contemporary art to me. We are a big piece of contemporary art, whether that be good or bad art.

As Romain Rolland famously remarked, ‘Art is a great consolation to the individual, but it is useless against history’. It is perhaps true that music, like all art, can bring about no revolutions and cannot stop any wars – although I refuse to think of art merely as a consolation. What are your views on this? What is your music intended to ‘achieve’?

I’m not sure I agree. Music, likes sport, can create bridges between people who think they have nothing in common. I often receive messages of praise from young people in Israel, for example, who have fallen in love with Lebanese music, and identify with it – how could they not? Those people might think twice before shooting into a Lebanese village when it will be their turn to shoot. That in itself is a victory. 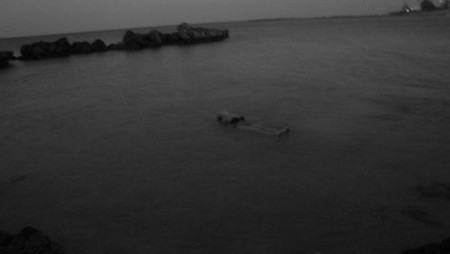 In speaking with Marc Codsi, a steeper edge to the music scene in Beirut is revealed that finds itself not in sweet melancholy sounds from other ages or in bitter lamentations, but rather somewhere in between. It is architecturally impure, and more interesting than beautiful, causing it to become beautiful in the end – not by parallels, but by extravaganza.

Perhaps the terms ‘abstract’ or ‘experimental music’ are a bit exaggerated for the sounds coming out of the noise of an improbable history, and the possibilities afforded by this music do more than please or entertain; they’re fabulations. Sarah Kofman, the late French philosopher, expresses this feeling much better than I do, though, when she says that ‘There is no art, strictly speaking, without intoxication, without an overflow of life that becomes creative by spilling its excess of life into the universe’.