Though haute couture may be more associated with the fashion houses of New York City, Paris and Milan, two talented designers from Beirut in Lebanon are proving there is plenty of eye-catching creativity outside these standard fashion capitals. Culture Trip takes a look at the exquisite designs of Elie Saab and Reem Acra, and their visionary fusion of the Middle East and West.

Elie Saab is a name synonymous with both Lebanese fashion design and luxurious, elegant couture for high-profile clientele. Now a firm favorite worn by celebrities and even royalty, Saab has blazed a trail for the next generation of talented Lebanese designers seeking international acclaim. Born in 1964 in the Lebanese capital of Beirut, Saab became interested in dressmaking at the ripe age of nine when he began to design and sew dresses for his sisters. Taking inspiration from the women that surrounded him, from his family to his neighbors, the prodigious youngster developed a passion for designing elegant garments that flattered the female form, and began selling his designs to women in his hometown. 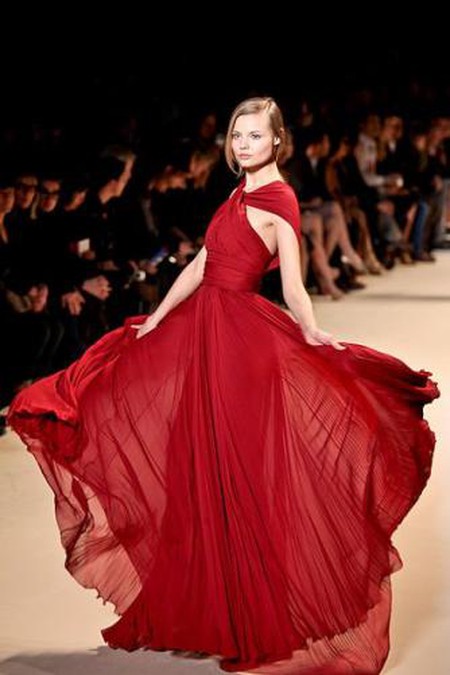 Following a brief stint in Paris studying fashion, the self-taught Saab returned home to Beirut, opting to trust his own initiative and natural talent rather than pursuing a formal education. In 1982 (when he was only 18), Saab established his first couture atelier, which specialized in the design of wedding dresses typified by luxurious fabrics, lace and crystal details, and ornate embroidery. In 1997, Saab became the first non-Italian designer offered membership in the Camera Nazionale della Moda Italiana, the illustrious body responsible for the development of Italian fashion and the organizers of Milan Fashion Week. In the same year, he had his first fashion show outside of Lebanon. The late 1990s also saw the launch of his ready-to-wear line, as well as the notable event of Queen Rania of Jordan wearing one of his designs for her coronation. When Halle Berry wore his gown to the Academy Awards in 2002, international fame followed almost overnight.

Yet despite his exponential rise to the international fashion scene, Saab has not lost sight of what originally set him on his path of becoming a fashion designer – the women that surrounded him as a youngster and his wish to make them feel beautiful in designs that complement, rather than overshadow. As Saab said in an interview with South China Morning Post, ‘I want to always respect the woman, her beauty, her femininity and her shape. My dresses are always flattering but should never outshine the person wearing it. I want the woman to wear the dress, not the dress to wear the woman.’ And while his designs are favored by many contemporary Western women, there exists in his designs a clear fusing of Eastern and Western influences. Alanood Al-Sabah (co-founder of luxury Kuwait brand Octium Jewelry) eloquently elaborates on this successful fusion: ‘his creations carry a message of subliminal freedom and luxury. His success is the result of merging the values of the Middle East with the modern standards of the West, to produce a fusion of the two in wearable works of art.’ 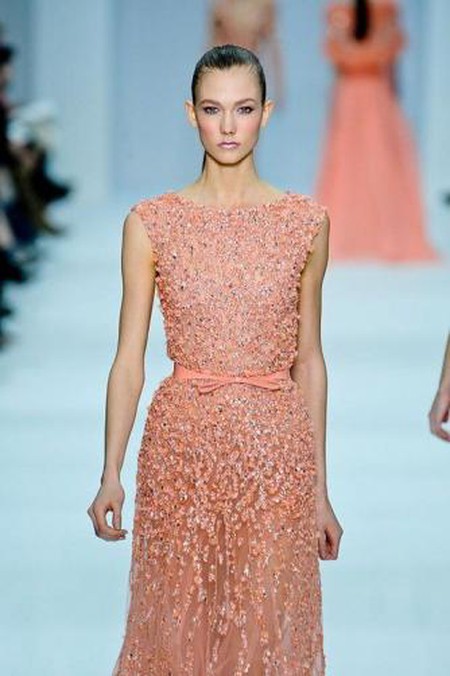 That his main studio is still located in Beirut speaks volumes about his connection to the city and the influence it has had on his designs. ‘We are the result of our culture and heritage. I’m certainly inspired by my culture and the richness it offers, and having lived in Beirut it has been a great asset and an inspiration for me. In general, this is reflected through my choice in fabrics, rich materials, and the use of warm colors like sand and other natural tones,’ said Saab to The Business Year.

In the same year that Elie Saab joined the Camera Nazionale della Moda Italiana and launched his first design line outside of Lebanon, a young Reem Acra was launching her first label – a bridal collection that quickly gained renown for its emphasis on elegance and impeccably designed dresses in New York City. Just a few years prior, Acra was a student at the American University in Beirut where, after re-fashioning a tablecloth of her mother’s into a beautiful silk organza dress with detailed embroidery and wearing it to a party, she caught the eye of a fashion editor who immediately offered Acra her first fashion show. 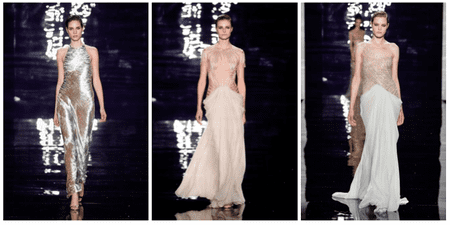 Continuing her studies at New York’s Fashion Institute of Technology and at the private school of fashion ESMOD in Paris before establishing her bridal label, a line of classic bridal gowns embellished with fine silks, ornate beading, and embroidery. Acra’s profile sprang into international renown when a trendsetting friend wore one of her designs to her high-society wedding. Since then, Acra’s stunning designs – from her intricate yet timeless bridal designs, to her elegant ready-to-wear collection – have been seen on major celebrities like Angelina Jolie and Beyonce, as well as royalty around the world.

At the heart of Acra’s beautiful designs is a focus on the personality of the wearer. She firmly believes in carving out your own style and matching it to your character, rather than blindly following trends and mimicking the fashion of others. As Acra said herself, ‘when you look at others, do not pretend to be the other person; if you are not the type to be wearing that dress, change it and make it your own, do it with your own style. It’s more about style than a specific dress.’ As with Saab, female influences in Acra’s formative years helped inspire an early love of dressmaking – particularly her mother. ‘My mother was and is always my style icon,’ she said in an interview with Fashion Foie Gras. ‘She taught me everything she knew about fashion and fabrics.’ 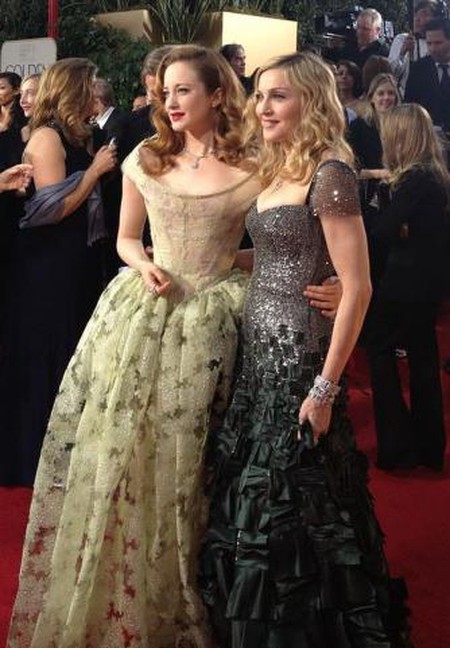 Unlike Saab, Acra has been based in New York City since the mid-1990s, and aims to instill influences in her designs from cultures around the globe which inspired her in her own international travels, including but not limited to Lebanon. Although she does share with Saab a reverence for her homeland and undeniably admits to its influence on her and her work, her designs are made with a modern, stylish ‘everywoman’ in mind, and she produces dresses and gowns that surpass cultural boundaries as well as common stereotypes around the age and shape of fashionable women. As Acra said in an interview with Agence France-Presse, ‘when I am designing I have to think about the woman in Saint Tropez; I have to think of the Chinese woman and I have to think of the Middle East all in one dress. My woman is not of a particular age. I erase her age in my mind.’

With their elegant designs that fuse Eastern and Western elements while celebrating the singular personality of the wearer, Elie Saab and Reem Acra are making a name for Lebanon as a hotspot of talent and creativity. With fellow talented Lebanese designers like Krikor Jabotian and the Azzi and Osta fashion house gaining more momentum in the public eye, and with an exciting collaboration underway between recent graduates of ESMOD Beirut George Azzi and Assaad Osta, the Lebanese fashion world may soon rival haute couture hubs like Paris and Milan for international renown.