Beirut, I Love You: Portrait Of A City On The Edge

Zena El Khalil’s Beirut, I Love You portrays the incredible variety of life to be found in Lebanon’s thriving capital, despite the encroachment of war, political upheaval and other calamities. Sarah Zakzouk records her impressions of Khalil’s work, and looks at how it embodies the complexities and contradictions of the city of Beirut.

Zena el Khalil, Beirut, I Love You – A Work in Progress in collaboration with Director Gigi Roccati | © The Artist, Fondazione Merz

Zena El Khalil, author of Beirut, I Love You has lived a colourful life of travel, trials and tribulations. She has resided in Lagos, London, New York and Beirut where she currently works as a visual artist, writer and cultural activist. This cultural activism sees Zena take a prominent role in Lebanese society, including her annual ‘performance’ in The Pink Bride of Peace, which involved donning a viciously pink wedding dress for the Beirut International Marathon. This is a tradition El Khalil began in 2003, which she continues to this day.

In 2006, El Khalil began writing her blog, documenting the scenes of the Israeli invasion from her Beirut apartment. This blog received international acclaim and was publicised on various news portals including CNN, BBC, The Guardian, Counterpunch, The Nation and Spiegel Online. El Khalil received an invitation from the Nobel Peace Centre in 2008 to participate in a panel discussion on the topic of freedom of expression online.

Beirut, I Love You has been translated into several languages including Spanish, Portuguese, Swedish and Italian. Publisher Saqi Books is an independent publisher of North African and Middle Eastern books, and was awarded the Arab British Culture and Society award in 2008 and the British Book Industry Award in Diversity in Literature in 2009.

‘The open sore that is the Middle East’.

Beirut, I Love You is a story about identity, a story about war, strength and belief – keeping hold of belief and of losing it. Amidst the backdrop of warfare, the people of Beirut must find something to hold on to, something tangible, something real. Zena El Khalil holds on to Beirut and her memories of this beautiful city and its potential to be something great. El Khalil personifies Beirut; it is its own character with feelings, emotions and anxieties. 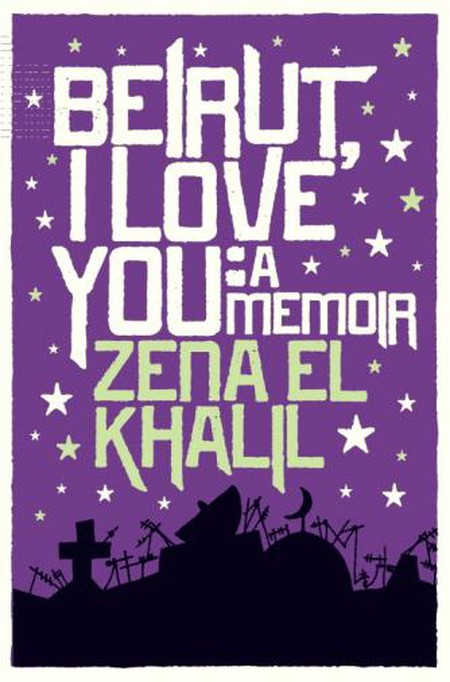 ‘How long were we, Beirut and I, going to continue to be raped like this?’

Like its people, Beirut must find a way to reinvent itself, to embolden its identity and circumvent the atrocities of war. The narrative flits between past and present; Zena’s discourse is current in her Beiruti nightmare, caught up in passionate embraces, sexual encounters and hellish experiences with the enemy. We are taken to the narrative of Zena’s past life; she is always an outsider looking in: ‘This particular Arab woman, who often talks about herself in third person.’ This society of newfound freedom has experienced hell on earth: bloodshed, rape, death and defilement. Love is what keeps people strong – love, sex and gratification. It is this sense of freedom and escapism that people crave, to break free from the evils of reality: ‘Instant gratification. Death was just a door knock away.’ Women loving men, women loving women, sex, catharsis, climax, the blurring of boundaries and bodies, ‘bodies eating bodies.’ It is no longer about tradition; people don’t have time to worry about living up to the expectations of others, they simply want to get through the day and make it to the next, to live every day like it might be their last – drinking, dancing, loving, escaping reality to somewhere they feel safe. ‘Through sex, we beat death. Through sex, we can exist.’

Zena talks us through the Arab stereotypes: the ‘fat men in red felt fez hats,’ the ‘plump women adorned in turquoise,’ the ‘make up with eyes lined and dripping in kohl.’ She makes very clear her standpoint on such traditions, defying all stereotypes from the outset: ‘This Arab woman hates cooking.’ An Arab woman who hates cooking? Well if that was not clear enough, Zena goes on to describe God as female. This is one seriously independent woman who takes shit from nobody. She does not require the assistance of a man and advises other women to hold their own by taking control of their lives: ‘God will forgive me, but she certainly won’t forgive you if you don’t finish your education.’ Zena’s sardonic tone is a breath of fresh air, a female Arab who takes total control; her narration is conversational and brutally honest – we are gripped. Her tone is acerbic as she plays on the typical Lebanese ideologies in her blunt, witty discourse:

The Lebanese preoccupation with aesthetics and beauty is a continuous theme El Khalil makes sure to play on at every opportunity: ‘That I might as well, at least, look good when I die.’ There is a scene where Zena endures a session of waxing; the point at which she screams out in pain meets the exact moment a bomb goes off in her mother’s building. This is incredibly poignant, the trivialising of pain, the playing of one emotion against another, the intimacy of sex versus the closeness of family, the feelings of loss, of anguish and the numbness experienced after a climax of emotion. This blurring of boundaries and merging of emotions is what this story is about; the people of Beirut embody Beirut, they are Beirut. They are its feelings, its emotions. The drugs they take are its remedy, its temporary fix to dull the continual ache of reality. The wine they drink numbs the daily anxieties of a war-torn routine of ducking and diving and hiding and fearing. Sex is used as a weapon: 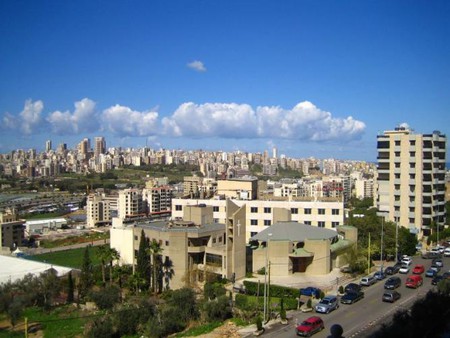 ‘What we didn’t do with guns, we were doing with sex. In public we voiced our opposition, but in the darkness we released our disappointment on each other’.

These are semantics of confusion, of anger, of deep sadness and torment, semantics of frustration, fear, passion, hopefulness and hopelessness. Barriers have come crashing down, lines have been blurred and identities are confused. People are looking for a way to feel human, to experience emotion for themselves and take control of their feelings, rather than being dictated by external forces. People are taking control of their bodies, their sexuality, their appearance and their minds: ‘Girls were breaking off their cultural noses and replacing them with Barbie ones.’ This is about expression, about reinventing oneself and breaking free from stereotypes and oppression. But no matter what the external appearance, these are continuous wars, cyclical in nature; in spite of the Barbie noses, these women were still Arab on the inside:

‘The Middle East has not changed much in the last 200 years. We are still fighting the same wars, but we’ve given them new names.’