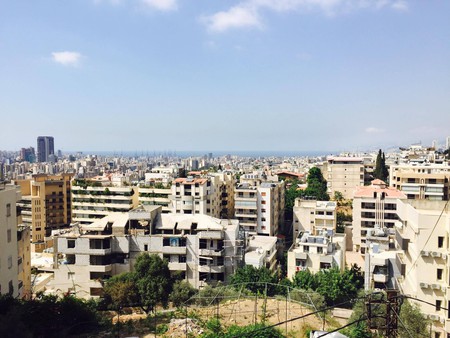 Nowhere is quite like Beirut, where girls in miniskirts walk down the same streets as those in hijab and people speak a mixture of Arabic, French and English all within the same sentence. It’s a city of juxtaposition, where poverty exists beside extreme wealth and Christians and Muslims live side-by-side but almost completely segregated. Thanks to a recent influx in trendy bars, restaurants and cafés, Beirut has re-established itself as a cosmopolitan and cultural capital, but it’s one that exists amid the scars of war and a darker, troubled history. We explore the contrasting and diverse neighborhoods of Beirut, revealing the wonders of the truly beguiling city.

At first glance, Beirut is an undeniably captivating city, filled with color and beauty, both in its modern architecture and its older, more decrepit buildings. But war is still so tangible here, and the vast majority of its residents have lived through it. Bullet holes cover façades all over the city and the ancient Beirut ruins on display in the center act as a constant reminder of the city’s turbulent history, of Roman, Ottoman and French rule before Lebanese independence in 1943. 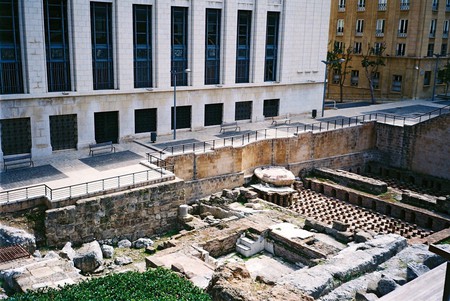 The effects of war and destruction are entrenched in Beirut’s aesthetic and the different ways of life of its citizens. Warfare, including the civil war of 1975 and the Israeli bombing of Beirut in 2006, destroyed much of the city’s infrastructure, but Beirut serves as an example of how life goes on after war, and nowhere is this more apparent than in the architecture. Bernard Khoury’s design of one of the city’s biggest clubs, B 018 acts as a reminder of the atrocities Beirut has faced, sunken into the ground to resemble a mass grave with coffin-shaped seats. The brutalist ‘Egg’ building, which was semi-destroyed by war, stands as a monument in the modern, metropolitan center of Beirut, now re-established as a site for cultural exhibitions and events. Saint Joseph University’s Campus of Innovation and Sports, designed by Youssef Tohme and 109 Architects reconceptualizes the bullet-pocked façade so commonly seen in Beirut by using the holes as windows to let in light, reinforcing the phrase famous in Lebanon, ‘Knowledge is light.’ If there is one thing that unites the diverse city of Beirut, and that these buildings represent, it is that vibrancy, culture and life continue to thrive in the face of adversity.

Bourj Hammoud is known as the Armenian district of Beirut and was founded by refugees of the Armenian Genocide in 1915. To this day many Lebanese of Armenian decent continue to live in Bourj Hammoud, which is now famous for its shops and markets selling everything from fruits and spices to gold jewelry, perfumes and imitation products – look-alike Adidas, Nike and designer brands can be found here for bargain prices.

Lebanon has acted as a safe haven for many refugees in its history, and nearly a third of its population are refugees from Syria and Palestine. Bourj Hammoud is home to over 150,000 residents, most of them Armenian, and is a positive example of integration, where refugees, originally living in shacks on the bank of the river, have literally built themselves up from the ground, erecting houses and essentially creating their own city within Beirut. Here, Armenian language, culture, food and traditions are preserved, contributing to the multiculturalism Beirut is renowned for. Lebanese Armenians are known across the country for being hardworking and many become successful and move out of this densely populated area. The founders of ONNO restaurant are one example of this, who, following success in Bourj Hammoud, opened a second Armenian restaurant in the inner-city Badaro district. 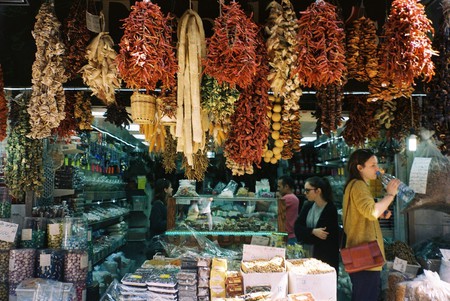 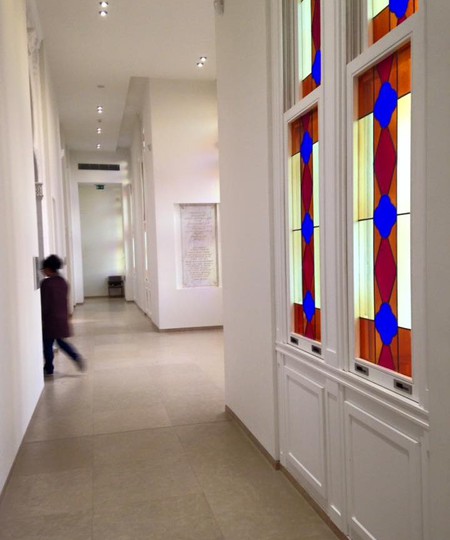 Inside the Sursock Museum | Courtesy of Harriet Shepherd

Both Gemmayzeh and Mar Mikhael are neighborhoods in Beirut’s hip Ashrafieh district. Full to the brim with cafés, restaurants, bars and art galleries, both of the areas have undergone major gentrification since the end of Lebanon’s civil war. Popular among the younger generation of Beirut, Gemmayzeh and Mar Mikhael join together as a vibrant social hub, and are representative of a newer, more modern Beirut, shaped by the demands of the new generation. Contemporary art galleries can be found here, as well as wine bars and continental restaurants, which stray from the traditional Lebanese food and culture preserved in more historical parts of the city, and of course in the family home.

Rue Gouraud, the main street in Gemmayzeh, is a must-visit for its lively bars, which are always busy from the beginning of happy hour, which usually starts at seven. The parallel street in Mar Mikhael is home to the famous Artists’ Staircase, which was featured in Vogue. Not far from here, the Sursock Museum is definitely worth the trip. A gallery focusing on contemporary and modern art, its collection features over 800 pieces, and the architecture of the space is also fantastic.

The famous Pigeon’s Rock, otherwise known as Sabah Nassar’s Rock, and the seaside promenade in Raouché are perhaps the most scenic sights in Beirut, and provide a stark contrast to the other districts in the city. When facing in one direction, it’s possible to look out onto the calm ocean and watch the sunset, while the other confronts you with luxury apartment blocks, hotels and restaurants. The juxtaposition even between the different views along the Avenue de Paris are remarkable in themselves, but Raouché also majorly contrasts areas like Bourj Hammoud and Ashrafieh, giving further insight into the entire city’s fascinating diversity. 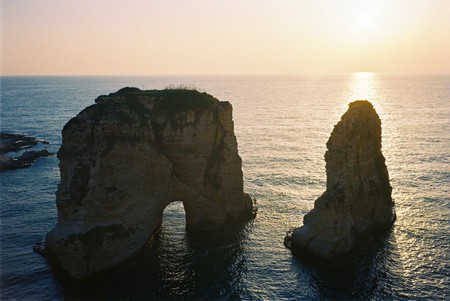 Downtown, like Raouché, is an affluent and expensive area that lies in central Beirut. Much of the architecture in the area is modern, rebuilt after the destruction of war, and it houses designer shops, cafés and restaurants. The Beirut souks are a notable architectural triumph, designed by Rafael Moneo and Kevin Dash Architects, from Spain and the UK respectively, in collaboration with Dar Al-Handasah to mirror the appearance of the traditional souks of Beirut. The vaulted alleys within the modern souks re-establish and build upon the original structure of Souq al-Tawileh and Souq al-Jamil, and the bright and spacious malls now attract shoppers from around the world.

The Heritage Trail also runs through Beirut’s Downtown/Centre Ville area, and is a pedestrian tour of the historical and cultural monuments, including mosques, churches and the parliament, and ruins from the Medieval, Ottoman, Roman and Byzantine eras. The trail demonstrates the richness of Beirut’s history and explains the influences that have shaped the culture of Lebanon today. 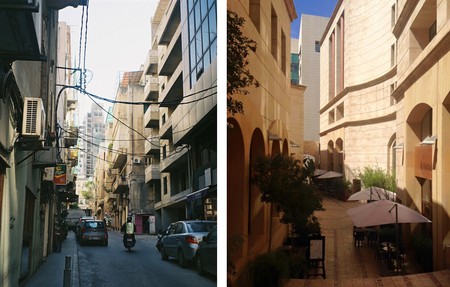 Whatever your interests – religion, history, art, culture, food or simply socializing in a cozy bar and cafés – Beirut has it all. A diverse and multicultural capital, it’s a truly mesmerizing city that holds the hearts of all its residents, and is sure to steal yours as well.