A Guide to the Best Wineries in Lebanon 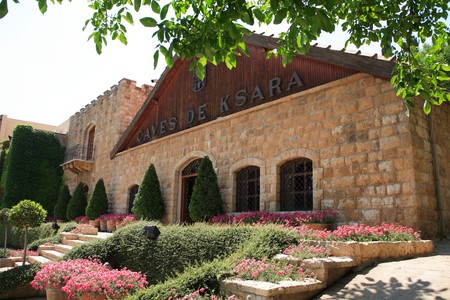 Lebanon is one of the oldest wine producers in the world (we’re talking BC), with vineyards thriving in three main regions: the Beqaa Valley, the mountainous regions near Batroun in the north and, more and more in the last two decades, the south. Whether you’re a Lebanese wine lover or just looking for a memorable day trip from Beirut, Culture Trip has selected seven of the most worthwhile wineries to visit in Lebanon.

Drinking a glass of wine on the beach or from a terraced sky bar is a popular pastime in Lebanon, especially come summertime. Worldwide, Lebanese wine remains underrated, but the history, innovation and passion involved in its production elevate it far beyond ‘rosé all day’.

Around 6 million cases of wine are produced in the country each year, across 56 wineries that all offer tastings, tours and special events immersed in spectacular countryside and mountainous settings. Since you may not have time to visit all 56, here are the seven we’d most recommend.

Husband-and-wife team Naji and Jill Boutros founded this winery in 2000 after moving back from London to Naji’s childhood village of Bhamdoun, 23km (14mi) southeast of Beirut. It has grown into an award-winning organic operation with a boutique hotel and a high-end bistro, Le Telegraph. It’s a dream come true for Naji, who grew up in the original Belle Vue Hotel, built by his grandfather in 1860 and destroyed in the 1980s during the Lebanese Civil War. A single intact floor tile retrieved by Jill from the rubble hangs in the bistro as a reminder of the winery’s heritage and how far the Boutros family has come. Cheers to that.

The first biodynamic vineyard in Lebanon, Sept was founded in 2016 by winemaker Maher Harb, who started by making 30L (6.6 gallons) from his kitchen and now produces 20,000L a year. The production process of Sept (meaning ‘seven’ in French) runs by the lunar calendar and actively preserves the natural balance of the sun, soil, air and water while eliminating chemicals. The wine is made using the centuries-old Merweh grape on Mount Lebanon, which Harb plants in the same way his ancestors did – between olive and fig trees so the vines grow high and stay sheltered. The taste is an earthy and authentic ode to Lebanese heritage with a modern twist of added tamarind and rose water.

The only winery in Lebanon that produces Malbec, Mont D’Almaz faces the Saade Vineyards at an altitude of 1,260m (4,134ft) in the village of Beit Menzer, in North Lebanon. The region’s tough calcareous soil and a combination of sunny days and cold foggy nights make the ideal conditions to produce the brand’s award-winning red, white and rosé wines. You can book wine tours and tasting sessions here. The more actively inclined can use the winery as a base and explore the hiking trails through surrounding cedars and pine forests and the nearby Qadisha Valley, which is a Unesco World Heritage Site.

Probably the best-known winery and definitely the oldest and largest producer of wine in Lebanon, Chateau Ksara exports to 40 countries worldwide including the UK (Waitrose, M&S and Oddbins stock it), with a total production of over 3 million bottles per year across a bulky portfolio of red, white and rosé wines. Founded by Jesuit monks in 1857, Ksara’s name comes from the original family name Sara and the Arabic word for turrets, which are on the wine’s label. The series of Roman caves at Chateau Ksara where the wine is aged and the surrounding Beqaa Valley vineyards draw in around 80,000 visitors a year from around the world.

One of the highest wineries in the world at 1,800m (5,906ft), IXSIR is located just outside Batroun in north Lebanon. Opened in 2008, it offers spectacular views of the rolling green vineyards that fade into the sun-parched countryside below. A day spent here learning about and tasting Lebanese mountain wine is worth the 60km (37mi) drive from Beirut – just be sure to book 48 hours ahead. In warmer months, tours extend through mulberry trees in the winery’s pristine summer gardens, and your visit may coincide with an outdoor art exhibition or acoustic concert. The on-site restaurant, Nicolas Audi À La Maison d’IXSIR, serves traditional Lebanese cuisine curated by Chef Nicolas Audi and paired perfectly with IXSIR wines inside a traditional Lebanese house.

It’s not often that an airline pilot takes a career swerve and goes into wine production. Leaving the cockpit (but not his title) behind, Captain Habib Karam – known as Captain to friends – launched Karam Wines in 2002 with no formal training and just a taste for good wine. On a mission to diversify the taste of Lebanese wines, he was the first to plant vines in Jezzine in south Lebanon, ignoring advice to stick to well-worn wine regions in the north. It was a risk worth taking. His wine has since won awards. Book a wine appreciation course and tasting lesson (they want you to learn, not swig) or a home-cooked dining experience with three different menus curated from locally-sourced ingredients and paired with wines.

In the early ’90s in the heart of the Beqaa Valley near Tanaïl, Sami and Ramzi Ghosn began creating a vineyard and a traditional distillery on old family land. The first bottles of arak (a Levantine spirit) were produced in 1994, with the wine following in 1998. The winery was such a success that they added white wine to their portfolio and a second location in Faqra on Mount Lebanon in 2014. Visit for indoor and outdoor tastings that offer stunning views of a Roman temple, distant Beirut and a backdrop of the Mediterranean Sea. There are three restaurants with a farm-to-table philosophy: SunsetBar, the Pond Garden and Fireplace.