A Brief History of The Baalbek Roman Ruins in Lebanon 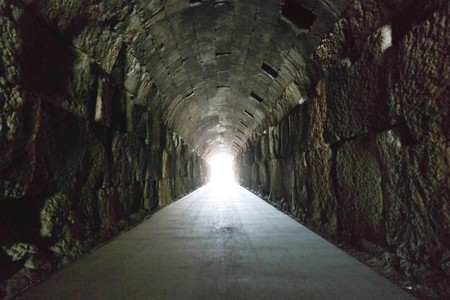 As early as 9000 BC, Baalbek was a place for worship and became a cornerstone of ancient civilizations. Located in modern day Lebanon, the ruins stand tall as an archaeological wonder with towering monuments and impressive columns.

As significant holy grounds, Baalbek was a center for Mesopotamian, Roman, Christian and Islamic worship as each group introduced their own heritage to this sacred monument. 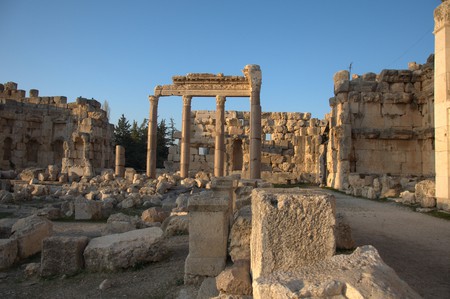 Up until 150 BC, the site was a temple dedicated to the Phoenician Astarte and Baal. It is not hard to imagine that the wreaths and sacrifices carried out for Astarte the goddess of fertility and war were then shifted to Venus during the Roman colonization. Subsequently, the temple was brought into the Christian era with Constantine the Great’s influence on the Roman Empire. That is up until 637 AD when Islamic rule led to the use of the site as a reinforced fortress and a Mosque was added. 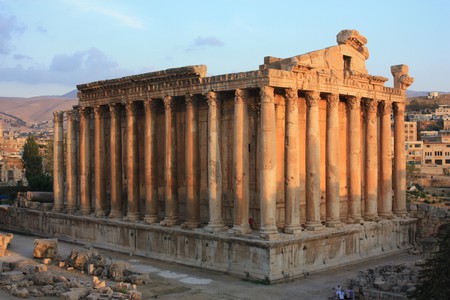 The decline of these ruins began when the temple passed to the Ottoman Empire, it was abandoned and left in ruins. In addition, earthquakes, storms and natural forces continued to tear the site apart until 1898. That year marked a visit from the German Emperor Wilhelm II, who pioneered the attempt of restoring Baalbek and preserving it.

In terms of architecture the greatest temples at the site are the Temples of Jupiter, Bacchus and Venus. The sheer magnitude of these have created something of a puzzle for archaeologists as they continuously theorize as to how rocks of this grandeur could have been carved and assembled. For example, the temple of Jupiter is surrounded by 54 columns which stand at nearly 23 meters high and are considered some of the largest in the world. The temple of Bacchus stands out from the rest as it is so well preserved and is adorned with beautiful carvings that date back to the Roman Empire. 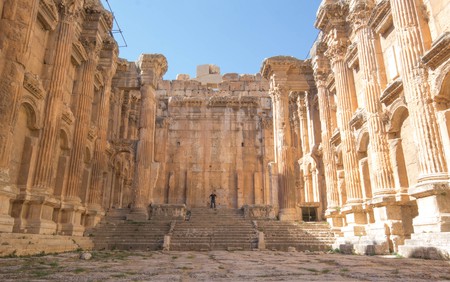 Today, the ruins of Baalbek still stand as one of Lebanon’s most prized historical treasures. The place is always alive with music festivals and folklore-related activities. Tourists and locals alike flock for the chance of seeing the picturesque sunset behind those ancient columns. Walking through this sacred site, one can’t help but picture all the different peoples who have worshiped here at the alters of their Gods.