5 Lebanese Film Directors You Should Watch

Since its early beginnings in the 1920s, Lebanese cinema has passed through many incarnations. Following independence from the French in 1943 up to the early 70s, national productions, including many musicals, vied with Egypt for dominance of the Arab market.

Paradoxically, it was during the civil war period that a new generation of Lebanese directors, unusually fostering near equal numbers of men and women, ushered in an era of modern film-making which hasn’t failed to make waves at the world’s leading festivals. Here’s a short list of the names whose legacy and contemporary works make Lebanese cinema the greatest national cinema of note in the Arab world. 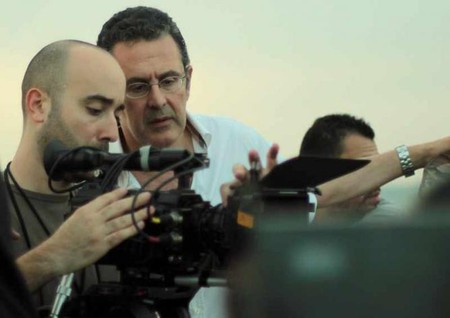 Aractingi is best known for three diverse films set in his home country, each of which employ different modes and techniques, testimony to the director’s constant efforts at pushing for new cinematic forms. His first feature length film Bosta (2005), a hugely entertaining musical road movie with a soaring soundtrack of electro-dabkeh, couldn’t have prepared audiences for the award winning Under the Bombs (2008). Somewhere between fiction and documentary, half scripted and half improvised, it was shot in the real life setting of Southern Lebanon during the 2006 bombings with a couple professional actors interacting among civilians, soldiers and rescue teams. Once more with a radical shift in tone, this time deeply personal and autobiographical, Heritages (2013) combines home-videos, reconstructions and archival footage to narrate the exile of Aractingi’s own family across four generations.

The best internationally known Lebanese director of his generation, Maroun Bagdadi worked on many productions with Francis Ford Coppola and, as a pioneer of new Lebanese cinema, is widely considered an auteur in his own right. His career spans almost 20 years, starting with his 1975 debut Beirut Oh Beirut, and ending abruptly with his untimely death at the age of 43 while preparing for a new film. His greatest international successes were films which vividly portrayed Lebanon’s civil conflict, including Little Wars (1982) and the Lebanon hostage crisis drama Out of Life (1991) which took home the Jury Prize at the Cannes International Film Festival.

Much of Randa Chahal Sabag’s early work is in documentary form. After studying film-making at the Louis Lumière School in Paris, she returned to Lebanon at the outbreak of the civil war and gained access to her subjects through connections with the Organisation for Communist Action in Lebanon (OACL). She never abandoned documentaries altogether, receiving acclaim for Our Heedless Wars (1995) and Souha (2000); but by the early nineties there was distinct a shift towards fiction film and the start of bumpy ride with state censors. The Kite (2003), a tragicomic love story set in the Israeli occupied Golan Heights, was awarded the Silver Lion at the Venice Film Festival and went on to become Sabag’s greatest critical and commercial success, finally legitimizing her work at home.

Nadine Labaki was already enjoying a reputation as an actress before moving behind the camera, and with only two films, quickly becoming the Arab world’s most celebrated female director. Her directorial debut Caramel (2007), a comedy about five women gathering at a beauty salon to talk love, sexuality and everyday disappointments gained a place at that same year’s Director’s Fortnight sidebar in Cannes, collected numerous awards, and became a commercial success. Her 2011 follow up Where Do We Go Now?, was no less lauded, winning the People’s Choice Award at the Toronto Film Festival and setting box-office records in Lebanon, cementing her reputation as a masterful storyteller, capable of transcending carefully reproduced local settings and subjects.

Long-time camera assistant for Quentin Tarantino, Ziad Doueiri left his mark on Lebanese film history with West Beirut, a largely autobiographical, unexpectedly funny coming of age account set around the first years of the civil war, and winner, among many other awards, of the Prix François Chalais at the Directors’ Fortnight of the Cannes Film Festival in 1998. Since then, his controversial The Attack (2013), loosely adapted from Yasmina Khadra’s novel of the same name with a plot that revolves around a suicide bombing and a secular Tel Aviv-based Palestinian surgeon, has been the object of controversy throughout the Arab world and banned in most of the Arab League’s 22 countries for its impartiality and allegedly whitewashing the enemy.