10 Things to See and Do in Tripoli, Lebanon

Clock Tower, Al Tal | © Amani El Charif
Tripoli is a small yet major city on the coast of the Mediterranean Sea. It was the center of ancient trading, Ottoman rule, and Islamic communities. Today, the city, like most of Lebanon, bears the scars of war and strife; however, this does not affect its old-world beauty or historical significance. Here is a list of must-visit places in Tripoli.

First established in 636 CE by Arab commanders, the Citadel of Raymond de Saint-Gilles in Tripoli is one of the biggest fortresses in Lebanon. Later, the Crusaders, Mamelukes, and Ottomans all utilized the structure. The citadel overlooks the Abou Ali River and is known for having abandoned underground pathways used by leaders to escape. While these pathways have long since been closed off or flooded by water, their existence adds to the mystery of this famous fortress. 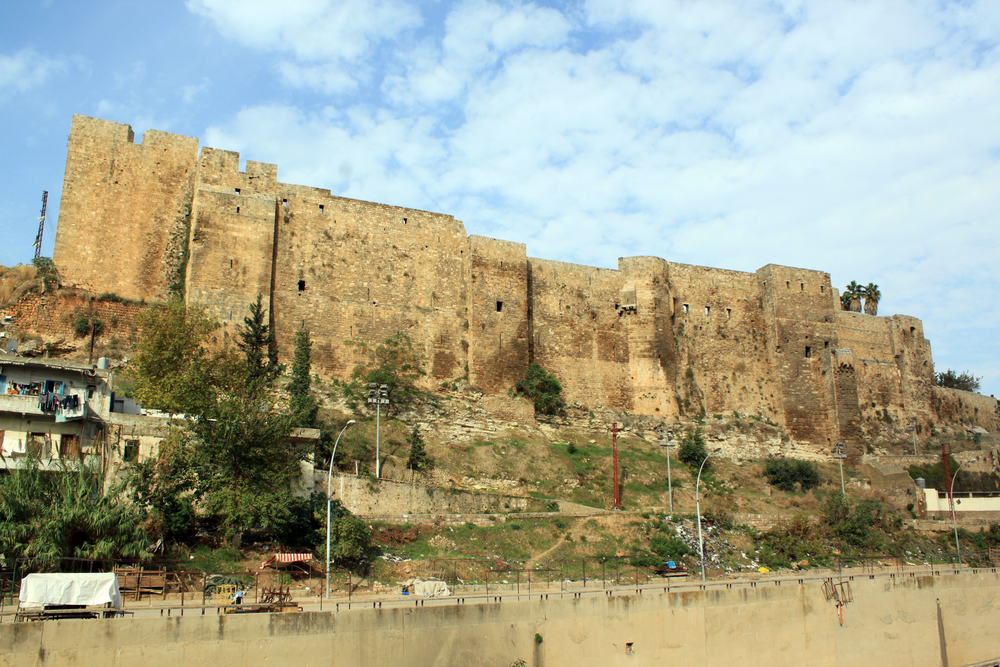 Jump all the way back to Medieval times with a visit to Tripoli’s old souks. There is a total of nine old souks for you to explore, with the most notable being the Attareen (Fragrance Makers), Nahasseen (Copper Welders), Soap Khan, and Khayateen (Seamstresses). These were divided according to ancient guilds as Tripoli was known for its olive oil-based soaps and beautiful merchandise. You never know what you might find in these architectural wonders, so strap on your backpack and start exploring.

Tripoli is brimming with beautiful mosques that you can visit. From ancient buildings to modern structures, the mosques are a significant part of Tripoli’s Islamic society. While you’ll find them located throughout the city, the most notable mosques would be the Mansouri Great Mosque, built in 1294 CE, and the Bourtasi Mosque in the Hadid district, constructed in 1310 CE. Keep in mind that people still use these mosques for prayer and that they will be open most of the day. 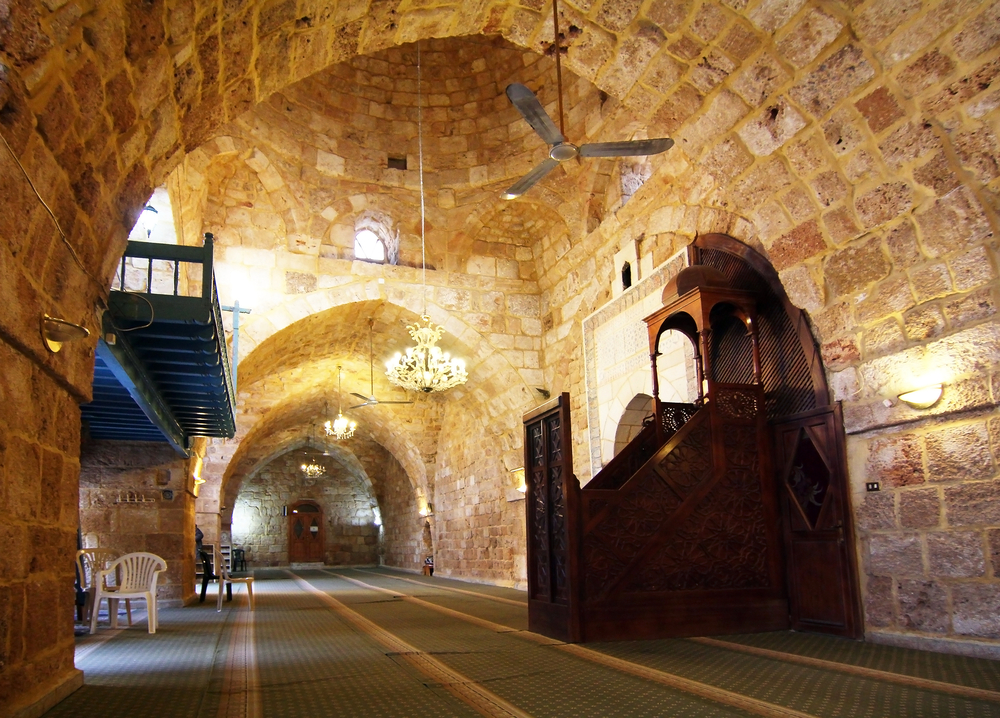 Tal is the old center of Tripoli, where most cosmopolitan activities happened in the 20th century. It is home to the city’s famous clock tower and old hotels. Walk through this busy street and marvel at all the hustle and bustle that takes place in the area. Grab some street food and wander through the alleys; you won’t see buildings like these anywhere else. 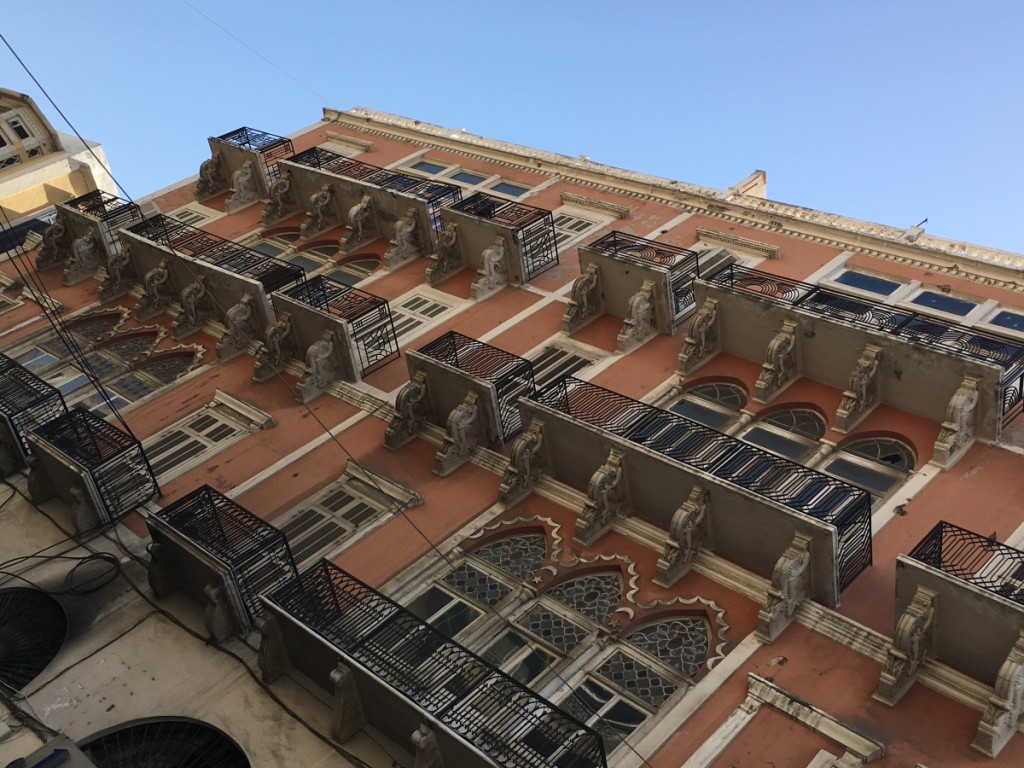 Relax by the sea in Mina

A great place to relax in the afternoon would be the Corniche in Mina. Walk along the coastline of Tripoli or sit at a table set up by the many drink and snack kiosks littering the sidewalk. Try some street food from a wagon, and watch the sun set behind the horizon. It’s definitely a good place to people-watch and to get a sense of the local environment. 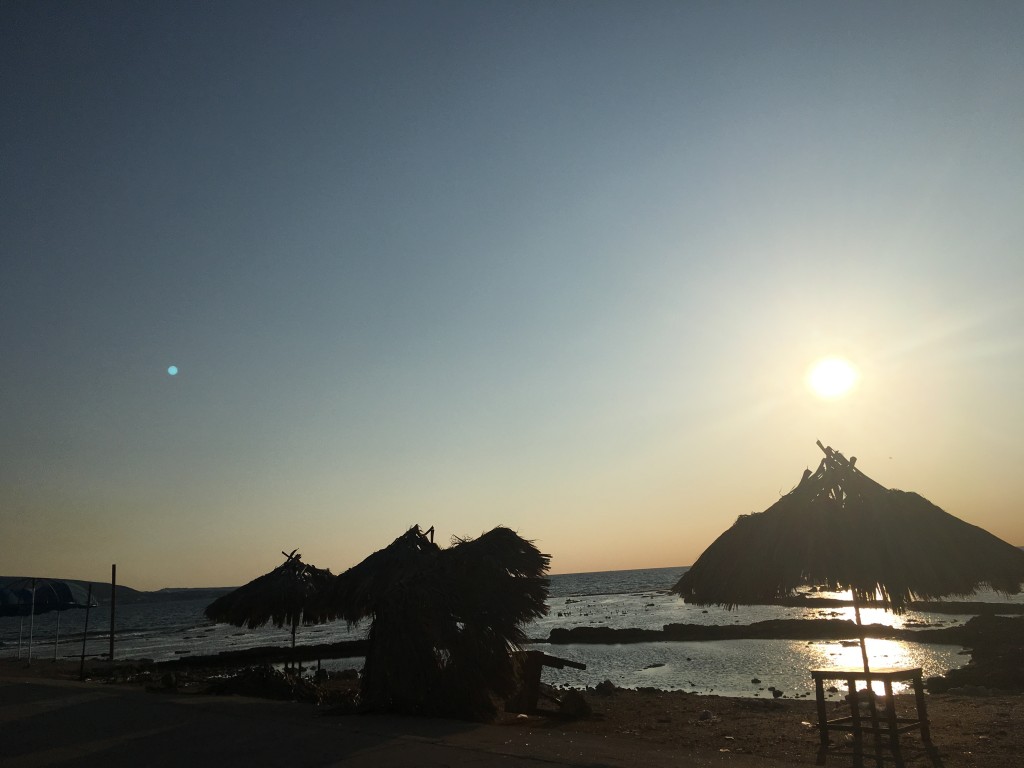 Mina is a large part of Tripoli, filled with incredible buildings to see. Stray from the Corniche (sea-walk) and walk around the alleyways in Mina. There are several historic hotels and homes scattered throughout the district. Move from bustling streets to peaceful neighborhoods in this coastal wonder. 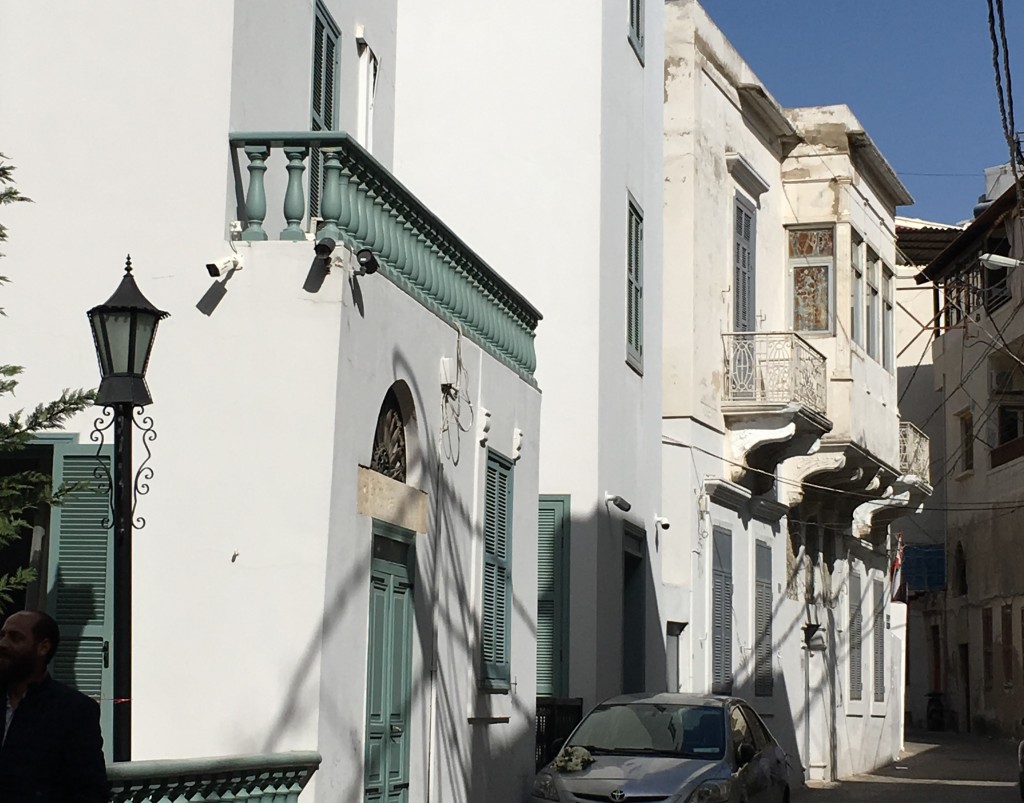 Almost every street and corner in Tripoli has a place to eat traditional street food. There are Ka’ak (sesame-covered pastry) wagons all over and man’ouch shops in every neighborhood. Don’t be afraid to eat from all the different shawarma and falafel delis in Mina and Tal – even locals eat at those places. The food you’ll try in Tripoli is exceptional, and it’ll be difficult to find the same anywhere outside of the city.

If you ask any local where to have an authentic Tripolitan breakfast, they will say Akra. Located both near the citadel and in Tal, this restaurant serves delicious ful– and hummus-based dishes like “Hummus bi Tahine” and “Fatteh.” Keep in mind that the food is cheap – you don’t want to be overcharged. 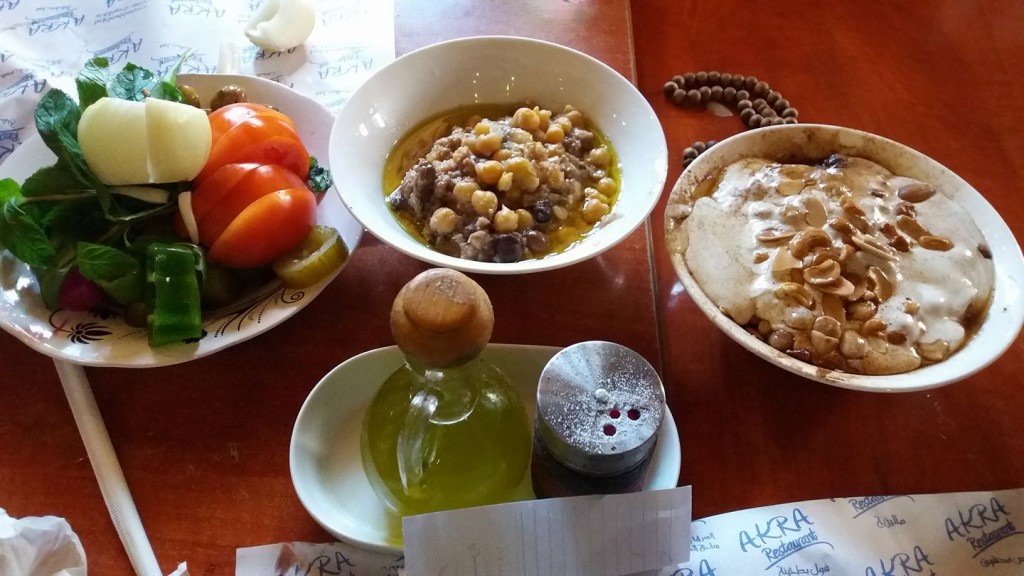 Tripoli is an ancient city that combines the old and the new. One can clearly see a progression in time with the architecture shifting gradually from the center and out toward the newer areas. The city is not just about the history but the lifestyle. There are many cafés and restaurants on Dam w Farez Street that serve local fare and international cuisine. 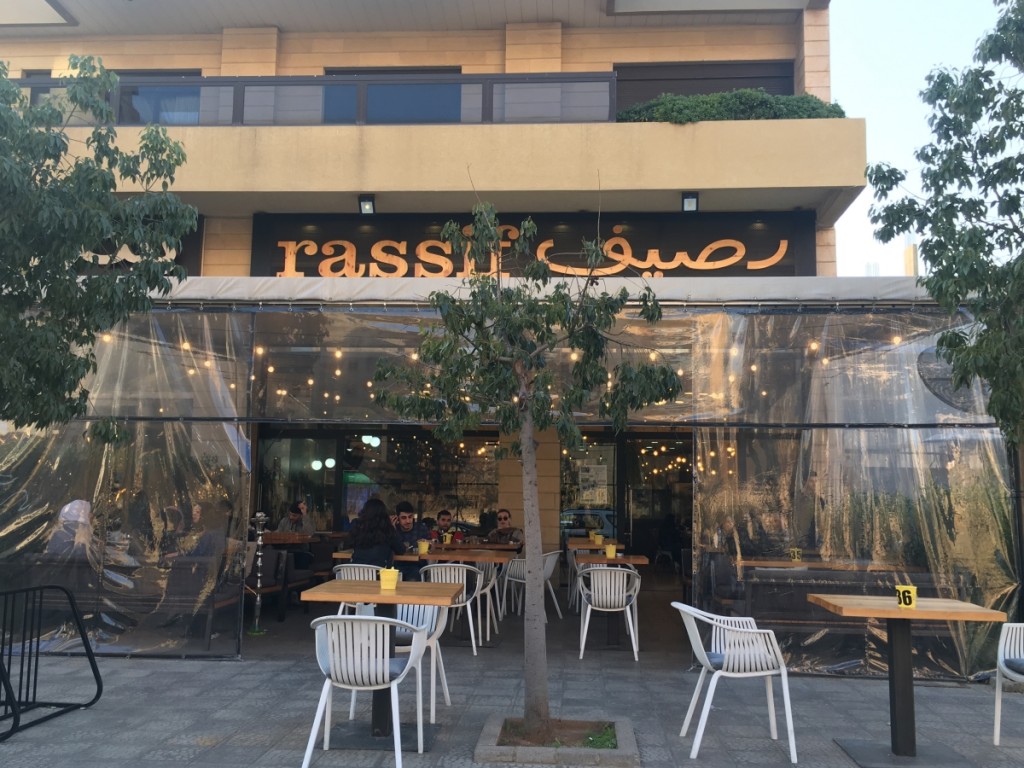 The Rachid Karami International Fair Center is a modern architectural marvel. The glass-walled building features an expanse of gardens around its perimeter, all waiting for you to explore. There are various buildings strewn across the greenery, from a curiously fashioned hollow dome that works like an amphitheater to an arch that opens to a concert stage. All you need to do is walk in and begin wandering. 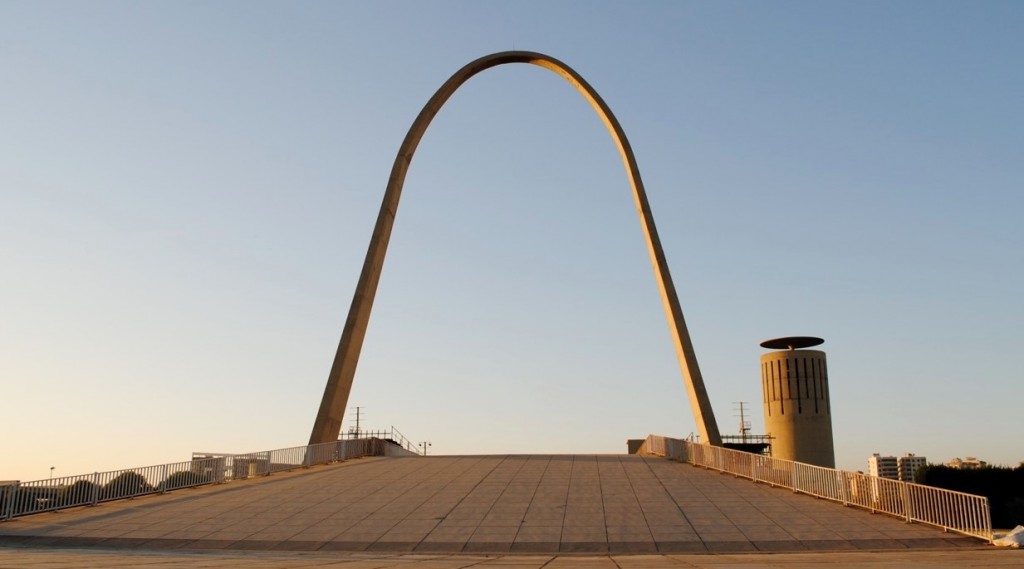