Visions from a Modern Nation: The First Kuwait Pavilion 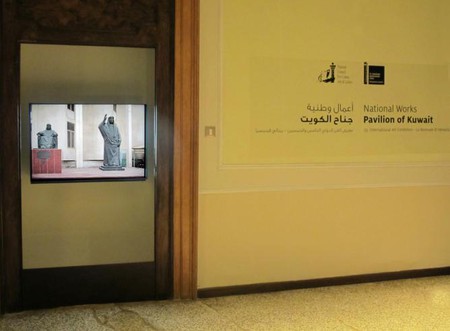 Taking leadership from the general theme of the Biennale, ‘The Encyclopaedic Palace’ as proposed by curator Massimiliano Gioni, has led to the prospective interest of searching for relations between different worlds via historical works, different references and works that do not claim to be art. The Kuwait Pavilion endeavour to do this with their submission entitled National Works which explores two major pieces by sculptor Sami Mohammed along with a new photographic production by Tarek Al-Ghoussein.

Following its political independence, Kuwait has welcomed its new-found prosperity by declaring a willingness to share its future wealth with its neighbors. Eager to highlight its national identity and also embrace modernity, time was directed to institutional building in preparation for a growing influx of investment. Through urban growth, the landscape soon became an open-air museum of national and international performances of construction, creation and political manifestation. In a metamorphosis similar to that of the country, self-taught artists were engaged in developing state institutions, while the state was providing them with training scholarships and annual stipends. The curator Ala Younis seeks to reinterpret Kuwait’s ‘modernization project.’ The artworks chosen symbolize Kuwait’s foundations and represent the early days of the country as well as the period between the 1960s and 1980s, which was considered the golden era of Kuwait. Sculpture was the art form that the Kuwaiti art scene was best known for during this period and Sami Mohammad is Kuwait’s most prominent sculptor. 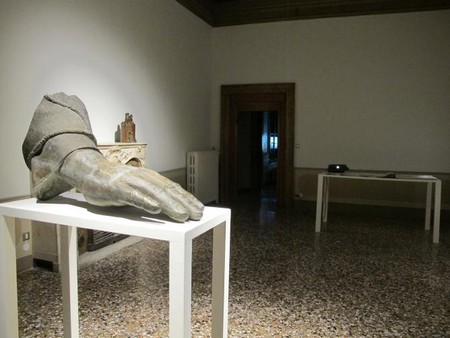 Born in Kuwait in 1943, Sami Mohammad joined Kuwait’s Free Atelier as a full-time artist in 1961, and volunteered for the Kuwaiti Civil Defense during the Iraqi – Kuwaiti border dispute of that year. The Free Atelier provided Sami Mohammad with a stipend that allowed him to devote his time to developing his artwork after 1962. He participated in the spring exhibitions held every year at the Al-Mubarakiya School, and was sent to study at the Faculty of Fine Arts in Cairo in 1966. Along with the other Free Atelier artists, he co-founded the Kuwaiti Society for Formative Arts in 1967 and the Biennial for Arab Art in 1969. He was later granted another scholarship to study at the Johnson Atelier Technical Institute of Sculpture, New Jersey, in 1974. The artist has represented Kuwait in regional and international exhibitions since 1972. Although his previous work has examined suffering, the work presented at the 2013 Biennale seems to highlight the perseverance and strength of the Kuwaiti people in their country’s historical struggle for independence and unity. 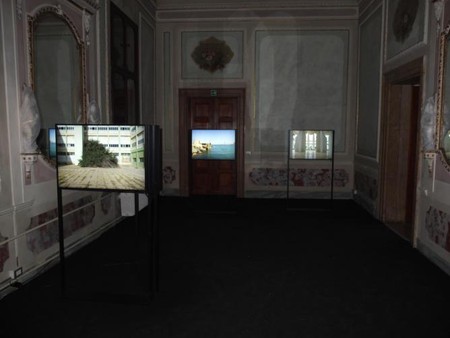 Palestinian-Kuwaiti photographer Tarek Al-Ghoussein, meanwhile, looks at the position of the individual in modernization. Self-portraits from his ongoing The K Files collection places his almost anonymous face in places of grandeur that are significant to Kuwait’s history. Hauntingly beautiful, Ghoussein’s photographs contrast grand sites with an eerie isolation, questioning the relationship between history, the individual and the nation. Born in Kuwait in 1962, Tarek Al-Ghoussein spent much of his childhood outside of the country. In 1978, he returned to finish high school and served in the army before moving to the USA to obtain a BFA in Photography from New York University and an MA from the University of New Mexico. In 1990, Al-Ghoussein was called to serve in the Kuwaiti army once again. At the time, policy dictated that men serve at the age of 18 for one year and then again for one year and a half before turning 30. On 17 January 1991, Al-Ghoussein’s 29th birthday, the plane the artist had boarded en route to Kuwait was prevented from departing due to the outbreak of the ground war with Iraq. Unable to return to the USA, Al-Ghoussein moved to Egypt, then to the UAE, where he taught photography at the American University of Sharjah for 15 years. He is currently a professor of visual art at New York University’s Abu Dhabi campus.