Your Guide to Jerash Festival for Culture and Arts 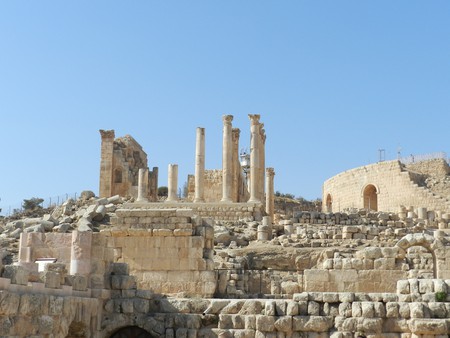 Taking place from July 19 – August 4, Jordan’s Jerash Festival for Culture and Arts is a feast for the senses. If you’re planning a trip and want to know how to make the most of your time, take a look at our need-to-know guide.

Each year, the Jerash Festival for Culture and Arts runs a three-week-long programme of poetry, music, theatre and dance performances. The city, which is located 30 miles (48 km) from the capital Amman, plays host to residents and visitors keen to celebrate Jordan’s rich culture and relive traditional experiences. Its most important guests include Jordan’s royal family – 2018’s 33rd edition, held under the patronage of His Majesty King Abdullah, will light up the Greco-Roman city once again with exhibitions and appearances from local troupes. 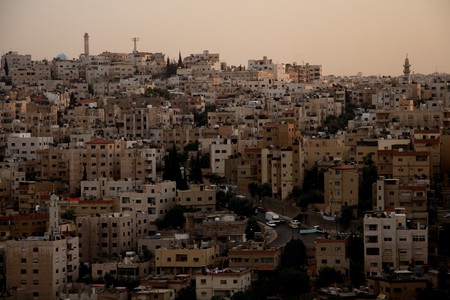 Guests enjoy walking around the colonnaded streets to shop for handicrafts made by local people, while exploring the Byzantine churches, temples, and famous monuments in the city during its low season.

Main locations include the northern and southern Gates of Jerash, the Oval Plaza (also known as the main square), plus the Cardo (a street known or its recognisable columns).

Despite the name, the festival is only held in Jerash from July 19 until July 28, before it moves to Amman July 29 until August 4. Additional events in 2018 will take place in Zarqa, Karak, Salt and Irbid, proving just how popular it has become in recent years.

To kick things off, the opening ceremony will include a national song, written by a poet and Jordan’s former Minister of Culture, Haidar Mohammad Abu Samaqa. The festival coincides with the Golden Jubilee celebration of the Eternal Battle of Dignity.

In between, expect plenty of folk dance, ballet, plays and more at the dramatically lit up ruins, which appear completely different by day when the festival takes a break. 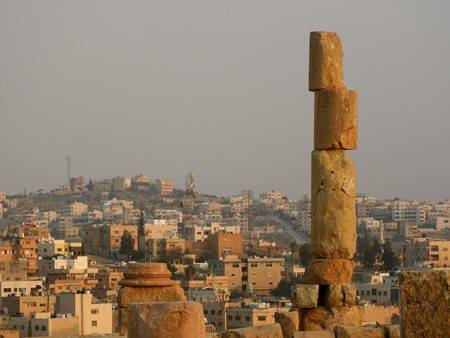 The city where Jerash Festival of Culture began | © cheneil / Pixabay

Founded in 1981 by Queen Noor Al-Hussein, the Jerash Festival of Culture and Arts is a gathering of artists from the country, as well as those from surrounding places in the Arab world and beyond.

In the past the festival has been cancelled three times (1982, 2006, and finally in 2008 before it came back after three years) and nowadays it is thriving with people who enjoy its unique opportunity to bring together culture from the East and West, old and new. In 2016, 100,000 people attended the event in the foothills of Gilead.

The event runs from 7 pm until 11 pm each evening. Tickets are available to purchase, with Macdi Nahas concert prices for JD5 (USD$7). More information can be accessed by downloading the app from the Google Play store. Highlights of the schedule include:

How to get to Jerash Festival

Travelling around Amman is simple in a yellow taxi (or a ride-hailing app like Careem or Uber) and prices are approximately JD70 (USD$98) for the 45-minute ride. Alternatively, a bus journey should be JD5 (USD$7). If you’ll be driving around a lot, it’s worth hiring a car as the cost for fuel from Amman to Jerash is about the same price as a bus ticket.

While you’re in the area, be sure to make time to explore some of Jerash’s best bars, and dine at some of the top restaurants.

There are also lots of eating and drinking options if visiting the festival in Amman.

As the festival is on during the evening, it’s possible to wake up early and visit some of the other incredible sites in Jordan, including the Dead Sea, Petra and Mount Nebo.

#Dancers from #International #Circassian Cultural Academy (#ICCA) #play "the #Highlanders" at the #JerashFestival of #Culture and #Arts, in #Jerash, #Jordan, #July 25, 2017. The festival features a mixture of #oriental and #western #performances, #poetry #recitations and #cultural #seminars. (Photo Mohammad Abu Ghosh)