Why Prince Hussein of Jordan Should Be on Your Radar 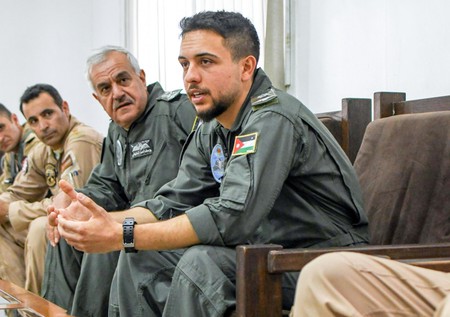 If you don’t already love Prince Hussein bin Abdullah, Jordan’s crown prince, here’s everything you should know about this sporty, philanthropic royal.

Jordan’s Crown Prince Hussein is next in line to the throne and won the hearts of royal enthusiasts all over the world when he gave Britain’s Prince William in July 2018 a personal tour of the city of Jerash.

Here’s what you need to know to about the Middle Eastern king-in-training.

Prince Hussein’s family has been loved for a long time

Jordan’s ruling Hashemite family are believed to be 42nd-generation direct descendants of the prophet Muhammad. Aside from his ruling mother and father, the prince is the most recognised member of his famous clan.

He began his role in 2009, aged 15, and now at 24 years old, he has already carved out a regal identity of his own among his family members.

Prince Hussein got a top education 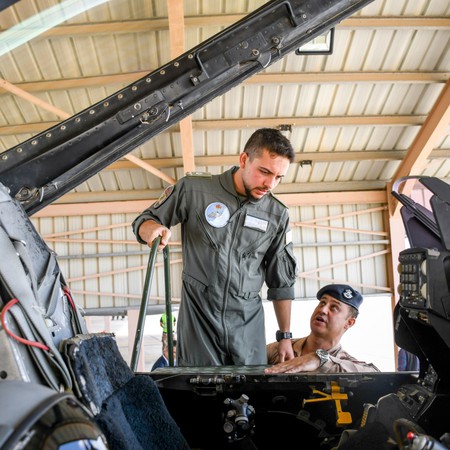 Prince Hussein graduated from King’s Academy high school in his home country, but attended Georgetown University in Washington DC to study for a degree in international history.

Now a second lieutenant in the Jordanian Armed Forces, he also graduated from the Royal Military Academy Sandhurst. It’s a British Army training school where royals from around the globe, including the Crown Prince of Dubai, Sheikh Hamdan bin Mohammed al Maktoum, have attended. He also was trained at the Prince Hussein bin Abdullah Academy of Protection II, which teaches how to save lives and properties through civil defence sciences.

The royal enjoys playing football and even sat down to watch an England game with Prince William during his tour of Jordan in June 2018.

Otherwise, he has been seen boxing, climbing Wadi Al Mujib, riding motorcycles and even skydiving. He jumped out of a plane in 2014 as part of a static line parachute course with paratroopers, and then teamed up with Red Bull Air Force in 2015 to celebrate Kingdom Independence Day. When he’s not flying aircraft, he can also be seen piloting helicopters.

Prince Hussein is big on philanthropy 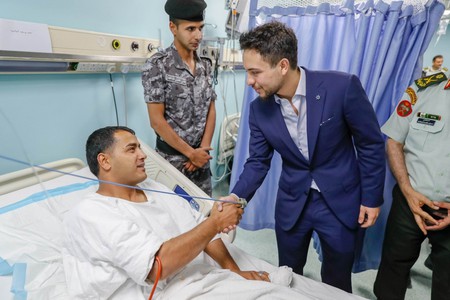 Under the Crown Prince Foundation, he supports fellow young Jordanians who want an opportunity in science through managing the Al Hussein Technical University.

The Haqiq initiative has helped many learn leadership skills, and Hussein has led many of his peers to internships at NASA. Hussein has also been an ambassador for Hearing Without Borders, a charity supporting the training, rehabilitation and treatment of children who are deaf or have hearing impairments.

Prince Hussein is a record-breaker

Hussein has also broken records as the youngest person to chair a United Nations Secretary Council meeting, which focusses on the maintenance of peace and security around the world. He was only 21 when he did it, in 2015.

He’s got international royals and celebrities in his circle 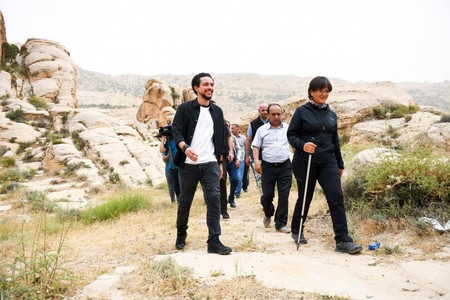 Aside from Prince William, Prince Hussein has been seen with Britain’s Princess Beatrice, singer Ellie Goulding and American model Karlie Kloss. In fact, the group was lucky enough to have him guide them on a camping trip to sleep on the famous red sands of Wadi Rum desert this year.