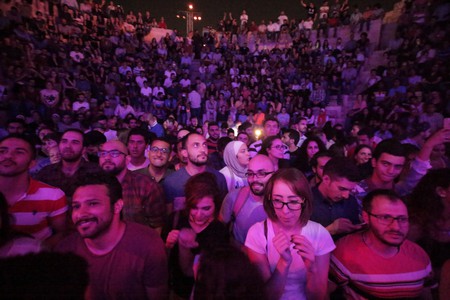 The Al Balad Music Festival is held every two years in the Balad, Amman‘s traditional downtown area, since 2009. It seeks to contribute to the country’s music scene by showcasing artists from all across the area, promoting a cultural interchange between various Arab countries. Follow Culture Trip to discover more hidden secrets like this intriguing festival in Jordan.

How long has the Al Balad Festival been running for? What inspired its creation?

Al Balad took off in 2009; it began because we felt that we needed a new space for independent young musicians that produce different music in the Arab world. The festival was created to introduce them and their work, for them to exchange experience with other artists that work in the same field, as well as opening new opportunities and horizons for them to expand and collaborate with other projects, programmers or festival organizers. 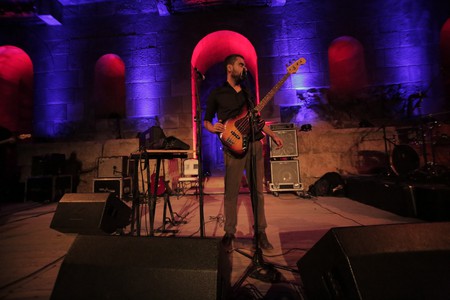 What are the festival’s main aims and objectives?

Al Balad Music Festival is a platform for independent music projects from the Arab world in Amman, taking place once every two years for one whole week in one of Amman’s most ancient sites: Odeon Theater, downtown. It also provides new opportunities for musicians to engage with each other and exchange experiences – particularly between emerging local Arab bands and more established musicians. The festival aims to create a platform to present young musicians to the Arab audiences, a space for an independent music market.

How far do you see the success of certain emerging Jordanian artists such as El Morabba3 reaching?

There are many local, Arab bands which were introduced to the public by the festival. Young Arab music map found many young artists and bands who participated in the festival such as Reem Banna, Tamer Abu Ghazaleh, Dina El Wadidi, Emel Methlothy, Tania Saleh and Mounir Troudy, and this is the most important goal and role of the festival. The successful and respected band El Morabba3 was one of the first bands to participate in the first year of the festival in 2009 and released their debut album. They are now one of the most successful bands of the Arab youth and are considered a big success for us as an independent festival platform.

Recently, certain Arab artists such as Omar Souleyman have seen massive success and popularity. Omar has worked with legendary artists the likes of Björk and Four Tet and recently released an album on Berlin duo Moderat’s label Monkeytown. Do you think artists of his kind can act as an inspiration for emerging Arab artists to emulate?

There are several common projects embraced by the festival, such as the country choir between Egypt and Jordan, which performed at the second year of the festival in 2011. There’s also Kaza-Mada, a project which brought together four artists from four Arab countries in an experimental music project.

Al-Balad Theater, the Al Balad Music Festival organizer, established a radio application specialized in showing young Arab artists’ work on smartphones called Tamasi Al Balad Radio. The app allows users to listen to artists’ music within a native mobile application 24/7 via Android or iPhone. This initiative aims to break down the communication barrier between artist and audience, and to open a continuous, renewing space for them to present their work to the public worldwide.

What was the inspiration behind setting the festival in Amman’s Roman Odeon Theatre?

The Odeon Theater has survived several epochs since the Roman era and still embraces artistic work today. It’s like the voice of the city, and the music that we create in it is the music of the people. This is one of the reasons the music inspires the people so much. With the spirit of the Odeon Theater, Al Balad Music Festival channels the sound of the city and its people.

What advice would you give to budding Jordanian musicians?

Perseverance and hard work. Seek to create music that resonates with the people.

What are you listening to at the moment?

We’re listening to a collaborative project between the Palestinian artist Terez Sliman and a Portuguese artist, on a project called ‘Mina’. They will be on show in Amman during the spring.

What are the best destinations for music lovers in Amman?

The new independent spaces are the best places for music lovers now, including Al-Balad Theater, Jadal Culture and Maestro Bar. These are spaces where artists can communicate directly with audiences and showcase their new work regularly.

What does the future hold for the festival?

The future of the festival is for it to remain a free space, gathering young artists to present their work and experiences, challenging all the political conditions of the Arab region that we’re going through right now, and to overcome financial obstacles to retain the musical voice that we dreamed of.