Visiting the Dead Sea From Amman 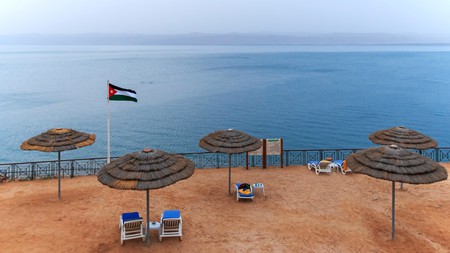 Travel can be exhausting. With endless opportunities to hike, adventure-seek and explore historic ruins, a trip to Jordan is non-stop. Whether you’ve been trekking through deserts and wadis or wandering through the streets and shops of Amman, a restful getaway will likely be in order. 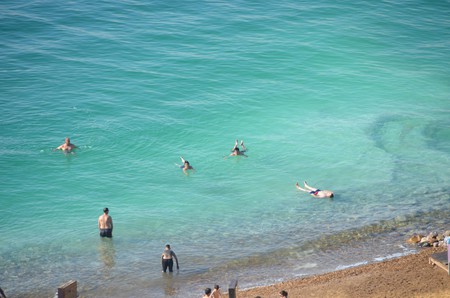 Day-tripping to the Dead Sea is a popular weekend activity for Amman locals. Jordanians rave about the fabled healing properties of the Sea, and while the lore might be true, we’d argue that the major draw of the Sea is simply the chance to lay back and enjoy the sun. Here’s everything you need to know.

Getting to the Dead Sea could not be more straightforward, even if you don’t have access to a car. Simply hail a taxi or order an Uber; depending on surge prices you’ll probably pay 20 to 25 Jordanian dinars (£22 to £28) for a one-way trip. If you’re taking a taxi, however, make sure to agree a price before heading off. The hour-long car ride will take you through small villages where you’ll have the chance to pick up a falafel or shish sandwich to snack on later. When you arrive, see if your driver can return to pick you up; hotels in the area prefer you to take a taxi associated with them back to Amman, but those can be pricey. 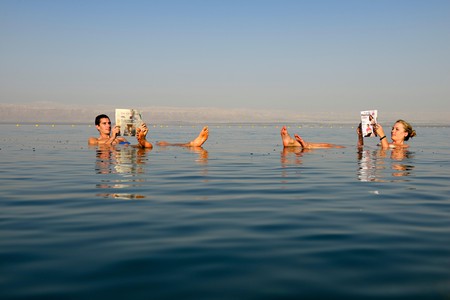 It is possible to use a public beach to take a quick dip in the Sea. The most popular is the misleadingly named Amman Beach, but even if you’re just going for the day you’re better off buying a hotel day pass. The Sea is without doubt an amazing float, but you won’t want to spend more than 10 minutes in the water – it is difficult to swim and the heavy salt content can irritate your skin after a while. The public beaches have a fair bit of litter and you won’t want to leave your belongings out while you’re swimming. In addition, women may be made to feel uncomfortable in a bathing suit on the public beaches. It’s better to purchase a day pass or check in at a hotel, where the beach is cleaner and you can spread out on a lounger, rotating between refreshing dips in the pool and floating in the sea.

The Hilton Dead Sea Resort and Spa is your best bet for a mid-price getaway. Known for its swim-up pool bar, we’d recommend this as the spot to get your vacation day drinking on. It also has an infinity pool and a dock equipped with sun loungers, which extends deeper into the Sea. A day pass at this Hilton resort is 35 JD (about £40), depending on the season, and you can pay extra to access the buffet.

Quite simply, the Kempinski Hotel Ishtar Dead Sea is the place to go when you want to ball out. The resort has plenty of pools and the property is decorated with gardens, lagoons and waterfalls for a truly private experience. You’re guaranteed a luxurious, peaceful atmosphere, but you’ll have to pay for it. A day pass typically costs 125 JD (about £140). 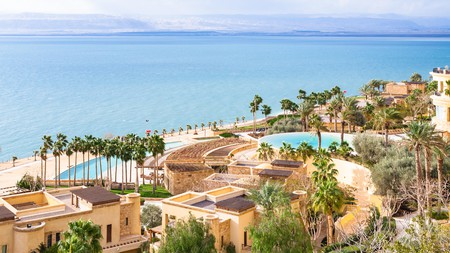 Attractions close to the Dead Sea

For those interested in history, the baptism site of Jesus Christ is a 25-minute drive north of the Dead Sea resorts. One of the holiest sites in Christianity, the spot is believed to be where John the Baptist baptised Jesus Christ, and the gathering place of many prophets. Close to the River Jordan, the area is surrounded by caves, an ancient monastery and Catholic and Greek Orthodox churches, all of which are free to explore. 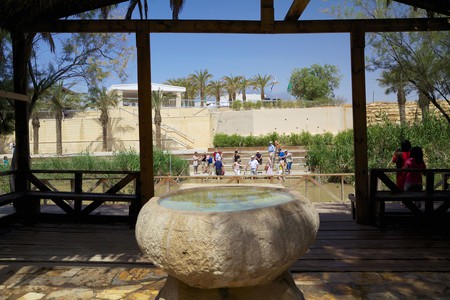 The Siq Trail at Wadi Mujib is best described as an all-natural waterpark-meets-hike. A 30-minute drive from the Dead Sea resorts, the park is a river canyon, essentially a hike through deep streams leading to a breathtaking waterfall and swimming hole. It’s understandably known as one of the ‘most Instagrammable’ spots in Jordan. Be warned though, the hike and swim are quite physically demanding and you’ll need a bit of upper-body strength to lift yourself along roped sections of slippery rocks. If you’re not Jordanian, you’ll pay 21 JD (roughly £25) and be provided with a mandatory life jacket. The trail is only open during the summer, so check online before going.