Deserts, the Dead Sea, and Petra — these are what comes to mind when thoughts turn to Jordan. Beyond its rich historical heritage and traditional culture, however, lies a contemporary, thriving arts scene, which seeks to express the concerns and issues of the new generation. Jordan’s music is a particularly fascinating insight into this complex country, marrying contemporary sociopolitical problems with classic sounds to create a unique platform of expression. 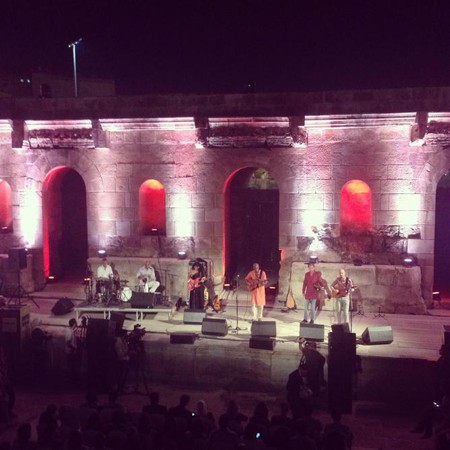 Every two years the Balad, Amman‘s traditional downtown area, throbs to the sound of rock, jazz and rap. This is the Al Balad Music Festival, a cultural event unique to Jordan, which seeks to contribute to the country’s music scene by showcasing artists from all across the area, promoting a cultural interchange between various Arab countries, while simultaneously supporting and promoting local talent. The festival is set in perhaps one of the most atmospheric locations possible – an old, authentic Roman ampitheatre kitted out with lights and sound systems, creating an incredible fusion of colour, noise and energy. 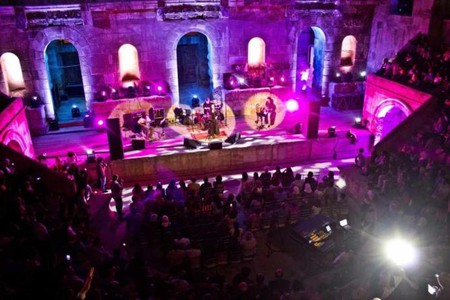 Monumental as it is, the Al Balad Music Festival is only a small part of what is a thriving musical culture within Jordan. As well as such large scale music festivals as the Al Balad festival and that held at Jerash every summer, numerous small gigs, DJ sets and “battle of the bands” are held throughout the year in Amman and elsewhere, attracting thousands of passionate, dedicated fans sporting merch and screaming for their favourite artists, a concept which many would not associate with Jordan’s often traditional image. Yet the Al Balad Music Festival, and with it Jordan’s entire music scene, represents a side of Jordan that is not so well known in Western media and its perceptions of the Middle East; a side of young, trendy, alternative artists and fans filled with excitement, defiance and optimism.

To no one’s surprise, some of the most popular music listened to by Jordan’s youth is home grown, bands which inspire local as well as musical pride. Perhaps the most well known today is the alternative rock group known as El Morabba3, whose gigs and concerts create the type of crazed, vibrant atmosphere usually reserved for artists such as Coldplay and The Killers. Formed in 2009, the band is characterised by their extraordinarily modern sound, with electric guitars, synths and pounding rhythms, all intertwined with powerful Arabic lyrics and the occasional beat of a tabla, rooting the music in the band’s origins and creating a decidedly contemporary Arab sound, reminiscent of a Jordanian Muse. Their lyrics are as unique as their sound, focusing on the social and political issues which affect the region, which the band translates into an emotional, edgy form of poetry.

Another outstanding example of Jordan’s local talent is Zaed Naes, a small three-member band who aim for an entirely experimental approach to music. Using synth, electric sounds and dreamy vocals, Zaed Naes layer rhythms and beats to create something completely unexpected, challenging the audience’s perception of what music is and how it should be expressed. Their shows are often accompanied by visual projections, thereby associating the musical with the visual, and creating a unique platform of intersecting art.

Of course, it is not only Jordanian bands which have gained immense popularity within the country. Thanks to initiatives such as the Al Balad Music Festival, numerous global bands are finding a place within Jordan’s music scene. One such band is Tarabband, a vibrant fusion of Arab and world music, with band members hailing from Iraq, Egypt and Sweden. The group is led by the passionate and compelling lead singer Nadin, an Iraqi-Egyptian who fled from Iraq and resettled in Sweden. The band’s music narrates her journey of exile and survival, with lyrics revolving around themes of love, identity and conflict, and striving always for peace and harmony. Using the region’s tumultuous background as inspiration, Tarabband creates music which merges political and social issues with beautiful, traditional sounds and passionate performance.

Jordan’s contemporary musical scene may be relatively new, and it is constantly competing with established Western music which is often perceived as much more modern and cool. Yet what is created and performed within Jordan itself is on the cutting edge of musical production, incorporating years of traditional arts with new, unique sounds and an impressive sociopolitical awareness to create something which represents the country and the region perfectly – a diverse and rich culture which refuses to be silenced. Together, these bands and the festivals which showcase them continue to defy Western expectations about Middle Eastern culture and society.