The Most Beautiful Places in Jordan 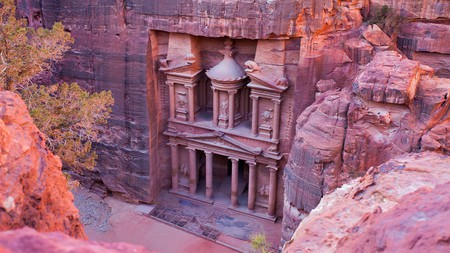 When in Petra, make sure to visit Al-Khazneh – one of Jordan's most stunning sites | © Idris Ahmed / Alamy Stock Photo

Despite the ongoing troubles and conflicts in neighbouring Egypt and Syria, Jordan still enjoys a stable and peaceful environment enviable in the region. It is also a major tourist destination in the Middle East, boasting unique natural wonders, untouched desert landscapes and impressive archaeological sites. Here are our highlights.

Always known to local Bedouins but first described by a Westerner in the 1800s, the elaborate rock-cut architecture has made this site a national symbol of the country and an obvious contender for Wonders of the World lists. The city, today the leading tourist attraction in Jordan, was once the capital of the ancient Nabataeans, nestled in a secluded valley and carved out of the sides of rose-coloured mountain walls. You can visit with Culture Trip on our specially curated nine-day Jordan adventure, escaping the crows by entering through the “back door” route. After walking through a narrow gorge that is about 1km (0.6mi) long, rocks give way to an opening revealing the biggest attraction here, the facade of the Treasury, or Al Khazneh. Past numerous tombs, an amphitheatre and a steep uphill walk is the equally impressive Monastery, perched scenically above the site. 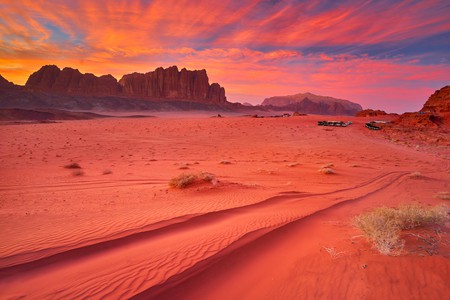 Wadi Rum, an impressive red desert landscape rich in rock formations, has found its way onto the big screen numerous times, perhaps most famously as the romantic backdrop to David Lean’s epic Lawrence of Arabia. Due to the striking red sands, unsurprisingly, it is also a favourite spot among filmmakers to emulate the surface of planet Mars. Wadi Rum, also known as the Valley of the Moon, is an unspoiled natural wonder traced by millions of years of changing weather conditions and erosion. Sunsets here are especially colourful and best enjoyed after an off-road drive through the heart of the desert. Hike through this extraordinary landscape and sleep under the stars in a Bedouin campsite on Culture Trip’s nine-day small-group Jordan tour, led by our Local Insider.

Some 50km (31mi) north of the capital Amman, Jerash is home to the ruins of the ancient Roman city of Gerasa. Surrounded by green mountains and valleys, these ruins are some of the best-preserved of the ten Roman cities in the region and are a testimony to the fine and great scale of Roman urban planning. Among the top attractions are the monumental Hadrian’s Arch (built to celebrate a visit by the emperor himself), two amphitheatres, the Temple of Artemis and the vast oval forum, almost completely encircled by high standing columns. 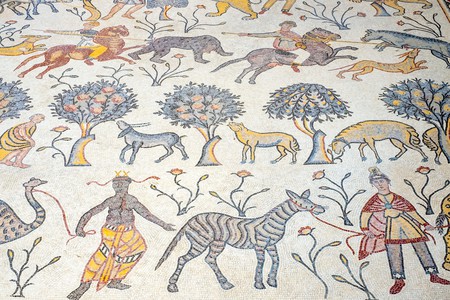 A collection of Byzantine and Umayyad-era mosaics have lent this small, culturally diverse market town its claim to fame and the moniker of City of Maps. Of particular importance is the Madaba Map, a 16m x 5m floor mosaic housed in the Orthodox Basilica of St George. It depicts the oldest surviving map of the Holy Land, with Jerusalem at its centre. The major attractions are best explored on foot and easily accessible to visitors, thanks to the opening of the Archaeological Park.

The Dead Sea is an attraction in itself. Driving down an arid landscape to the lowest point on the earth’s surface, reaching the salt-crusted coast and then slowly making your way to the Sea’s highly buoyant waters, is an experience unlike any other. Straying some kilometres further takes you to several worthy attractions, including the historic Mount Nebo, from which to enjoy panoramic views, and the excavated remains of Bethany Beyond the Jordan on the Jordan River believed to be Christ’s baptism site mentioned in the New Testament. 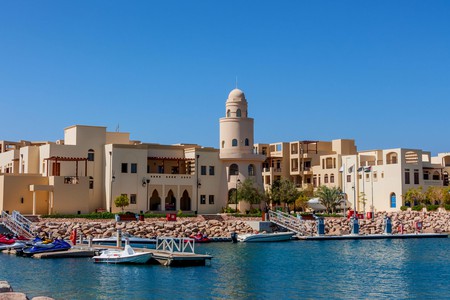 In the very south of Jordan, this modern harbour city enjoys a remarkable and strategic coastal location overlooking the Gulf of Aqaba, enclosed by a line of desert hills. Though it boasts a rich history, including the remains of what is possibly the oldest church in the world, the archaeological ruins here are less impressive than those found elsewhere in Jordan. Aqaba‘s main assets are the warm waters of the Red Sea, sandy beaches, rich marine life and colourful reefs, making it a major resort for snorkelling, diving and water sports.

The town of Umm Qais, situated in the extreme northwest of Jordan and close to the borders of Syria and Israel, holds within its territory the ruins of the ancient town of Gedara. A visit to the site is more than worth it if you’re missing some green landscapes in this generally dry country. At some 400m (1,312ft) above sea level, views from this hilltop stretch towards the sea of Galilee and the idyllic, albeit militarily occupied by neighbouring Israel, Golan Heights in Syria.