The 5 Best Bars in Jerash

Once a Greco-Roman city nicknamed ‘The Pompeii of the East’, Jerash, Jordan, is an historically fascinating region where visitors can marvel at ancient ampitheatres, visit majestic columns and traverse magnificent temples dating back to 2000 BC. Predominantly a muslim country where the local community abide by strict alcohol laws, it is still possible for tourists to enjoy a wine or beer on balmy Jordanian evenings here. Read our list of the top 5 bars in this gem of the Middle East, Jerash. 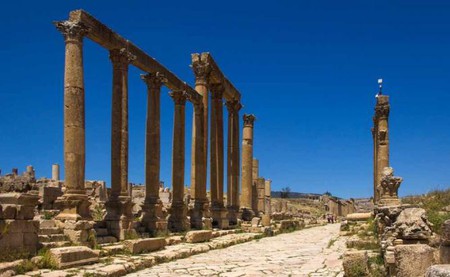 One of the city’s most popular restaurants, Lebanese House was established in 1977 by Antoinnete Ram, a Lebanese woman with a passion for the cuisine of her home country. Following Arabic tradition, the restaurant is also known as Umm Khalil after Antoinnete’s son, so don’t be confused if the local people refer to it by its nickname. Serving traditional hot and cold mezzo plates, Middle Eastern tapas-like dishes including hummus, stuffed grape leaves and cheese baladi, and an extensive menu of meat and fish dishes, Lebanese House is one of Jerash’s most delicious eateries, as well as one of the few places which serves alcohol in the city. Hosting regular wine and cheese evenings as well as stocking a number of international beers, visitors here can enjoy the wonderfully attentive service and Oriental themed decor, featuring a rustic stone-walled interior, grand arches and mashrabiya window detailing.

Watch out for: wine evenings and a selection of international beers 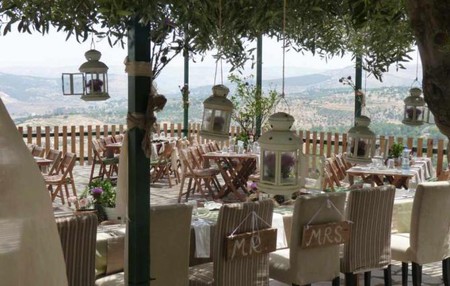 Situated in the Gilead Mountains overlooking the city, the Mountain Breeze Country Club is an exclusive, upmarket resort providing comfortable countryside lodges, and boasts a stylish, high-end restaurant unlike any other in the city. Offering a number of outdoor activities such as camping, volleyball and paintballing, visitors are likely to get thirsty, and are well catered for here in terms of bar facilities. Fresh fruit cocktails and smoothies made by the professional bar staff can be enjoyed, as well as an impressive selection of wine featuring a number of red, white and rosé choices. Customers can sip their tipple on the breezy outside patio area overlooking the rolling hills and surrounding countryside, can sit in the cozy indoor restaurant, or can lounge at the snack bar, built around a one-hundred-year-old oak tree.

Watch out for: the fruit smoothies

Another Middle Eastern restaurant popular amongst foreign visitors is the Jerash Rest House, ideally situated in the center of town, next to the city’s most prominent ruins including Hadrian’s Arch and the Temple of Zeus. Modest and laid-back with impeccable service, the restaurant offers freshly prepared buffet-style Arabic fare, including barbecued chicken and lamb as well as a number of side salads and small plates. Visitors can choose to sit on the outside sofas in their comfortable courtyard area, or recline in the shade in the restaurant’s tented sections. Alcoholic beverages offered here include a choice of red or white wine and a few bottled beers, as well as some spirit options including whisky and vodka.

Watch out for: the red and white wine 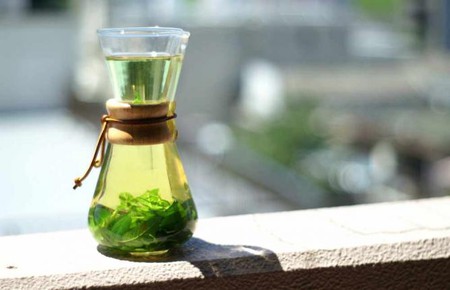 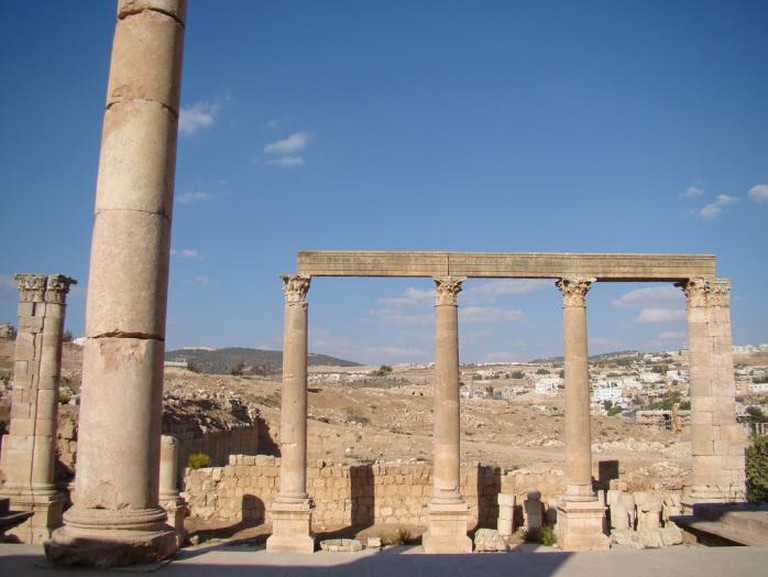 Jerash | © Ghaylam/Flikr
Nestled right next to The Temple of Artemis, a twelve-columned Roman temple built under the rule of Emperor Antoninus Pius, and the structure from which this restaurant derives its name, Artemis is the perfect pit stop after a busy day of cultural exploring. Sat at the elegant long tables here guests can feel like they are attending a grand banquet of Romanesque standards, and the dishes are all beautifully presented on large sharing platters, encouraging a sociable and neighborly dining experience. For those looking to enjoy a tipple, Artemis serves a modest list of wines and beers as well as a variety of soft drinks and traditional teas to quench all thirsts, with their lemon mint tea being a must-taste. With a friendly and informal ambience and delicious meals, light bites and many drinks options, Artemis is a pleasant location to drink at in Jerash. Watch out for: the speciality tea blends Artemis Restaurant, Jerash, Jordan.
Open In Google Maps
9 Calle Séptima, Jordán Empalme, Jordan
+962795546682
Visit Facebook page
Give us feedback

This family-run hotel is situated just outside of Jerash, on a picturesque mountaintop overlooking the Dibbin Nature Reserve. In these natural and tranquil surroundings guests can truly relax and unwind away from the bustling tourist areas, markets and commercial centers of the city. The spacious restaurant features a colorful and contemporary decor, with cozy sofas to relax on as well as an original wood fireplace for the chilly Jordanian winters. With a menu aiming to combine international cuisine with traditional Arabic food, The Olive Branch uses home-grown spices and olive oil made from their own olives in their recipes, which creates delicious and original flavors. This hotel is again one of the only alcohol serving establishments in town. With a full spirit bar as well as some wine and beer options, this venue is an agreeable and hospitable place for guests to drink in Jerash.

Watch out for: the wine and beer