How to Spend 48 Hours in Amman, Jordan 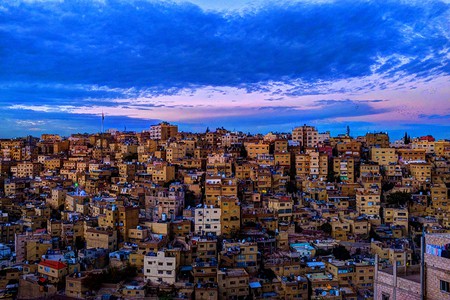 As far as Middle Eastern capitals go, Amman is considered one of the most beautiful, modern, and dynamic cities. With two district parts—the lively urban Western Amman and the rather conservative Eastern Amman—the city resembles the perfect combination of diverse classes. When visiting Amman for the first time, you must consider directing your attention to Western Amman, which is full of the most authentic and modern cafés, bars, pubs, art galleries, and more.

Breakfast at the Famous Hashem Restaurant

You won’t get the genuine taste of a Jordanian breakfast unless you have tried falafel at Hashem Restaurant. Run for over half a century by a Turkish family, Hashem Restaurant is so popular that even the King Abdullah II, the crowned king of Jordan, chose it for a modest Royal family breakfast gathering. In regards to its popularity among locals and tourists, there is always stiff competition for tables, so it is always best to aim to arrive early for the best table. 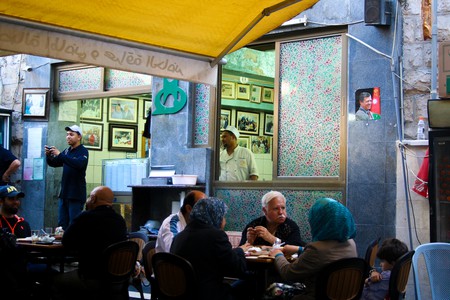 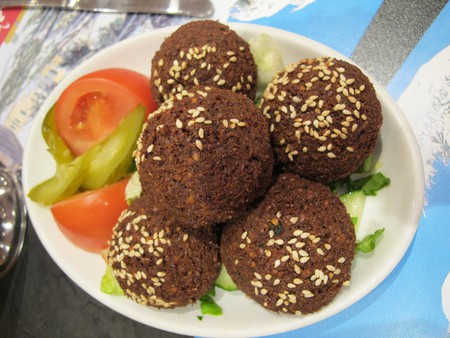 As soon as you finish your fulfilling falafel, you might need a good stroll to digest. Walking through Downtown Amman will give you the best feel of the ancient city. Souvenir shops are around every corner, where you can take a look at traditional Jordanian clothing, famous sand art souvenirs, and hand-made ornaments. You might come across some historical sights such as the Nymphaeum, a Roman monument which was once filled with water features, mosaics, and a swimming pool dedicated to nymphs. 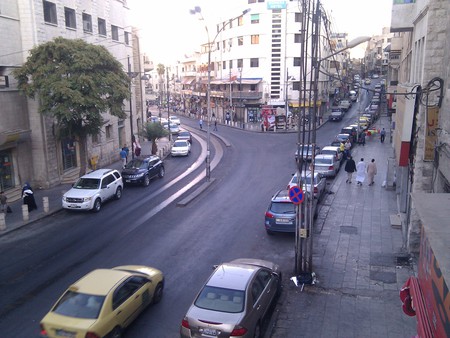 Jabal Al Lweibdeh, one of Amman’s seven hills, is considered expats’ most favorite scene of the city. You only need to take a really steep road up from Hashem Restaurant and you will find yourself immersed in unexpected scenery loved by both locals and tourists. What makes Jabal Al Lweibdeh so special is its serene atmosphere, dreamy old alleys and houses, and hybrid environment of exquisite cultures. While you’re at it, you can have yourself a relaxing coffee break at Rumi, a small café named after the poet and decorated with his writing.

The area is also home to the Institut Français de Jordanie, the French Language Centre, and authentic and soul-lifting cafés, such as Fann Wa Chai, Kepi, and Jasmine House. 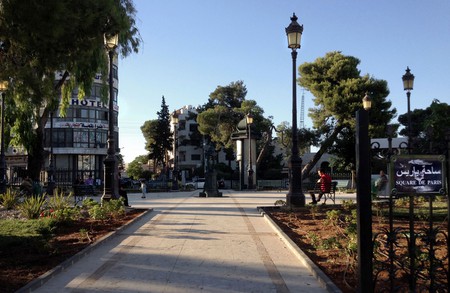 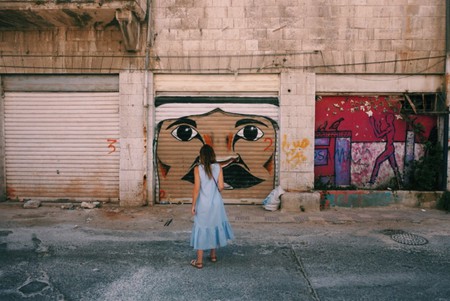 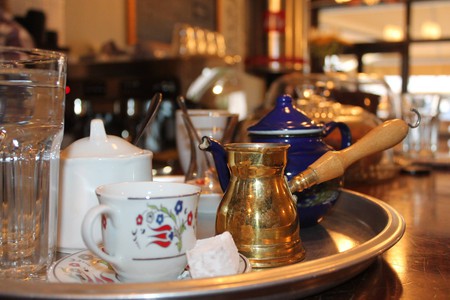 Have the Best Mansaf at Sufra Restaurant for Lunch

Needless to say, trying Jordan‘s most famous dish is a must for everyone who visits, and what place could be better than one favored by the Royal family itself? You can savor Sufra’s signature mansaf, a dish of cooked rice, yogurt, and lamb, in their terrace garden. 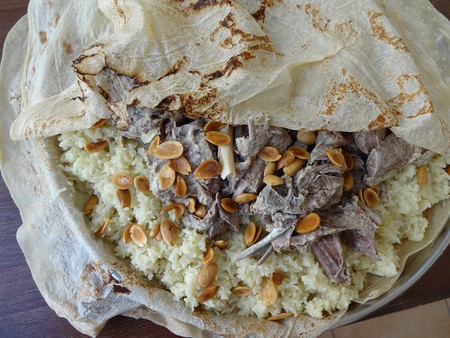 A Night Walk on the Abdali Boulevard

Festive Throwback shot from Christmas at The Boulevard 2015. Comment below if you were there last year! #TheBoulevardJo #TheWalkofTheTown #HeartofTheNewAbdali #Amman #ChristmasatTheBoulevard

Party High Up in the Sky Lounge

ِEnd your day with a lift-up at Sky Lounge, and enjoy the hyper music from a dynamic view over Amman. Sky Lounge is a top location choice, as it is in Shmeisani, an area only ten minutes away by foot from Abdali Boulevard, and 20 minutes farther from Jabal Al Lweibdeh. 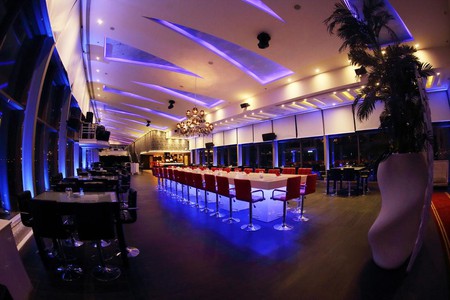 Breakfast With a View at the Historical Citadel

It is time to direct your journey to another trendy district of Western Amman, Jabal Amman, another hill upon which the old city of Amman was first established. Aim for an ecofriendly and organic breakfast on the glass terrace of the Wild Jordan Centre, and immerse yourself in a breathtaking view over the old Citadel from afar. 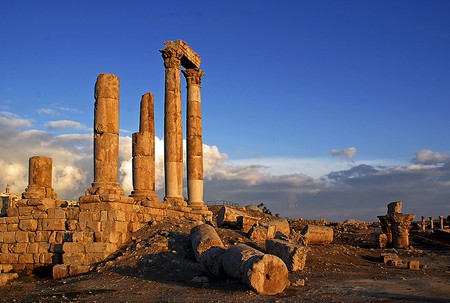 Amman: Best Seen Inside Out | © www.rmalimo.com

This beautiful stone-paved, one-way street is a destination itself. Filled with modern cafés, restaurants, and souvenir shops, the street holds the ancient air of Amman. Make sure to explore it by foot to avoid traffic and to discover each and every alley. 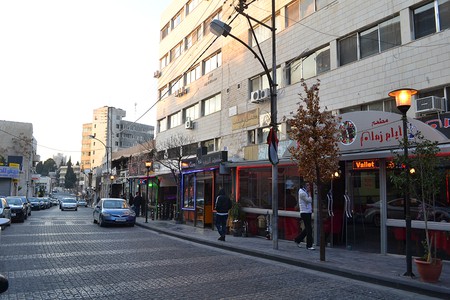 Sightsee in the Luxurious Area of Abdoun

The modern scenery of Amman is located in Abdoun, where you will sense the change of culture and the rise of modernity in buildings and the spread of Western civilization in restaurants and shops. To mix up your lunch, enjoy the best Sushi buffet at Fame, located just around the corner from the famous Sheraton Hotel Amman. 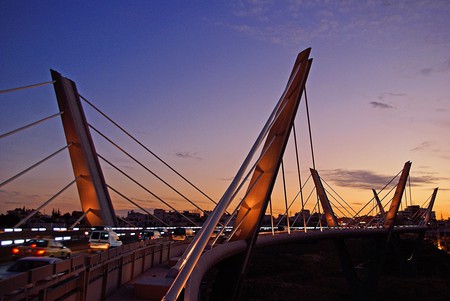 Offering a window to the Hashemite legacy, The Royal Automobile Museum shares a lot about the Crown family and the history of Jordan, and is an interesting place to spend time admiring the unique collection of automobiles and motorcycles once owned by the Hashemite family. 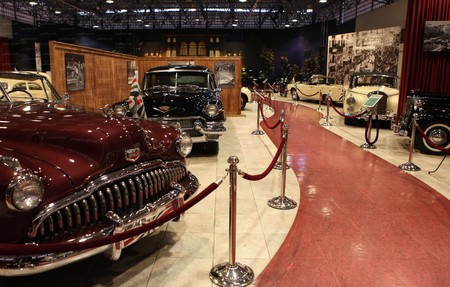