How to Navigate Transport in Jordan 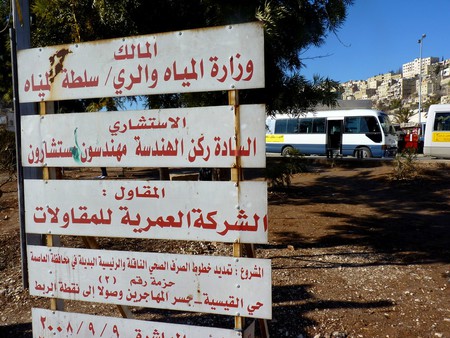 Jordan’s diverse landscapes – from the otherworldly deserts of Wadi Rum to the forested mountains of Ajlou – are dotted with jaw-dropping historical sights and plentiful opportunities for adventure, but getting around this still-developing country takes a little knowhow. Here’s some info to help you choose the right modes of transport in Jordan for the itinerary of your dreams.

Yellow taxis are plentiful in cities, easy to hail on the streets, and best used for quick intra-city hops. Expect to pay no more than JOD3 (US$4.25) for any city trip. Many cab drivers speak English and can be hired to take longer trips outside the city. Drivers may not use the meter, especially outside Amman. Before getting in the taxi, verify that the meter will be used, or negotiate the price for your destination. Local customs dictate that men sit in the front seat and women sit in back. Fares are displayed to the third decimal point, so JOD1.250 is the same as JOD1.25.

Local tip: Addresses are not widely known or used in Jordan, so if you plan to use taxis, it helps to purchase a SIM card from Zain, Orange, or Umniah on arrival so you can access a map app to help taxi drivers navigate. SIM cards are inexpensive (you’ll pay less than US$20 for a month’s worth of calling and data). 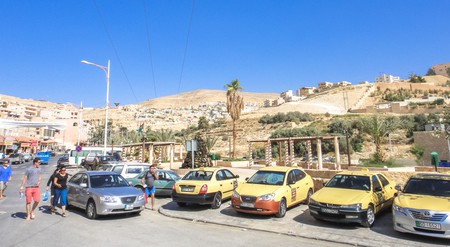 White public taxis, called service taxis, operate in the Greater Amman area. They travel preset routes similar to the bus routes, offering a quicker but still cost-effective way to reach your destination. The route rates are fixed and rides are shared with other passengers. Service routes are listed on the Amman’s Unofficial Transport Map. Unless you are familiar with the routes and speak Arabic, experts recommend sticking with private (yellow) taxis. The only exception is the service route from Queen Alia International Airport into Amman.

Local tip: Service taxis at Amman’s airport are allowed to take passengers to any location in the city. Upon arrival at the airport, politely decline offers for taxi services as you exit the arrivals level, and head straight to the official taxi stand at curbside. The English speaking attendant will tell you the fare in advance and will also communicate your destination to the driver. 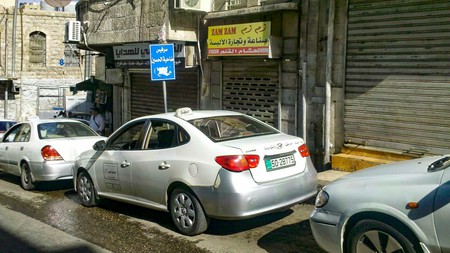 For exploring off the beaten path, a rental car is highly recommended. While the rates are somewhat expensive, especially in summer, the flexibility you gain is priceless. The Jordanian road system is well developed and most areas have signage in English for tourists. Usually, 21 is the minimum age for car rental to non-locals (some require Jordanian drivers to be 25 or older). Drivers are required to have a valid driver’s license from their home country, and most require drivers to have held their license for a minimum of one year. Jordanians drive on the right side of the road and are known for their confident, defensive driving, so make sure you’re comfortable with right-side driving in hectic conditions.

Buses are the cheapest option for transport within Greater Amman. Full-sized municipal buses and private minibuses travel similar routes; the fare is slightly lower for mini buses, but both cost around JOD0.500 (US$0.70). Public buses usually display their number and destination (though destinations may be in Arabic); mini-buses don’t display the route – the driver or conductor will simply shout out the destination. Both buses can be flagged down anywhere along the route and will also drop passengers off along the way. To signal to the driver that you wish to stop, tap a coin loudly against the window. Check out Amman’s Unofficial Transit Map for routes.

Local tip: Take the bus only if you have a flexible timeline. There is no set timetable and buses often don’t depart until they’re full. The exception to this is Sariya Airport Express buses to and from the airport, which depart once or twice an hour. 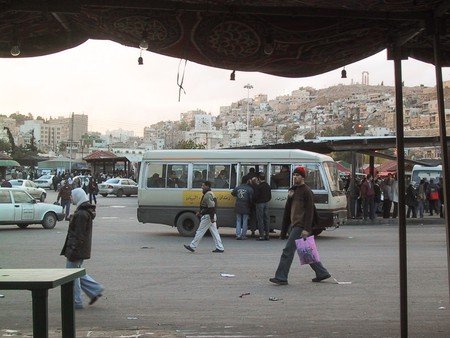 Hiring a private driver is a great option if you want the ultimate in flexibility and prefer having a local guide to provide history and color along the way. It’s possible to arrange this service with Careem and Uber drivers you meet while exploring Amman, but they may not be trained as guides and, although Jordan is very safe, proceed with caution. You can book a driver or guide in advance with online companies like Jordania Aventura Drivers, Jordan Car and Driver, Jordan Taxi, and Golden Tours and Travel. For a personal recommendation from a local, Facebook has several groups for expats, and members are usually happy to refer visitors to trusted drivers.

Local tip: Private drivers are more costly than taxis. Just for reference, a full-day fare for a taxi is around JOD30, so expect to pay more for a private driver.

For seeing the major sights in Jordan, Jordan Express Tourist Transportation Company (JETT) is a more affordable option than renting a car or hiring a driver. JETT is a public transportation company with non-stop air-conditioned buses, which operate on a regular schedule to popular destinations like Aqaba, Petra, Madaba, the Dead Sea, Baptism Site, Irbid, King Hussein Bridge, Ajloun, and Jerash. Book your seat online a day in advance, and expect to pay less than JOD10 for a one-way ticket.

Local tip: See Visit Jordan for a listing of other companies offering bus tours around the country. 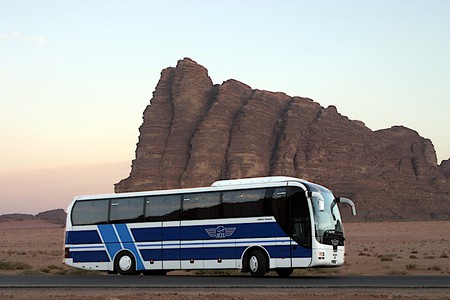 App-based ride-hailing services Uber and Careem are available in Amman. Since these services are not technically legal in Jordan yet, drivers are occasionally ticketed by police, but there are no penalties to riders, and travelers and locals use them regularly. More expensive than taxis (anywhere from 30% to 100% more), Uber and Careem are especially attractive to non-Arabic speakers, since the ability to enter a map location in the app avoids any possible language barriers.

Local tip: The “women ride in the back” custom does not apply here. If you’re using a ride-hailing service, sit in the front seat, regardless of your gender, since it helps the driver avoid being stopped by the police.