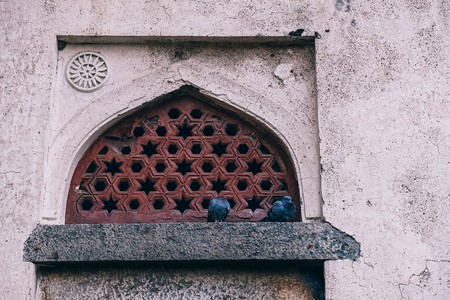 Ranked as the 29th most expensive city in the world, according to the Economist Intelligence Unit, Amman is officially the priciest locale in the Arab world.

According to the report, Amman is more expensive than Beijing, Luxembourg, Berlin, Stockholm, Rome, San Francisco, Madrid, Miami, and many other cities.

Whether you are living and working in Amman or just travelling for a short time, here are our tips for how to live on a budget whilst still making the most of what the city has to offer. 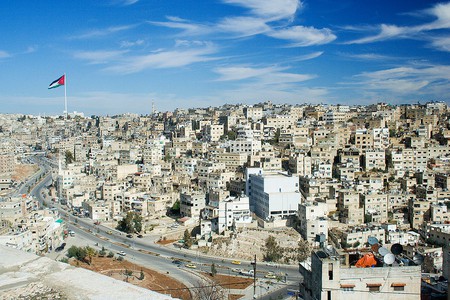 A view of Amman, the capital city of Jordan | © David Bjorgen / WikiCommons

If you’re staying in Amman for a short amount of time, then your best bet is to couch surf or opt for Airbnb accommodation. Jordanians are famous for their hospitality skills, so you’re sure to enjoy your stay in someone’s home as a guest.

If you’re looking to rent for a longer period, the cheaper areas in which to rent, and are suitable for expats, is the newer-built area of Shmeissani and the older neighbourhood of Jabal Amman, which is fast becoming a hub for arts and culture. These areas are also only a short distance to downtown Amman and the district of Jabal L’weibdeh, in which you’ll most likely be visiting in your spare time. 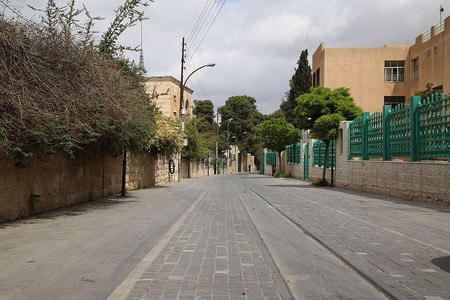 Public taxis are cheap compared to other major cities and will cost you an average of two Jordanian Dinars ($3USD) for a typical journey.

Buses are even less expensive and cover the majority of the city, but timetables are difficult to find, so ask a knowledgeable local or head to a major bus station such as Ras l’Ayn near downtown Amman.

A top tip regarding transport is to try and live as close to your workplace as possible to minimise transport costs altogether, which will also allow you to get in some free exercise by walking (a gym membership will set you back over 50 JD/$70USD a month).

Avoid malls and supermarkets like the plague! Goods here are often imported and hugely overpriced. Instead, head downtown to pick up your fruits and vegetables from the market – not only are they substantially cheaper than all major supermarkets, but the quality is also much better. You’ll also get to witness the famous market sellers who sing songs to entice buyers to their stalls.

Although eating out is not too expensive (an average meal at a mid-range restaurant won’t cost you more than 6JD/$9USD), learning how to cook at home will definitely save you some extra money.

When it comes to clothing, head down to the Friday market in downtown as goods are secondhand, but there are many vintage gems to be found! 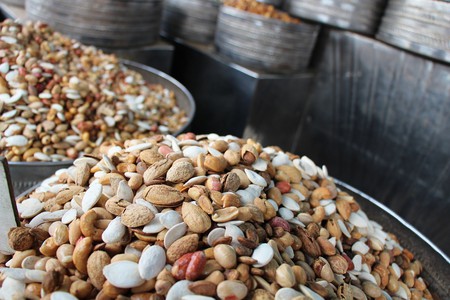 Amman has many entertaining cultural events that take place, and many of them are completely free.

Art lovers will enjoy attending the many exhibition openings in the areas of Jabal Amman and Jabal L’weibdeh, home to most of the contemporary art galleries in the city. Darat al Funun is a great one to keep an eye on as they regularly have rotating exhibitions focusing predominantly on the visual arts.

Another great option for entertainment is visiting one of the many film festivals organised throughout the year by the Royal Jordanian Film Commission. These are normally totally free of charge to attend! In the summer months, they also screen films outdoors at their building located in Jabal Amman. 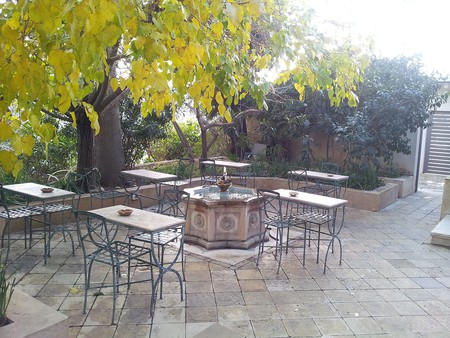