Floating in the Salty Waters of the Dead Sea

The Dead Sea is a vast salt lake bordered by Jordan, Israel and the West Bank. Its surface marks one of the lowest elevations on Earth and at its deepest point it drops almost 300 metres (1,000 feet) below sea level. Thanks to its unique properties and mineral richness, the Dead Sea was also home to one of the first health resorts in the world.

The history of the Dead Sea

Tourists continue to flock to the area, as there’s nowhere else on the planet that can match the special qualities of the Dead Sea. It’s almost 10 times more salty than the ocean, and the brine also has industrial uses: the raw minerals have been used to produce caustic soda, potash and sodium chloride.

The lake is located in the Jordan Rift Valley and the only major water supply into it is from the Jordan River. Due to diversions in the river, water levels in the Dead Sea are receding rapidly.

The region also has huge religious significance. In the 1940s and 1950s, ancient scriptures dating back several centuries were discovered in a series of caves less than a mile from the northern shore of the lake. The Dead Sea Scrolls, as the manuscripts have come to be known, are regarded as some of the most important artefacts in Judaism. 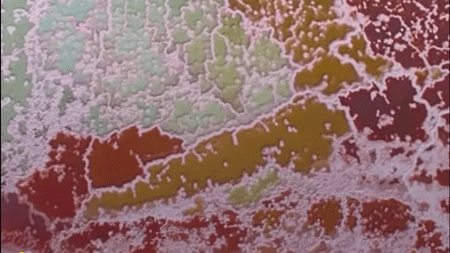 Why do people visit the Dead Sea?

Other lakes and ponds can lay claim to being the saltiest bodies in the world, but these aren’t as accessible as the Dead Sea. Its name is derived from the fact that no fish or aquatic plants can survive in the water, giving it an eery quality devoid of traditional life forms. There is also a theory that when early explorers first came across the Dead Sea, it was coloured blood-red, rather than the blue or green hues you can see today. This phenomena is rare, but can occur after periods of heavy rainfall.

Ancient Romans and Greeks extolled the virtues of the lake for many years. Herod the Great built several fortresses along the coastline and believed the lake could improve his health. Centuries later scientists have confirmed this, stating that the high concentration of sodium helps boost the immune system and the calcium-rich water strengthens bones.

You will find many visitors covering themselves in mud from the shores, with some convinced that the magnesium will help slow down the ageing process. Just remember to wear an old bathing costume, as whatever its putative benefits, one thing the water definitely does is discolour your clothes.