Bullet Proves ‘Lawrence Of Arabia’ Really Did Tell The Truth

Archeologists in Jordan have found proof that T. E. Lawrence – more famously known as Lawrence of Arabia – did aid the Arab Revolt: a single bullet, fired from a gun that only Lawrence would’ve owned.

Whether you’ve watched the David Finch’s now-classic film or heard the name through pop culture osmosis, the name Lawrence of Arabia is instantly recognizable. 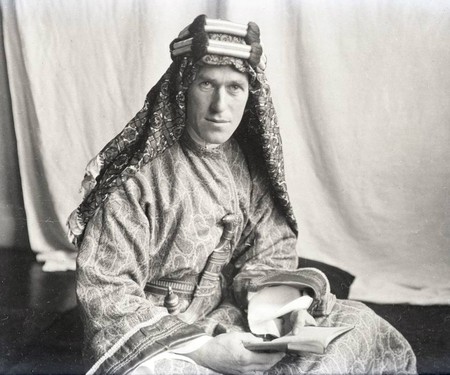 Since The Arab Revolt (1916-1918) and Lawrence’s account of his involvement, published as the Seven Pillars of Wisdom, historians have always argued how truthful his story was. Many have contested that he heavily romanticized what happened and may have changed elements and/or events to fit his ‘vision.’ The lack of evidence about certain events in Lawrence’s book has also made it harder to determine whether or not there was any truth to the events in his extraordinary tale.

However, archeologists recently found a spent bullet at the site of the Hallat Amar Train Ambush (1917). The bullet was the only one of its kind at the site. Experts soon determined that it was fired from a Colt 1911; the only known person to have carried a Colt 1911 during the train ambush was Lawrence of Arabia himself. The movie version would later use this train ambush, described in Seven Pillars of Wisdom, as the basis for the iconic train scene (as seen below).

In further support for Lawrence, hundreds of other bullet cartridges were also found (from British and German/Turkish rifles), and the ‘scatter diagnostic’ of these bullets match up with Lawrence’s descriptions of the ambush. A train-plate that Lawrence took as a souvenir but then lost was also found.

The site was set up under the ‘Great Arab Revolt Project’ – an archeological project hoping to investigate and recover the historical objects relating to the Great Arab Revolt. Other archeological sites in and around Jordan and Saudi Arabia have further found remnants of blown-up railway tracks, excavated Turkish camps, hilltop fortresses, a landing strip used by bomber planes, and more evidence of guerrilla-style fights between the Turks and the Bedouin. 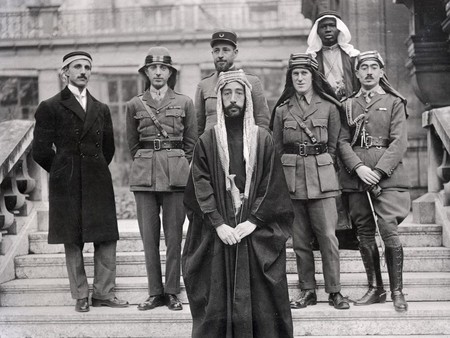 Born Thomas Edward Lawrence, Lawrence was an archeologist before and at the advent of the First World War. He was later stationed in Cairo, and through his extensive knowledge of the Bedouin tribes, he was sent to serve Prince Faisal, as his Liaison Officer. Because of his successful involvement in the Arab Revolt and his support of Arab independence, he was dubbed ‘Lawrence of Arabia.’

While the Bedouin eventually overthrew the Turks and were promised self-governance by Britain, a secret pact was made in 1916 to carve up ‘Arabia’ between France and Britain at the end of WW1. At the end of WW1, Lawrence returned to Britain and tragically died in a motorcycling accident in 1935, aged 46.