The Top 10 Things To See And Do In Aqaba, Jordan

Jordan’s only coastal city sits on the Gulf of Aqaba and is home to the country’s only seaport. As the gateway city to the famous desert landscapes of Wadi Rum, Aqaba receives a good share of tourists and holds a reputation for rich marine life in its warm Red Sea waters. Here are 10 unique activities to pursue in Aqaba. 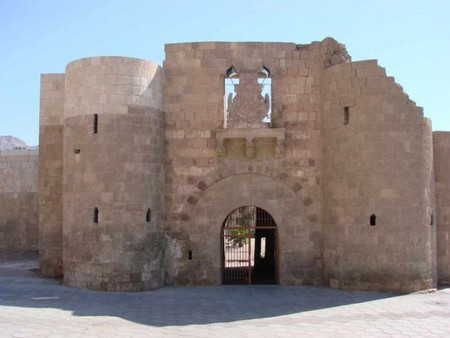 Only a few blocks inland from the corniche on the Gulf of Aqaba, Mamluk Castle is the site of one of the most famous battles of the First World War. The battle, part of the Arab Revolt that swept through Aqaba in 1916, is immortalized in one of the memorable scenes from David Lean’s 1962 film Lawrence of Arabia. Before its occupation by the ousted Ottomans, this 16th-century castle was built by the Mamluk sultanate and was used for centuries as a ‘khan’, or traveler’s inn, hosting pilgrims on their southward journey to Mecca for the annual Hajj.

The free public beach of Al-Hafayer, also recently known as ‘Palm Beach’, is located on the southern coast, some 10 minutes from downtown. Due to local sensibilities, chances are female westerners are unlikely to feel tempted to go down for a swim. If you’re not intent on swimming, however, this is the perfect place to enjoy a pleasant sunset with some tea and grab a taste of Aqaba life among friendly locals on their leisure time. 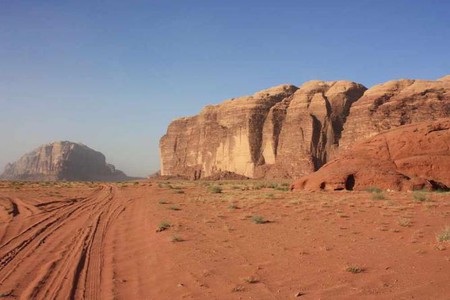 A trip to Wadi Rum

Although the Wadi Rum Visitor Centre is located some 60km on a highway east of the city, Aqaba is the major gateway to the Wadi Rum itself. Also known as The Valley of the Moon, this unspoiled natural wonder can be traced by millions of years of changing weather conditions and erosion. Sunsets here are especially colorful and best enjoyed after an off-road drive through the heart of the desert, and a night spent under the stars as guests of nomadic Bedouins. JETT and Trust company buses depart from their own stations in the city while minibuses depart from Aqaba’s main station. 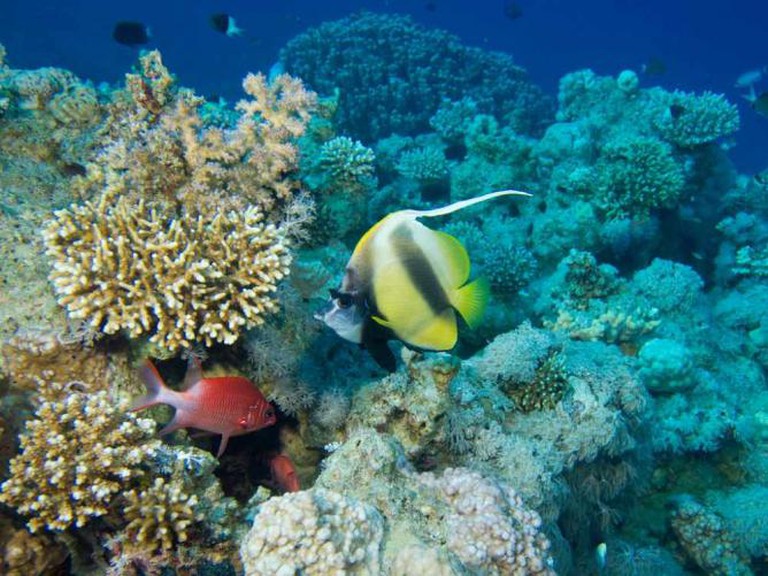 Red sea coral reefs | © Joi Ito/Flickr
Adjacent to the castle and close to the famous 130m-high Aqaba Flagpole, the Aqaba Archaeological Museum serves as the best introduction to the city’s long history. Originally built as a palace for Hashemite dynasty founder Hussein bin Ali, it houses a collection of Bronze-Age artifacts dating back to some 4,000 BC. Among some of the museum’s well-known pieces are a collection of medieval artifacts from the 7th to the early 12th century, including Fatmid coins and a large inscription of a Quranic verse that once hung above Aqaba’s eastern gate.
Open In Google Maps
Give us feedback

It is the opinion of many that the Red Sea is Aqaba’s greatest asset. The coral reefs here are clean and colorful – some of the best in the region. The gulf’s mild weather makes it a perfect place for a first trial dive, and certified divers only have a diversity of equally stunning diving sites to look forward to. A number of diving centers, including Ahlan Scuba Diving Centre, Aqaba International Dive Centre and Arab Divers, provide truly professional services. 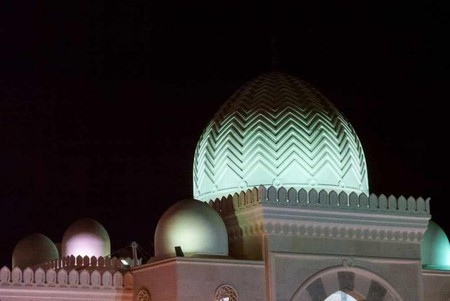 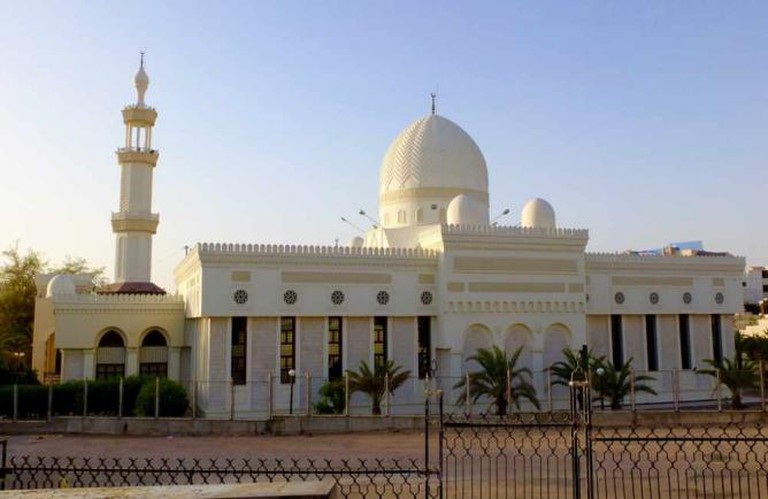 Sharif Hussein Bin Ali Mosque | © Leo-One/Flickr
Named after the leader of the Arab Revolt of 1916, and the present king’s great grandfather, the grand Sherif al-Hussein bin Ali Mosque is the most remarkable place of worship in the city, and one of the its most visually striking pieces of architecture. First built in 1975 and renovated and enlarged in 2011, it stands out due to the whiteness of its stone, the intricacies of its minaret and its line of graceful arches.
Open In Google Maps
Aqaba, Aqaba Governorate, Jordan
+962785711784
Give us feedback

Berenice Beach Club is arguably the best way to spend a day at the beach. Only a short bus ride away from the city centre, this private club is spread across 500m of the Red Sea coast and boasts some cleanest waters in the Aqaba Marine Park. It is equipped with all the facilities you could wish for, including three swimming pools, an eatery and, of course, showers and shaded sunbeds. Services on offer range from diving and snorkelling at an in-house diving center, yacht cruises, Jet Ski rides, and all sorts of other water sports activities.

The ruins of Ayla are situated north-west of the present day city center. The ruins are rather limited, especially when compared to other sites within Jordan, but it holds a special place within the history of the Islamic world as one of its earliest cities and the first to be founded, in the 7th century, outside the Arabian Peninsula. A short walk away are the ruins of an ancient church, arguably the oldest purposely built anywhere in the world, and sections of the old city wall. The archaeological site is located right in front of the Mövenpick and Aqaba Gulf hotels, a few minutes’ walk from the waterfall, and entrance is free.

A bird-watchers’ paradise, the Aqaba Bird Observatory is located at the northern tip of the Red Sea, close to the Eilat border, and receives flocks of birds coming from Europe, Asia and Africa every migration season. The forest and wetlands cultivated here make for a stark contrast to the surrounding desert and are no less beautiful for their being artificially managed. Any given season attracts more than 70 different bird species passing through this bottleneck of global migration routes. Though open year round, it is best visited in the spring and autumn. 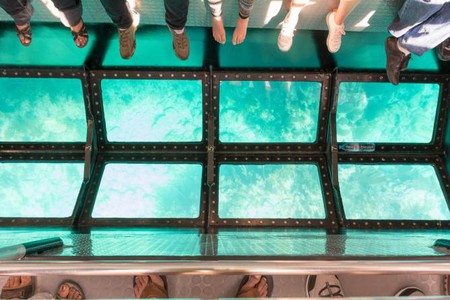 Should averseness from snorkelling or diving stop you from experiencing the coral reefs the Red Sea is famed for, glass-bottomed boats are your quickest fix. Boats pull up on a beach near the Movenpick hotel, or at a jetty in front of Aqaba Castle. Fixing a price, generally reflecting demand, is an experience in haggling and testing of one’s bargaining prowess. Tours last from 30 minutes to an hour, the latter rounding most of the harbor and close to the Israeli border and the city of Eilat.