A Huge Ancient Monument Has Been Discovered in Petra 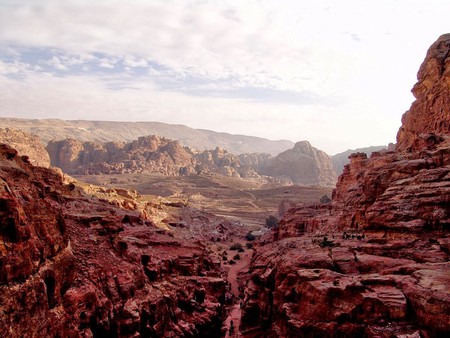 Archaeologists have announced the discovery of a massive monument in the ancient city of Petra, in southern Jordan. Buried under the sand, the structure is thought to date back more than 2,000 years, and is believed to have had a ceremonial purpose.

Using new, cutting-edge survey techniques including satellite imagery and drone photography (which provide an aerial perspective from which to pick out the footprints of otherwise invisible buildings), archaeologists Sarah Parcak of the University of Alabama and Christopher Tuttle, executive director of the Council of American Overseas Research Centres (CAORC), were able to determine details about the hidden structure.

Published in the American Schools of Oriental Research, the pair’s study describes how an enormous platform measuring 56 by 49 meters would have enclosed a smaller, interior platform, which may have been paved by flagstones and adorned with columns to one side. Clues also point to the presence of a huge, sweeping staircase, which descended from the platform to the east. 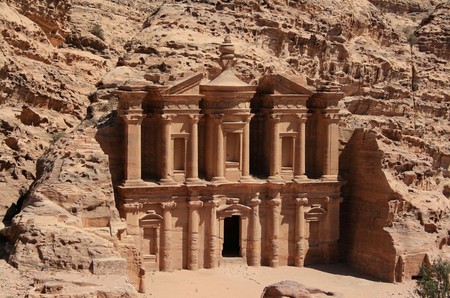 If their theory about its ceremonial purpose is correct, the new monument may be the second largest known elevated public display area after the famous Monastery, a beautifully ornate building carved into the cliff face about an hour’s climb north of the city center. However, according to the archaeologists, the newly discovered monument — which is less than a kilometer from the center of the ancient city — is distinctly unique amongst the known buildings of Petra, and may even predate other significant monuments by more than a century. 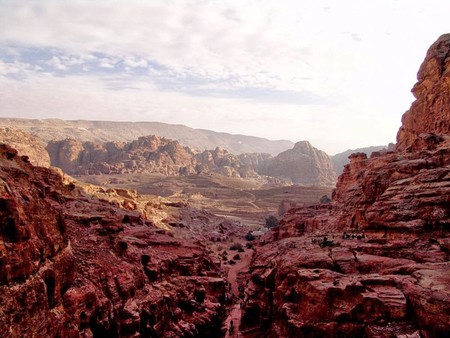 A general view of the city of Petra | ©Leon Petrosyan/WikiCommons

Rediscovered only 200 years ago by Swiss explorer Johann Burckhardt, the ‘lost’ city of Petra is an astonishing collection of buildings and monuments — from temples to tombs, bathhouses to theatres — many of which are carved directly from Jordan’s sandstone cliffs. Despite archaeological fieldwork having been carried out in and around the city for almost two centuries, new discoveries continue to be made, which, according to Parcak, makes the site a perfect candidate on which to test new survey technologies. 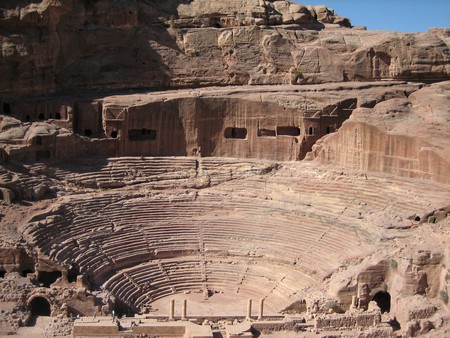 Built by the Nabataeans as far back as 312 BC, Petra became a hugely important site for trade during the Hellenistic and Roman eras, sustained in a mostly arid and hostile desert environment thanks to the genius of its water engineering system, a network of dams, reservoirs, and aqueducts that created an artificial oasis. Known as the ‘Rose City’ in reference to the distinctive hue of much of the rock from which it is carved, Petra was named a World Heritage site in 1985 by the United Nations Educational, Scientific, and Cultural Organization (UNESCO). The city was also designated as one of the Seven Wonders of the World in 2007 by the New7Wonders of the World Foundations, a millennial project that allowed people from all over the globe to vote for their choice of wonders to replace the original ancient seven, but from which UNESCO has distanced itself. Today it is Jordan’s most visited attraction, with over half a million tourists flocking to the site each year.