A Design-Lover's Guide to Eating Out in Amman 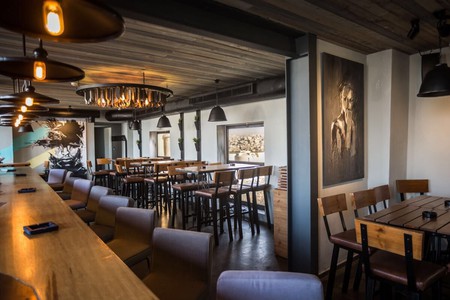 For design lovers visiting Amman, Karim Sawalha’s body of work is a cheat sheet of the hippest places to eat and drink in the city. The eco-friendly architect spoke to us about Jordan’s budding design scene, and gives visitors an insider’s guide to his most popular venues.

The 29-year-old Jordan-born architect Karim Sawalha is making a name for himself by breathing new life into old spaces, creating modern experiential interiors that embrace their history rather than obscuring it.

He describes his industrial-edged designs as “intimate, honest and raw,” places where he hopes people will have memorable experiences. He employs readily available materials such as concrete, steel, and wood, but this use of materials results in designs that are far from standard.

According to Sawalha, of-the-moment trends in Amman architecture include increasing use of locally sourced, simple materials and adaptive reuse – renovating old, decommissioned spaces for bars and restaurants – as evidenced by repurposed industrial spaces like The Hanger, an abandoned electricity factory converted into an art and events space. Sawalha says this represents a shift. The local interior architecture aesthetic is “moving away from the flashy, shiny, and exclusive approach that used to be more common around town.” 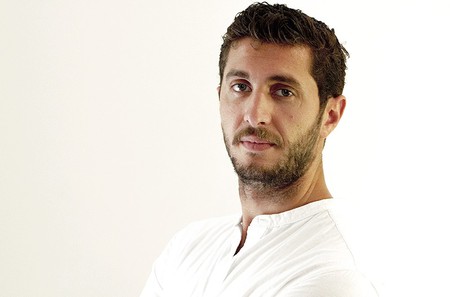 In part, this shift may be the influence of local architects who were educated abroad, bringing international design styles to the city. In Jordan, it is also simply a matter of practicality: it’s more affordable to use local supplies, as imported materials are expensive and heavily taxed. The same goes for the reuse of existing buildings: most of the land in desirable areas has been developed, so it’s more economical to convert existing structures rather than rebuild.

As for the future of architecture in Amman, Sawalha says he sees more solar projects and suppliers popping up in the city, and more awareness of green building practices. He says, “We are a young country in a constant state of development and expansion, which invites innovation and progress. This goes hand in hand with the shift to the green side.”

The future is promising, but adventurous explorers will be charmed by Amman’s present-day offerings, too, given these hotspots, where Sawalha has made the old new again, reshaping often neglected interiors into thriving modern spaces. 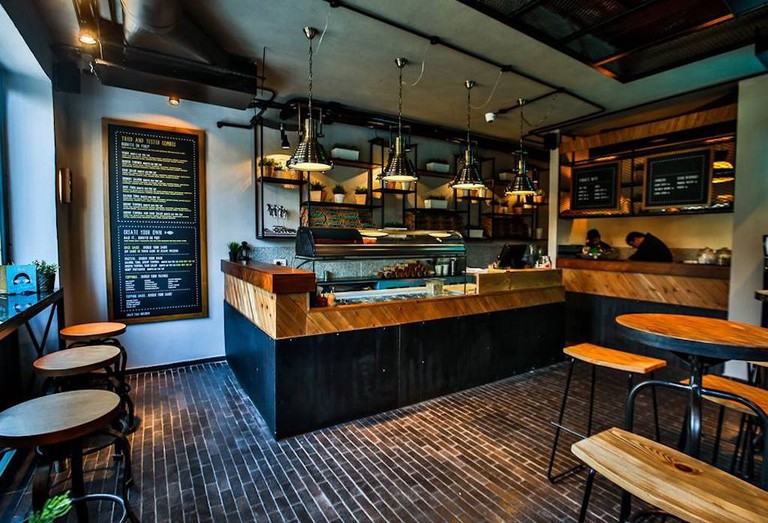 Poke bowls (Hawaiian-inspired raw-fish salads) have been hitting cities across the globe, and Amman is no exception. Fishface, a poke takeout spot on the ground floor of a commercial complex in Abdoun, feels fresh and inviting. Sawalha removed the false ceiling and stripped the space down to the girders to reveal the true potential of the space. He says his design – industrial ceilings, cement-finished walls, steel and wood counters, and brass pendants, combined with natural basalt stone floors – was “intended to complement Fish Face’s raw and natural ingredients.” 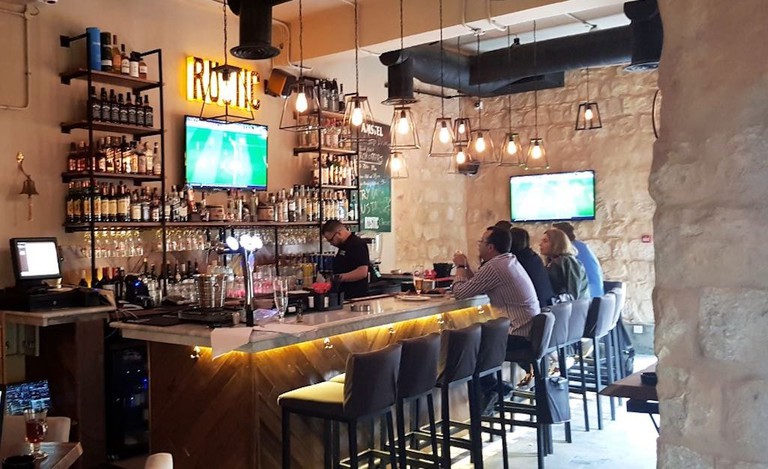 A beautiful execution of the old-meets-new trend in Amman, Rustic is housed in an historic building from the early 1900s, with contrasting streamlined interiors. This Jabal Weibdeh bar – and they’re adamant about being a bar, not a pub – features a patio anchored by a 150-year-old olive tree brought from northern Jordan, chosen for its symbolism in the Arabic culture of peace and blessings. With great bartenders, tasty food focussed on quality ingredients and occasional weekend grill events, this is a stylish courtyard you’ll want to visit again and again. 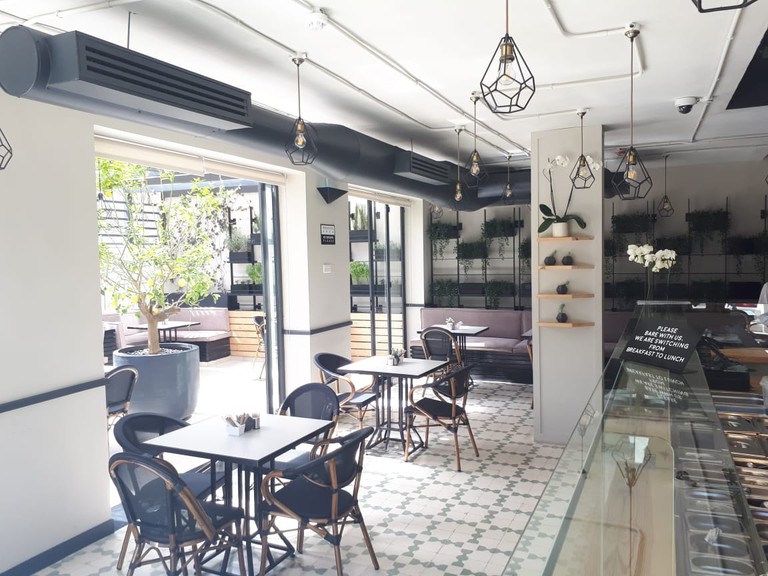 A haven for healthy eaters in the heart of Abdoun, Pepper & Pine is an upscale salad bar offering to-order hearty bowls and wraps with dozens of nutrient-rich ingredients like kale, caramelized chickpeas and edamame. Sawalha set out to create an organic space with lots of light and clean sharp colors, that would mimic a well-composed salad. It came together effortlessly, he said, thanks to “lots of vegetation, beautiful locally sourced and handmade tiles, light-colored pine wood, black steel, and an old lemon tree on the patio.” 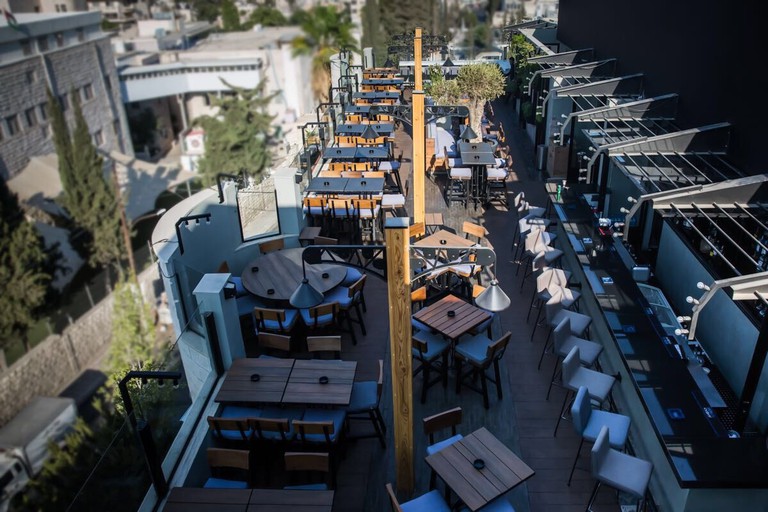 Located near the second circle, District is a chic rooftop bar with views of downtown Amman, located on top of the Shepherd Hotel. The fourth-story roof had been lying dormant for over 10 years, used as junk storage. Sawalha rescued the unused space and designed all the lights, sleek chairs, tables, and sinks to define District’s unique identity. He pulled together his favorite elements of steel, wood, and cement, complemented by greenery for a “raw and authentic design experience.” Sawalha beams, “District is Amman’s summer spot.” 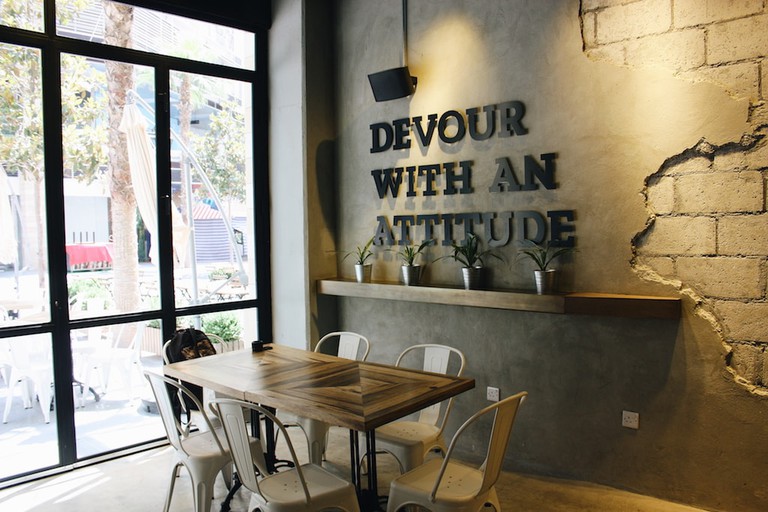 A casual chic taco and slider resto located on a swanky pedestrian-only shopping street in Abdali, Free the Fork (or FTF for short) is a sister restaurant to District. Newly opened in June 2018, it is one of many reasons to visit The Boulevard. While not his usual old-becomes-new project, Sawalha purposefully left portions of cement building blocks exposed in the newly constructed space – his variation on the typical exposed-brick walls of older buildings. He designed the space to accentuate the open exhibition kitchen, and used blue-toned handmade tiles and oxidized brass, along with reclaimed wood and rusted steel, for a tranquil but inviting restaurant where operations are transparent. Sawalha says, “Nothing is hidden in FTF. All the functional working elements of the space are exposed, from the building blocks to the hardworking staff.” 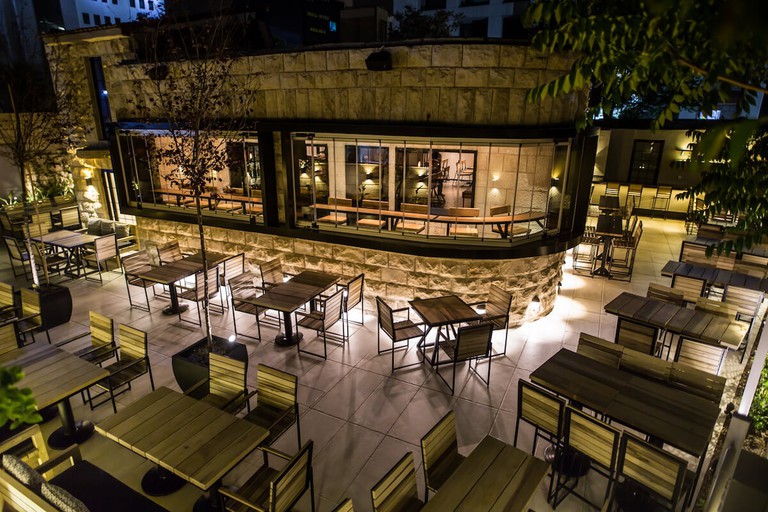 Located in an renovated villa behind the Third Circle, this bar and restaurant’s spectacular wraparound patio steals the show. Sawalha’s contribution included the outdoor layout, landscaping, and lighting. He claims it’s another project that designed itself, owing to the beautiful historic building. “With the intention of enhancing the existing old structure, I filled the space with jasmine vine, birds of paradise, and many other kinds of plants that make this project a special escape from its busy surroundings.” 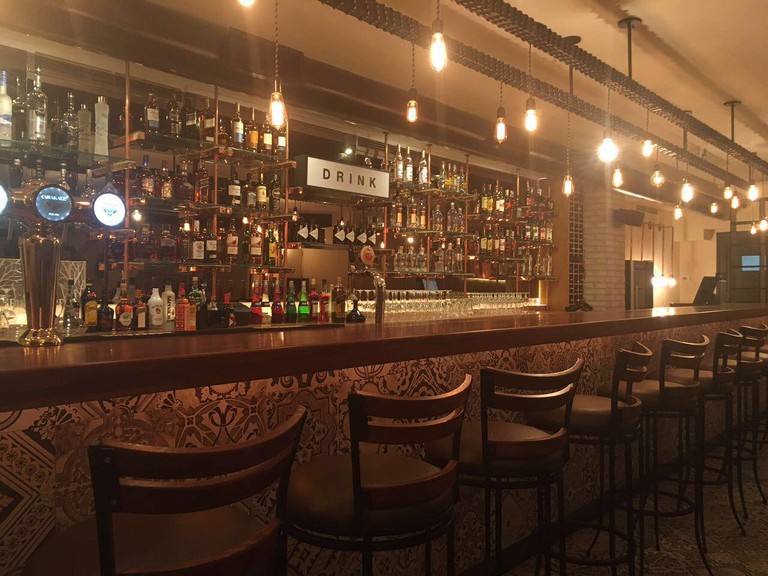 The first cocktail speakeasy in Jordan, and Sawalha’s first project as a freelance architect, OTR is a chill lounge space with an exclusive feel that’s garnered rave reviews from travelers and locals alike. Sawalha says he selected copper, glass, wood, and vintage tile designs, with an Art Nouveau flavor, “to give a cozy, warm, and dim-lit atmosphere; to complement jazz, blues, and funk music; and provide the perfect ambience for some of the best cocktails in town.” Note: OTR is open seasonally, winter through spring, and is closed every summer.